The northern face of Toronto's development-crazy Liberty Village neighbourhood is about to experience a transformation of the vertical variety, if all goes well for the area's biggest real estate landlord.

First Capital Realty has development application with the City of Toronto to add six additional storeys of office space to their headquarters building at 85 Hanna Avenue.

The modern mid-rise, also home to a popular Goodlife Fitness club, a Starbucks, an LCBO and Mildred's Temple Kitchen, can be accessed both from inside Liberty Village and from King Street near Atlantic Avenue, where it sits atop a huge set of stairs. 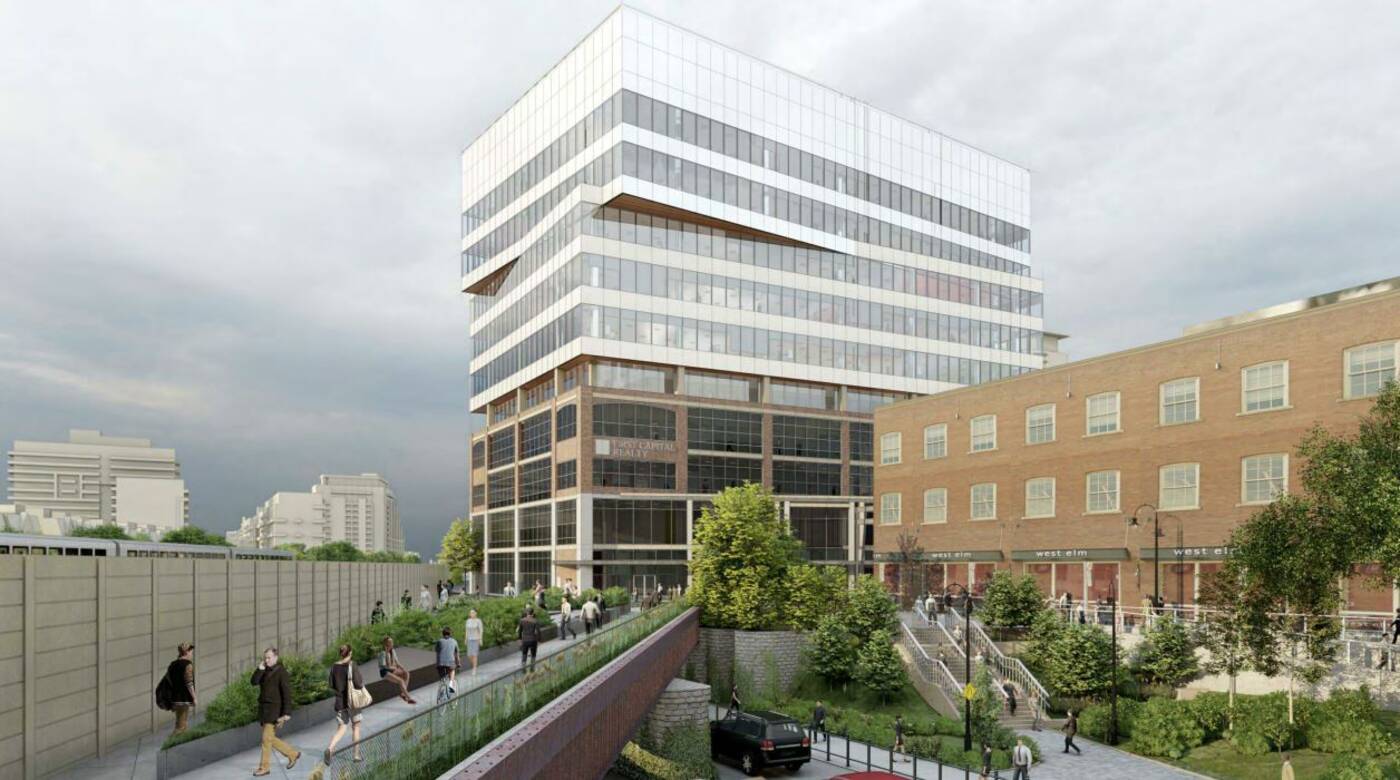 It's one of the neighbourhood's defining retail and office hubs, and the first of three properties along Hanna Ave. that developers have targeted with zoning by-law amendment applications over the past year.

The proposed addition, if approved, would more than double the four-storey building's current height and add another 11,525-square-metres of office space to the already-bustling mixed-use complex.

Renderings included in planning documents suggest a green roof on the resulting 10-storey tower, which would rise high above any other buildings (some of them heritage) in the immediate area. 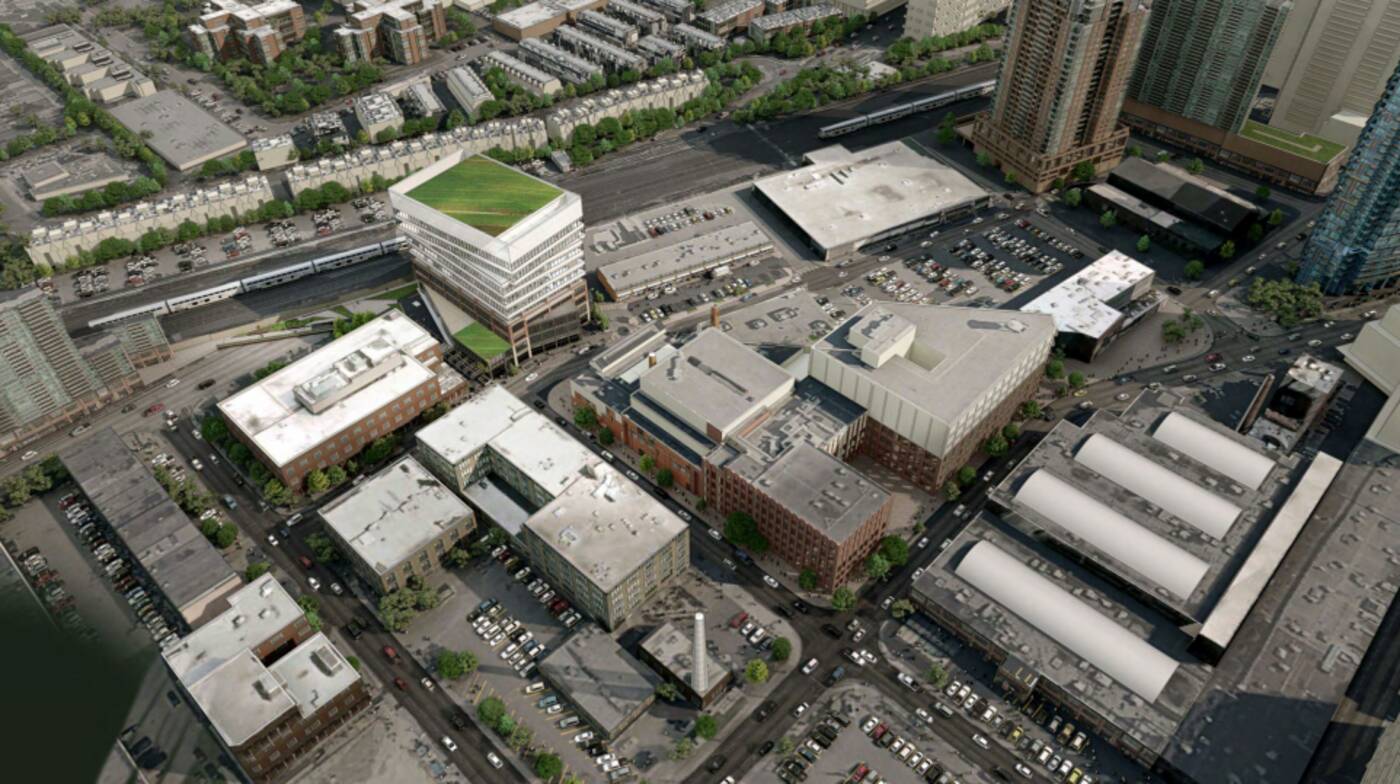 A planning rationale document prepared by Bousfields Inc. states that the building would boast a total of 307 parking spots as well as 58 bike parking spaces, post-renovation.

The existing base building will be retained with only minor alterations and "continue to be clad in a brick masonry finish to respect the industrial heritage of the Liberty Village neighbourhood."

Two offset, three-storey glass volumes are proposed atop the existing structure. A glazed spandrel "crown" will sit atop the new addition and form part of what developers call a "curtain wall system." 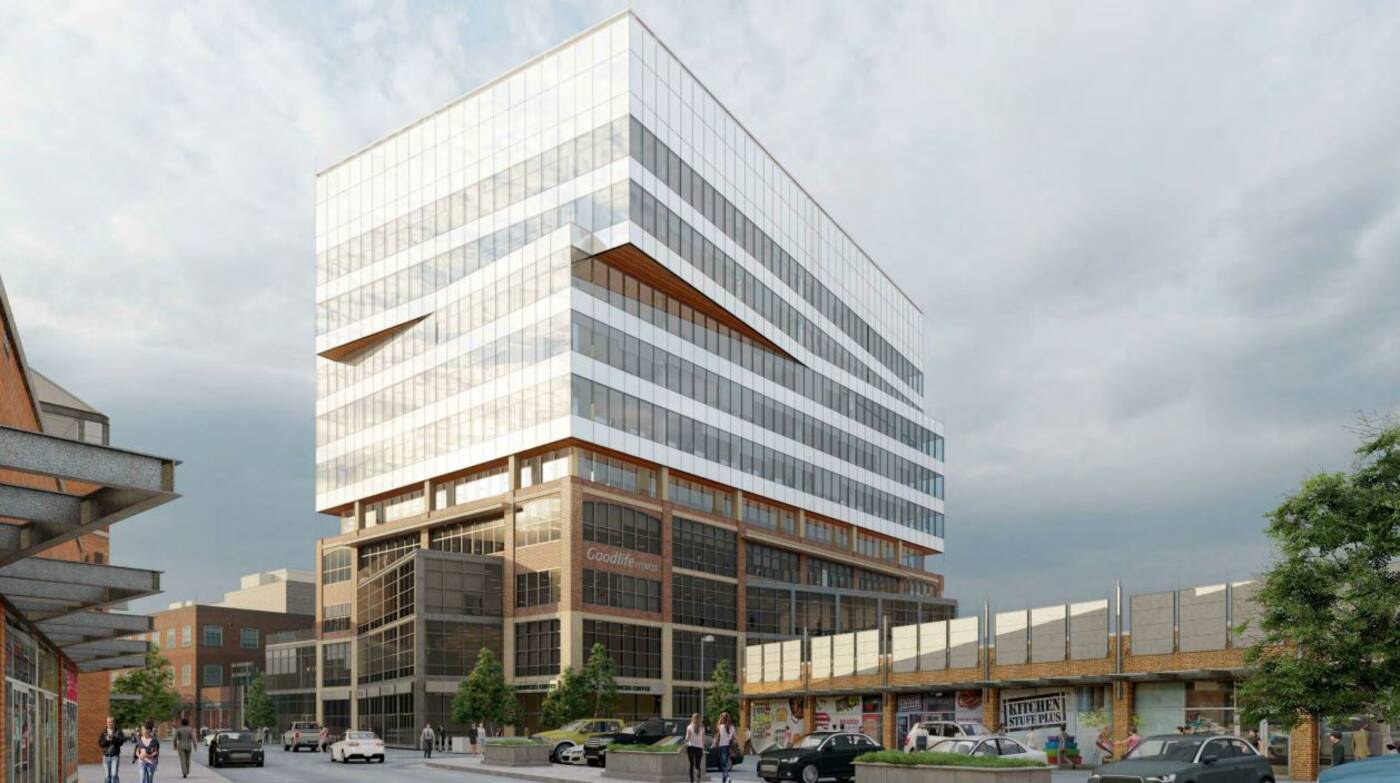 "As Liberty Village continues to mature as a vibrant mixed-use community, there is growing demand for further intensification to accommodate additional people and jobs in the neighbourhood," reads the development proposal.

"First Capital represents one of the largest commercial landlords in the Liberty Village context and has advised of growing demands by prospective tenants for additional office space. As a result, the proposal to expand the existing 4-storey building is in [response] to market demands."

Sorry noise-fatigued Liberty residents: it appears as though the constant construction surrounding us will continue even after every parcel of land is built over.