I feel like some people—namely this landlord—need to be told that just because you have a basement in Toronto, doesn’t mean it’s fit to be an apartment.

The listing says “storage room” and I’m not sure if that’s what this basement used to be or if they’re saying there’s room to store things. By the looks of it, I’m going to say the former.

Anyway, let’s break down this nightmare of a place.

First off, the listing doesn’t say there’s a separate entrance, which means you probably have to traipse through the main house to get into your hovel. If the stairs to the basement aren’t immediately at the front door, you’re always going to run the risk of bumping into whoever lives there. As an introvert, this is my worst nightmare.

You walk in and the whole family is just eating dinner. Do you just sheepishly wave? Do you make awkward chit chat about the weather and how your day was? What’s the protocol?

Anyway, once you’ve presumably escaped terrible small talk and made your way down into your dungeon, you’re greeted with this small dresser/counter-top-unit-thing that juts out just enough to permanently damage your shins. Ah home! 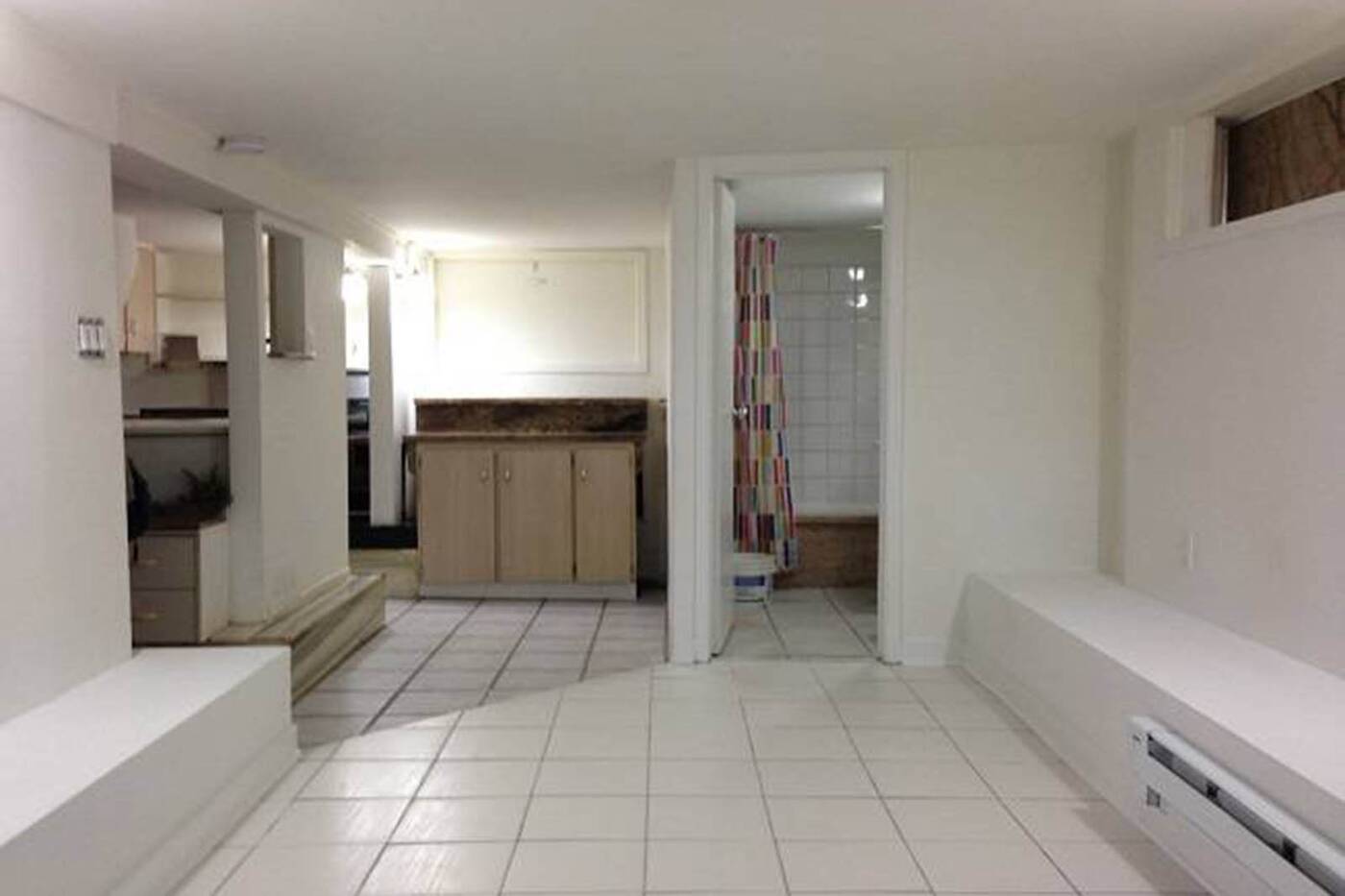 Then you enter into your studio, which has three different types of tile to distinguish the various zones of the apartment… obviously. 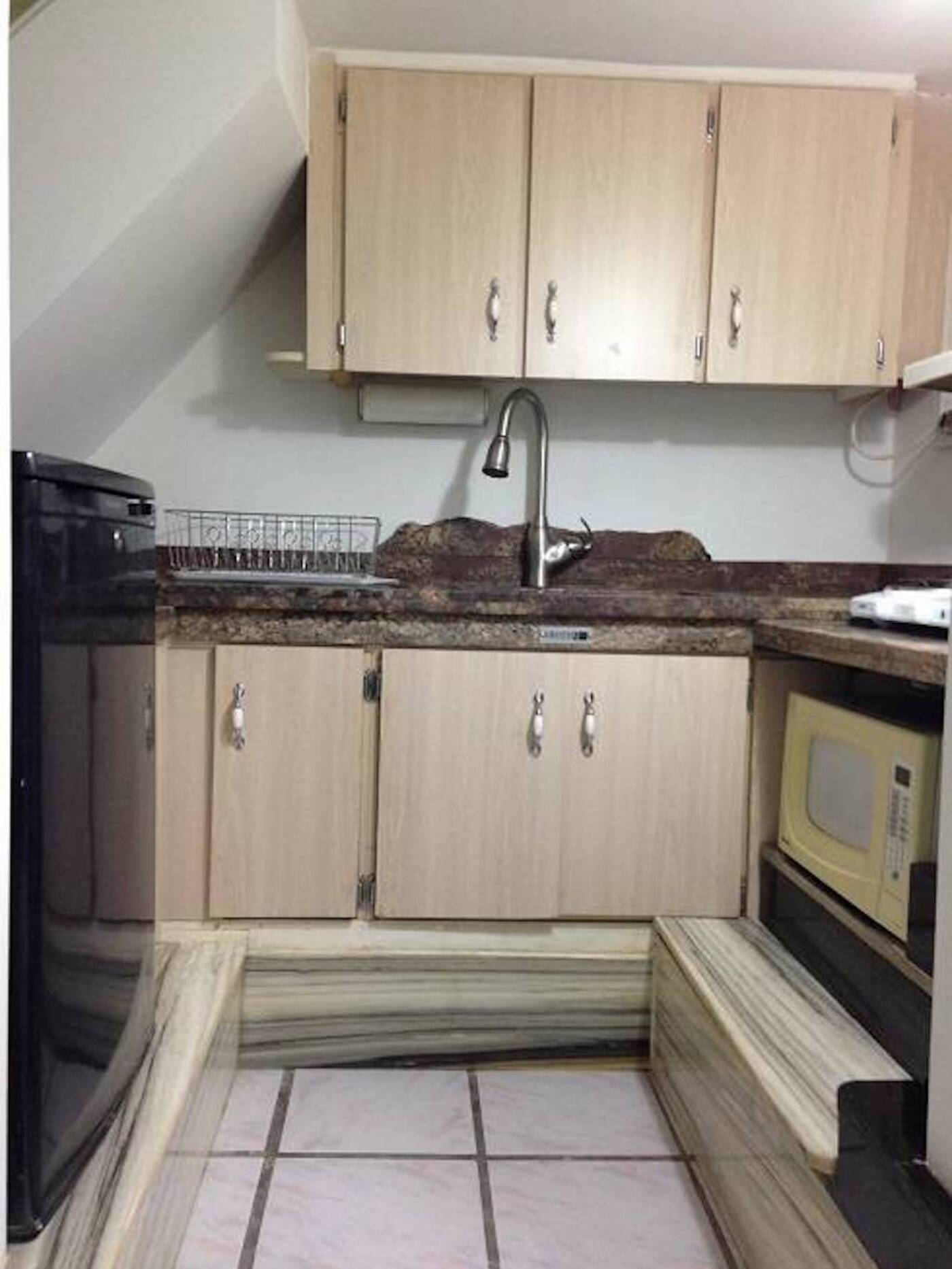 The kitchen is under the stairs (insert Harry Potter joke here). And if it wasn't obvious before, it's now extremely clear as to why kitchens shouldn’t be built under stairs.

Mainly because you can’t fit a fridge … or at least not a full-size one. There’s a bar fridge, because who doesn’t like grocery shopping every day?

Oh, and did you need an oven or a stove? Would a microwave work? Because that’s all you get! Lean Cuisine diet, here we come!

The whole space is made even more cramped by the fact that everything is raised up two feet by the weird platform riser thing, which has been covered in marble contact paper. Seriously, why would you put a kitchen under the stairs? Who built this place? 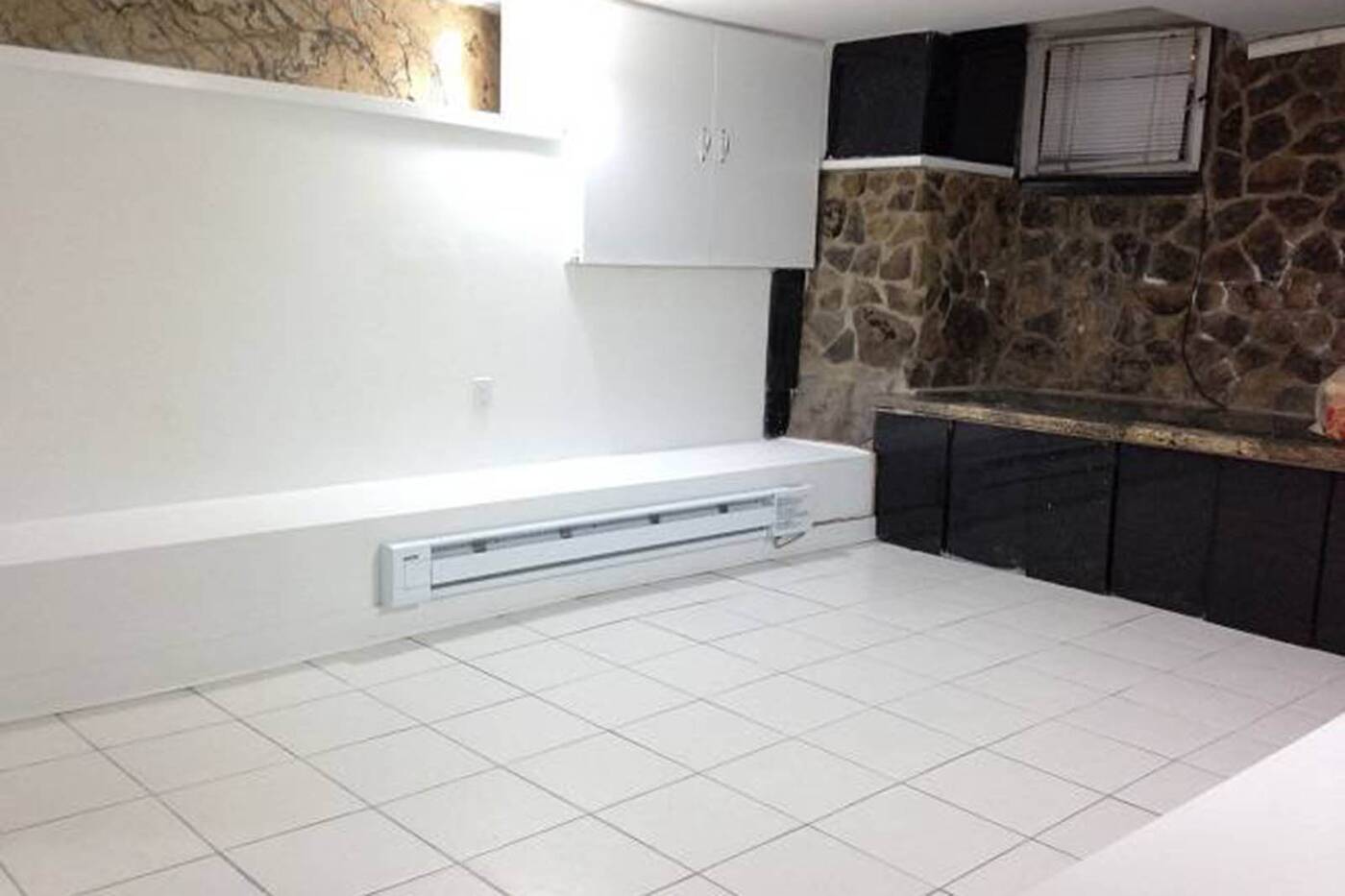 Now, for the main room, that is, where you will be doing all your “living.” One wall is all stone, like the kind you see in ski chalets. On the same wall there’s also a weird stage thing that looks like a stage at a run-down strip club with its glossy black finish.

On the other two walls it’s like there are built-in benches or platforms that extend about two-feet from the regular wall, making what little space is available even smaller.

This makeshift basement studio is only 350-square-feet, of which probably about 100 of that is taken up by the weird walls. And, all of it can be yours for the outrageous price of $1,150 a month.

You do get one window though, and the bathroom comes with a tub! Such luxury!

Storage. Just storage though. This shouldn’t be an apartment. It should just be a storage room. Like it was meant to be.

If the thought of having to make possible small talk with whoever lives in the rest of the house upstairs is giving you anxiety. 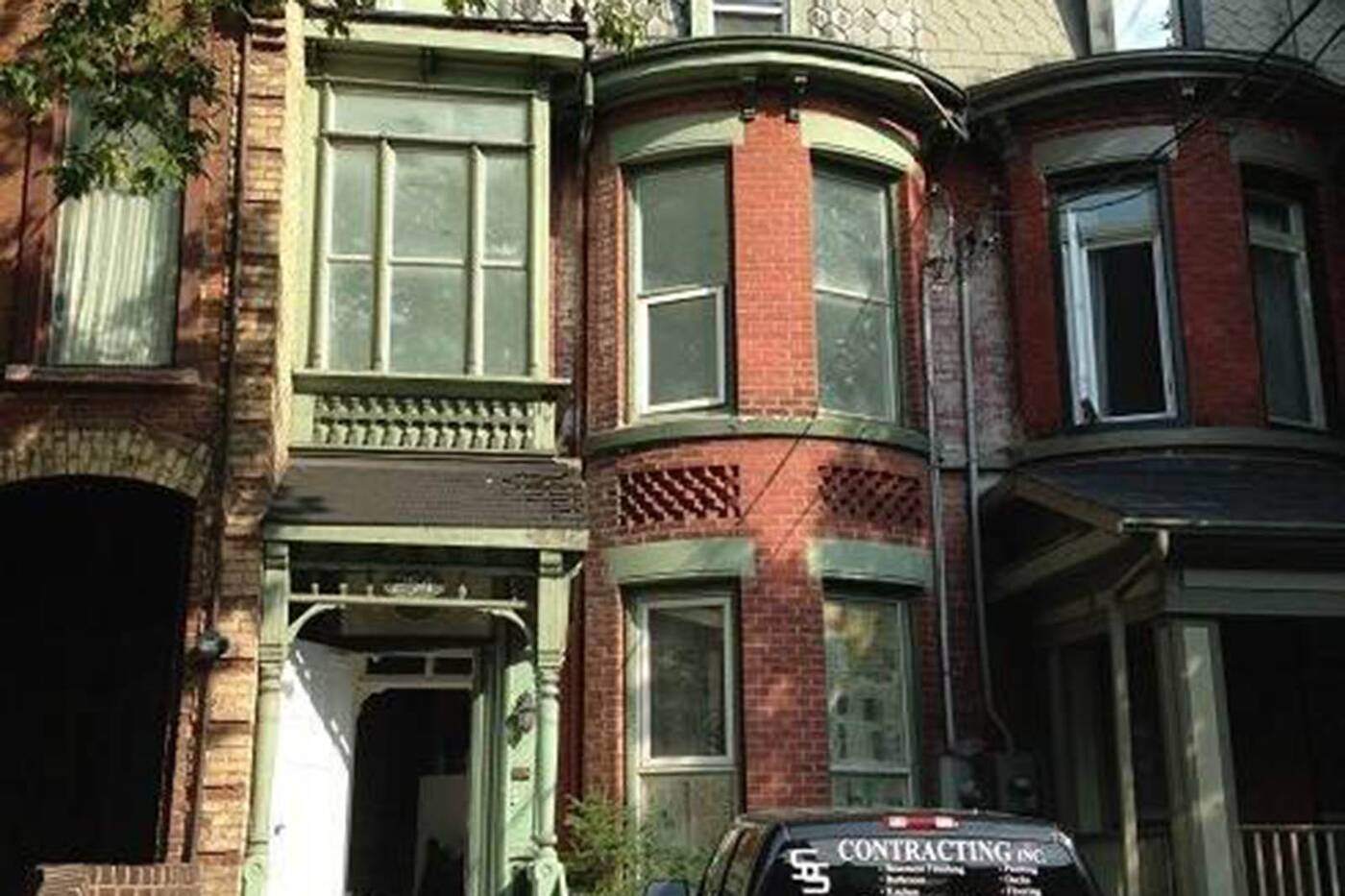