Rental of the week: 79 Kendal Avenue

This house is so dated that some of the features could be considered relics in a historic museum.

The apartment is in an old Annex house, and by the looks of it, I don't think they’ve renovated it since it was built. 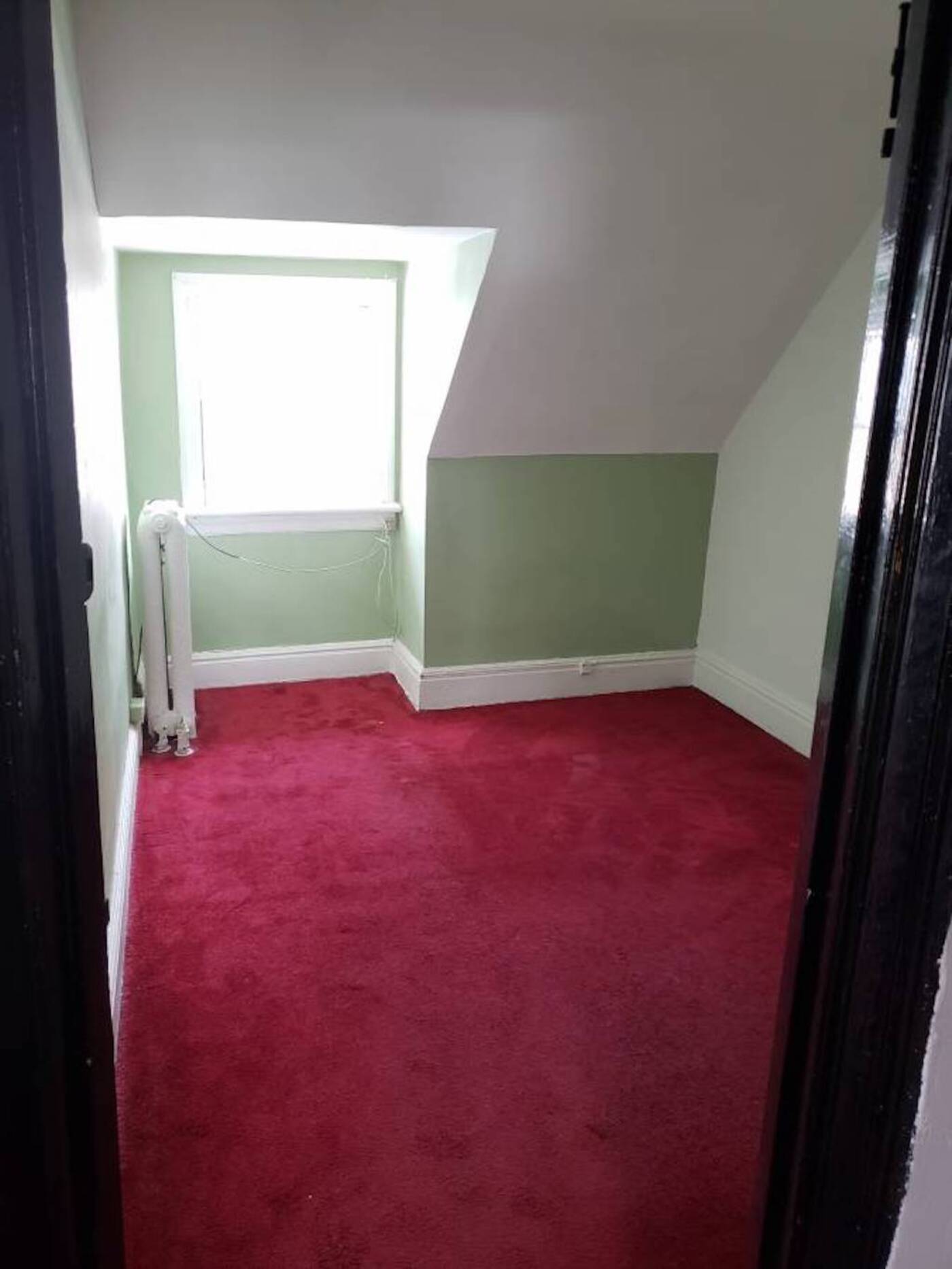 The green paint combined with the blood red carpet that the listing informs me is "wall-to-wall" (shudder) is like Christmas gone wrong. 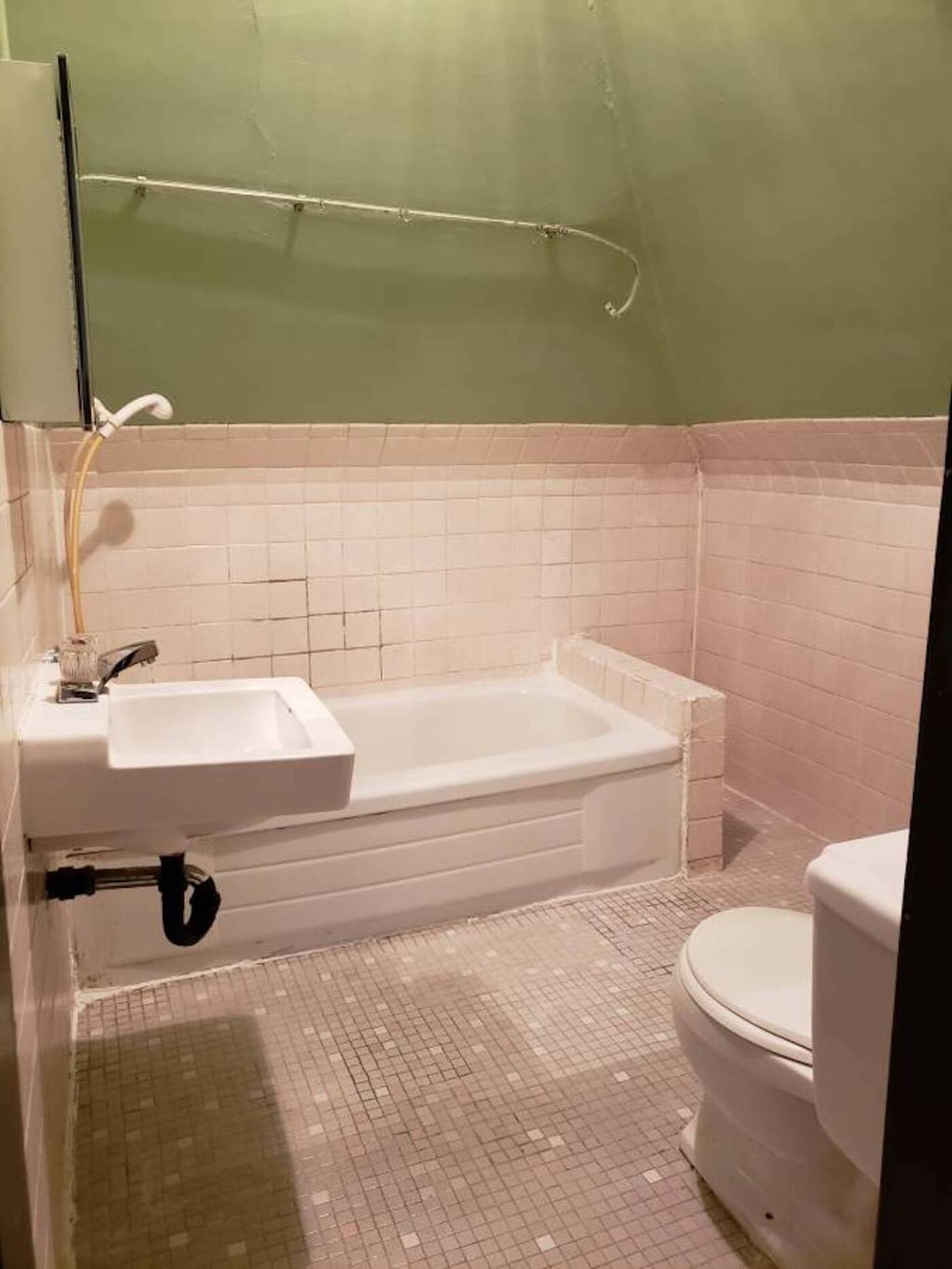 The bathroom is horrendous. I would wear flip flops in there with the amount of dirt in the grout I can see clearly from the grainy picture. The shower head is placed at chest level for average height people, so showers become an exercise in back flexibility or thigh muscle strength.

Let's also take a moment to talk about the shower curtain rod. Why is it so misshapen? What happened? Can it even hold a shower curtain without falling out of the wall? My guess is no. 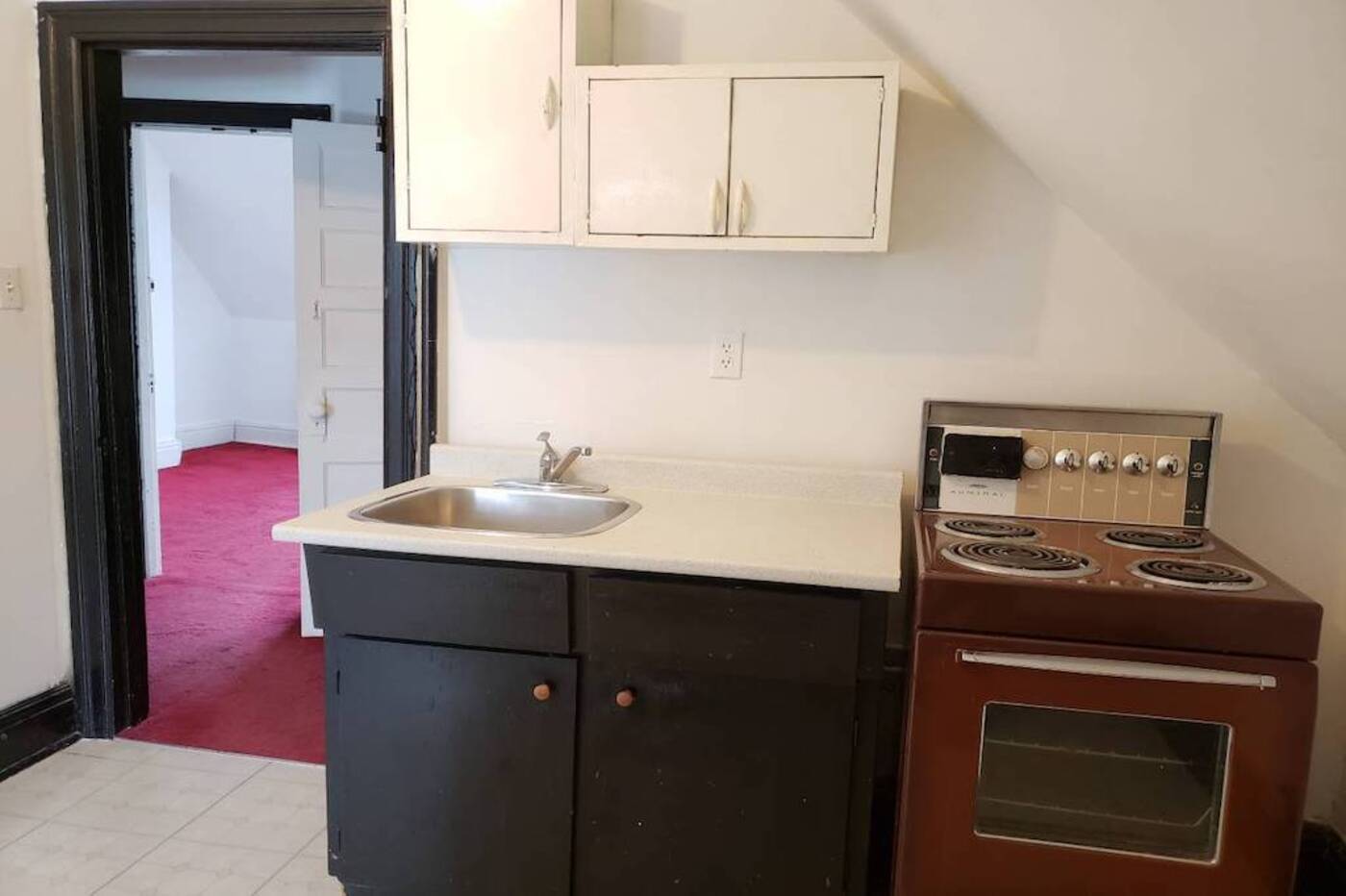 The kitchen is tragic at best, with a stove from the early 1900s and cupboards that I don't think will actually fit plates. Have fun trying to store your pots and pans. I hope you're good at Jenga. 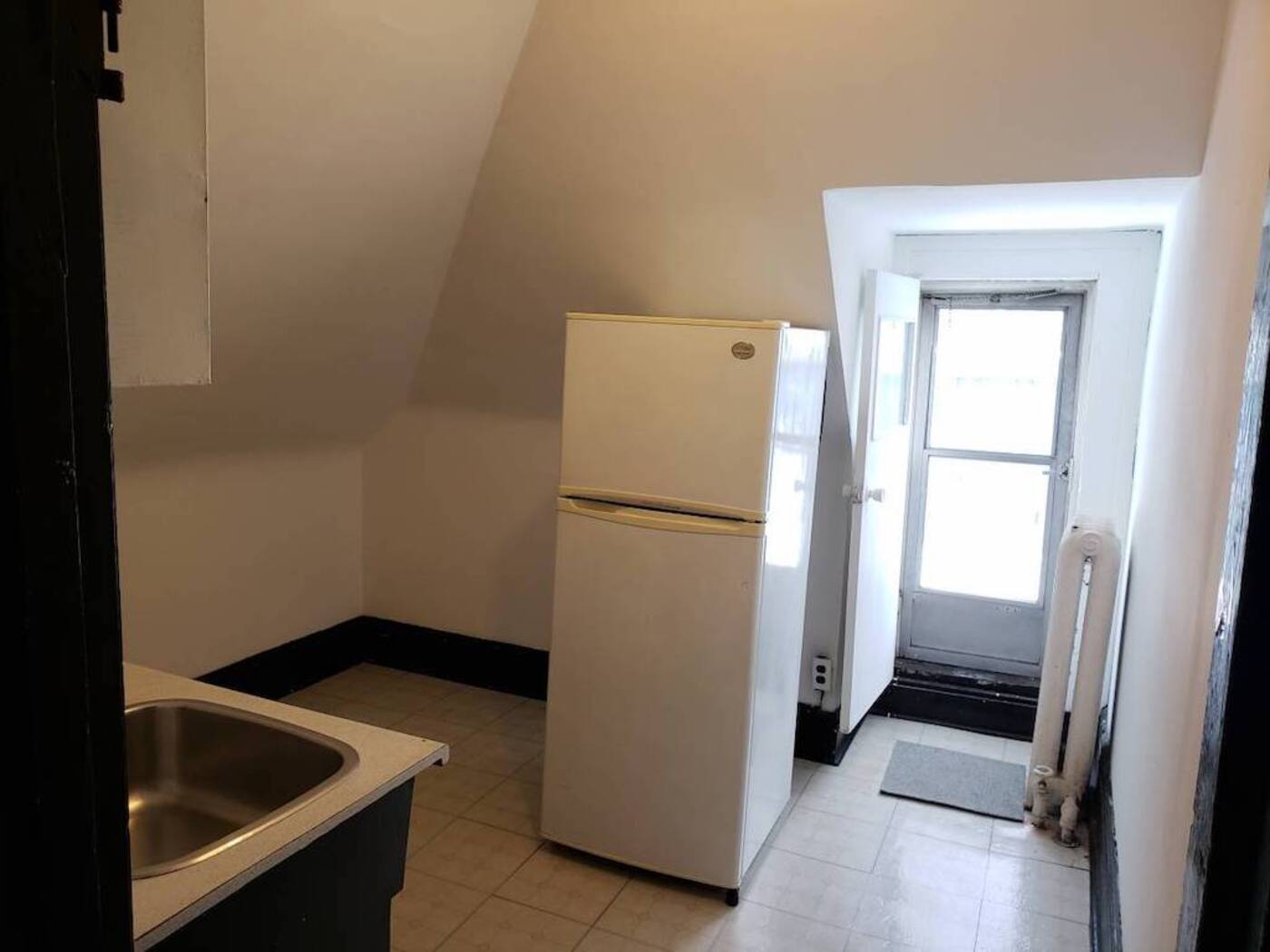 All the ceilings are sloped, so finding furniture that fits the space will be a nightmare, and the floors are probably slanted too... but who cares about that when there's a deck! A deck! Maybe this place is worth $1,700 a month if it has an awesome deck.

Then again, if this apartment is any indication of the condition the deck is in, it might not be structurally sound. There are no pictures of this deck, so maybe it's already rotted away. 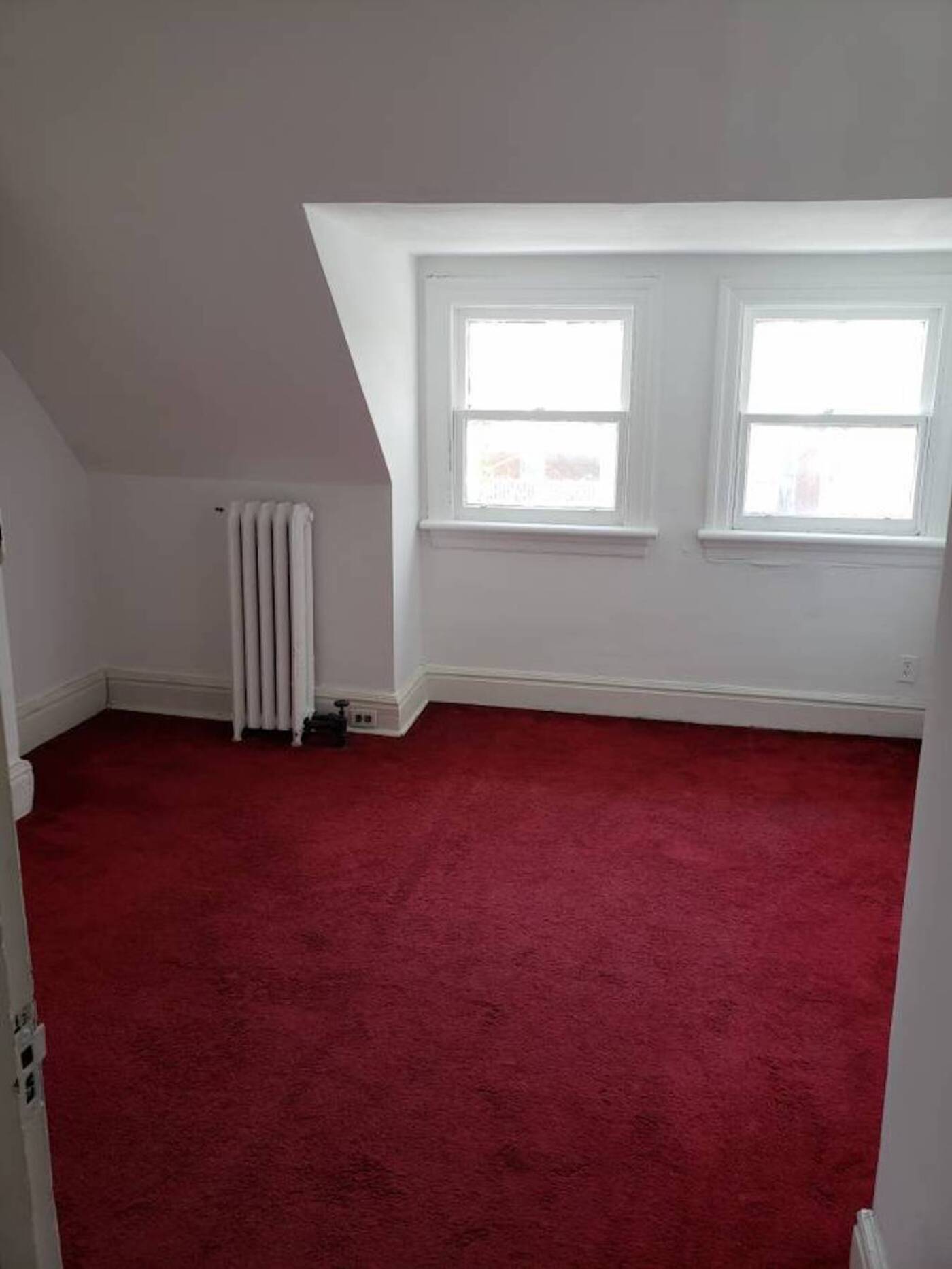 People who say they were "born in the wrong generation."