These were Toronto's most expensive condos last year

Conventional wisdom holds that condos are a lot cheaper to buy than detached houses—and, despite a sharp increase in average prices for the former last year, this remains true in the City of Toronto. Mostly.

Luxury condo units are in a class of their own when it comes to the real estate market, fetching as much as $30 million in some cases (though they're more often found in the 7-figure range).

Swanky as these pricey pads may be, those who purchase them are often looking for something beyond marble bathrooms and sweeping penthouse views: They're looking for an impressive address.

Using 2018 data from the Toronto Real Estate Board, listing service Zoocasa recently looked at which particular buildings in this city are most expensive for buyers on a price-per-square-foot basis.

Only buildings with at least 10 transactions over the course of last year were included, and figures were based on both dollar volume for the year and the estimated total square feet sold.

What they found likely won't surprise you: Six of the city's 10 most expensive buildings can be found in the conspicuously ritzy hood of Yorkville. The other four are in Summerhill and Toronto's Financial and Entertainment districts.

The most expensive building of the bunch turned out to be the Four Seasons Private Residences at Bay Street and Yorkville Avenue, with an average of $1,770 per estimated 19,200 square feet sold. Over $33,977,000 worth of real estate changed hands here in 2018, according to Zoocasa.

In second place are The Residences at the Ritz-Carlton on Wellington Street near John. This building has higher unit prices in general than the Four Seasons, but still averages only about $1,369 per square foot ("only") by Zoocasa's estimations.

The Exhibit Residences in Yorkville came in third with an estimated average of $1,350 per square foot, though it's of note that the cheapest unit sold there last year was just $580,000 — which almost sounds attainable contrasted against the most expensive unit sold there at $1.6 million.

Find the full list of Toronto's 10 most expensive condo buildings, courtesy of Zoocasa, in the infographic below. 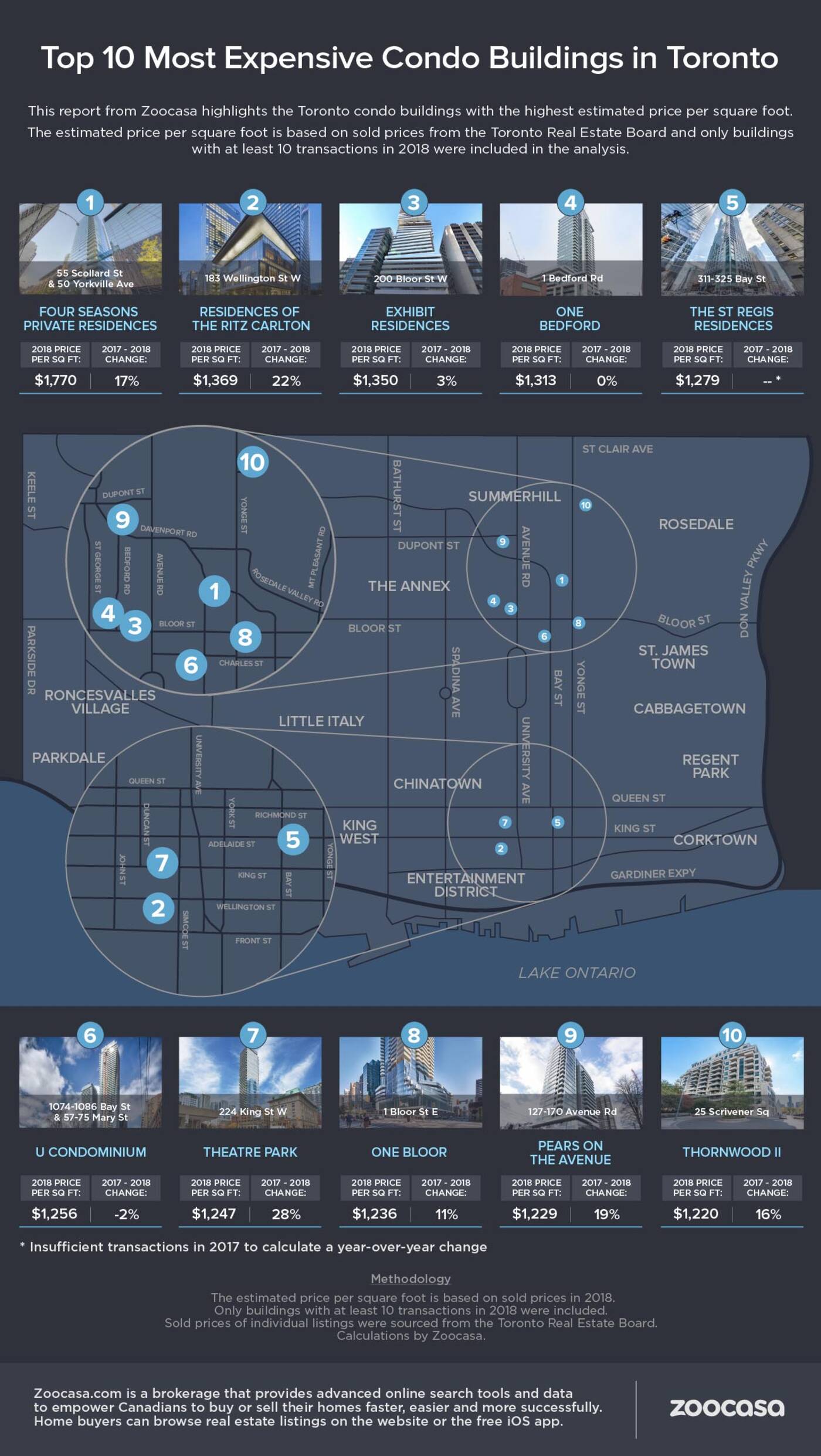