One of Toronto's most unusual homes is for sale

A once-controversial house that stirred neighbourhood resentment for its colourful exterior and outlandish design is now on sale for nearly $3 million.

For over 20 years, the blue, geometric structure at 1 Bond Ave. has been a point of intrigue for drivers and pedestrians travelling along Leslie St. between York Mills and Lawrence.

Unlike any other residential properties in the city, 1 Bond Ave., along with its equally wonky counterpart 3 Bond Ave. next door, have perplexed and vexed their neighbours—and at one point (if you can believe it), even had a hard time selling. 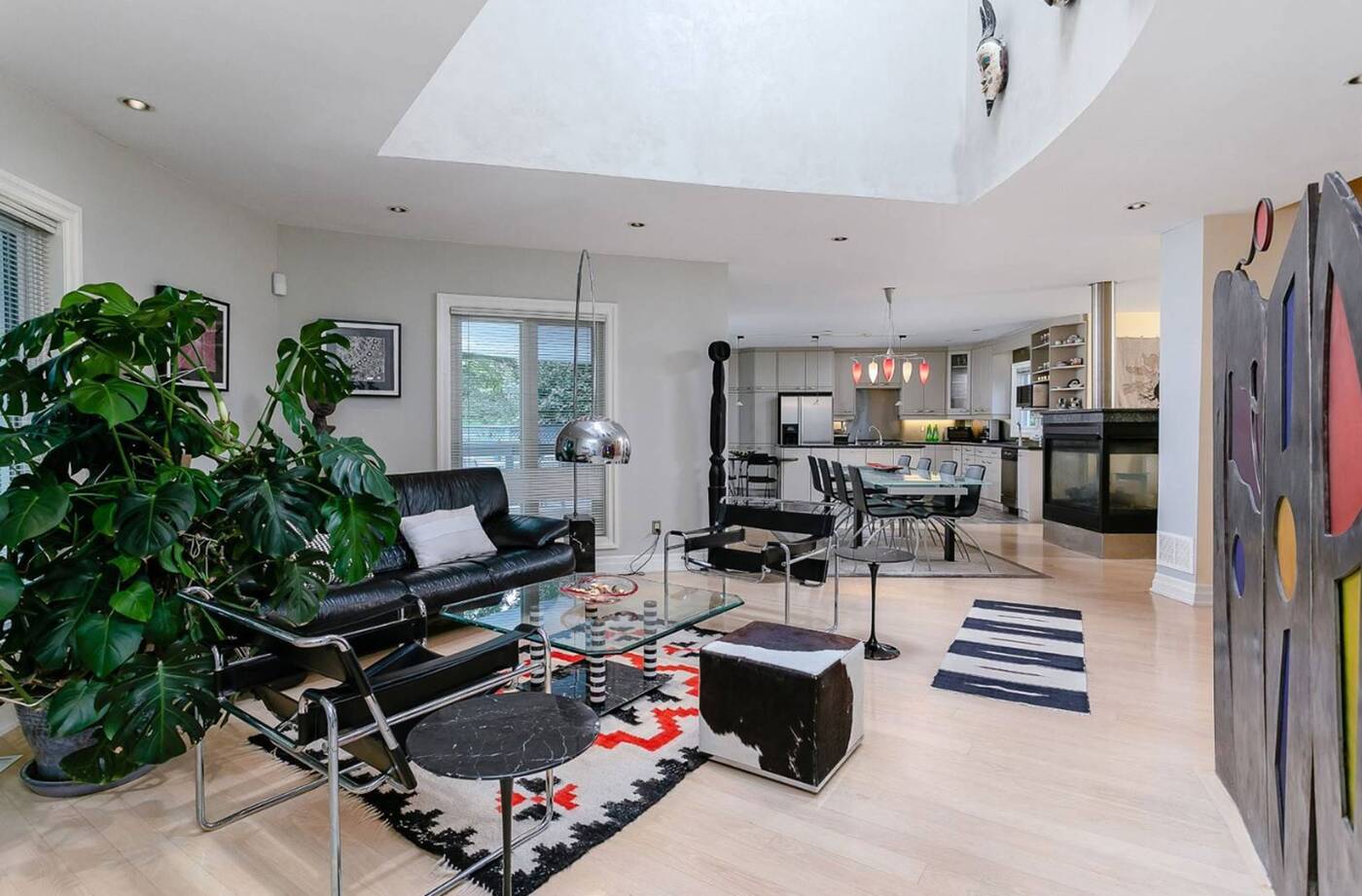 One Bond Ave. was designed by architect Zak Ghanim in 1996. Photo via Sotheby's International Realty.

Commissioned by real estate agent Nick Bernhard and designed by prolific architect Zak Ghanim in 1996, both designs were equally lauded and criticized for their cartoonish, Fegan Floop-esque colour palettes of purple, blue, and yellow when they finished construction.

The design, which Ghanim won several awards for, was so unusual that some local residents—horrified by the indecorousness of it all—complained, stalling permit approvals for more than a year.

Though the property received endless media attention, it seems the pearl-clutching citizenry of Toronto just wasn't ready to trade in more common stucco finishes and asphalt shingles for the unconventional, accordion-like design of 1 Bond. 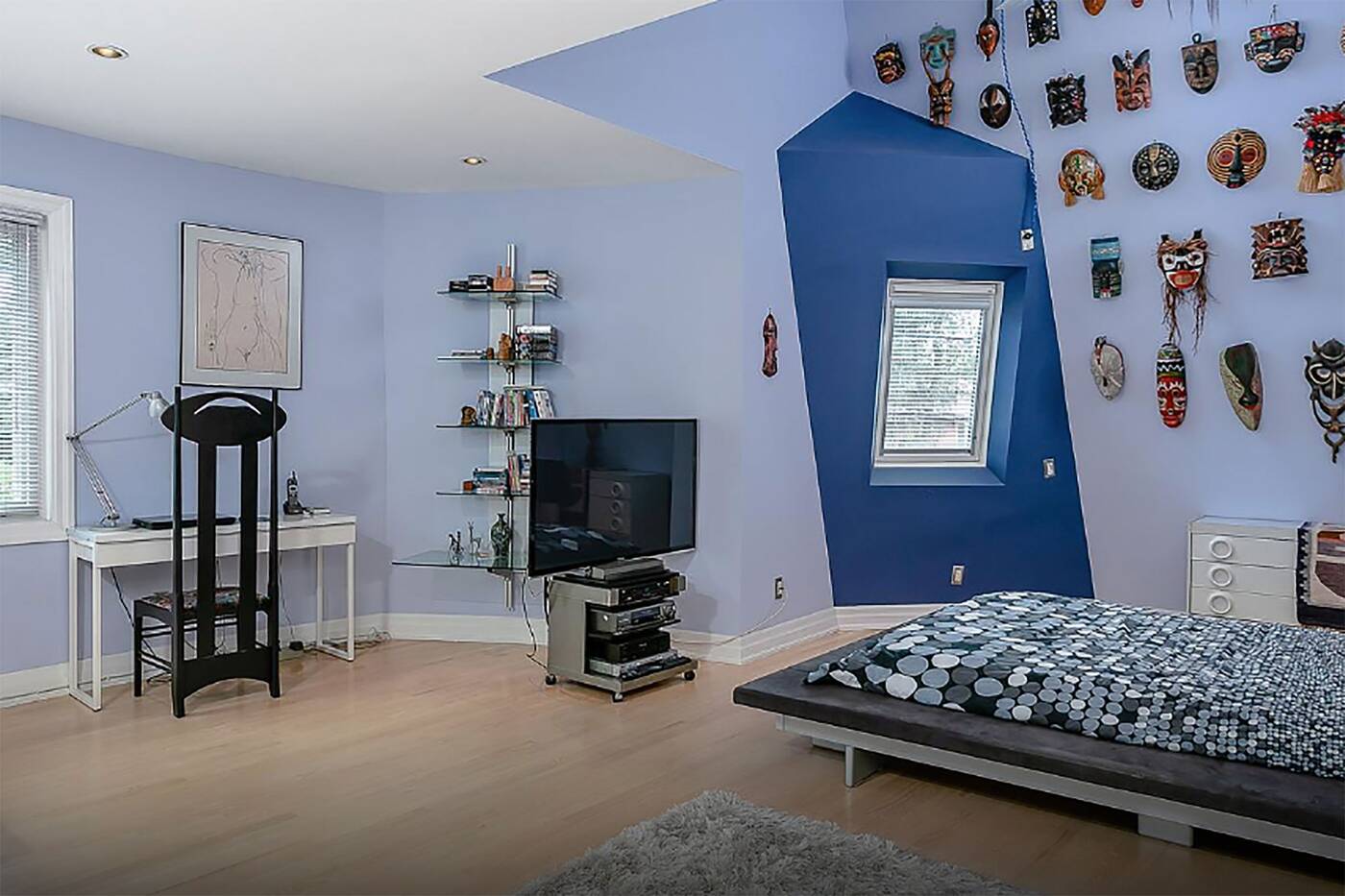 Bernhard, who was living in 3 Bond at the time, put up the neighbouring house for sale in 2004 and searched for a buyer for six months before eventually selling 1 Bond for $750,000, down from the original asking price of $895,000.

Today, the house is listed by the luxury real estate company Sotheby's International Realty (whose agents are also currently in charge of selling Canada's most expensive home) for $2.95 million.

With three bedrooms, two fireplaces, and a perennial garden that surrounds the perimeter, the home is definitely a little less eye-catching than its exterior, but that's not saying much, considering the focal point outside is the dagger-like truss over the portico. 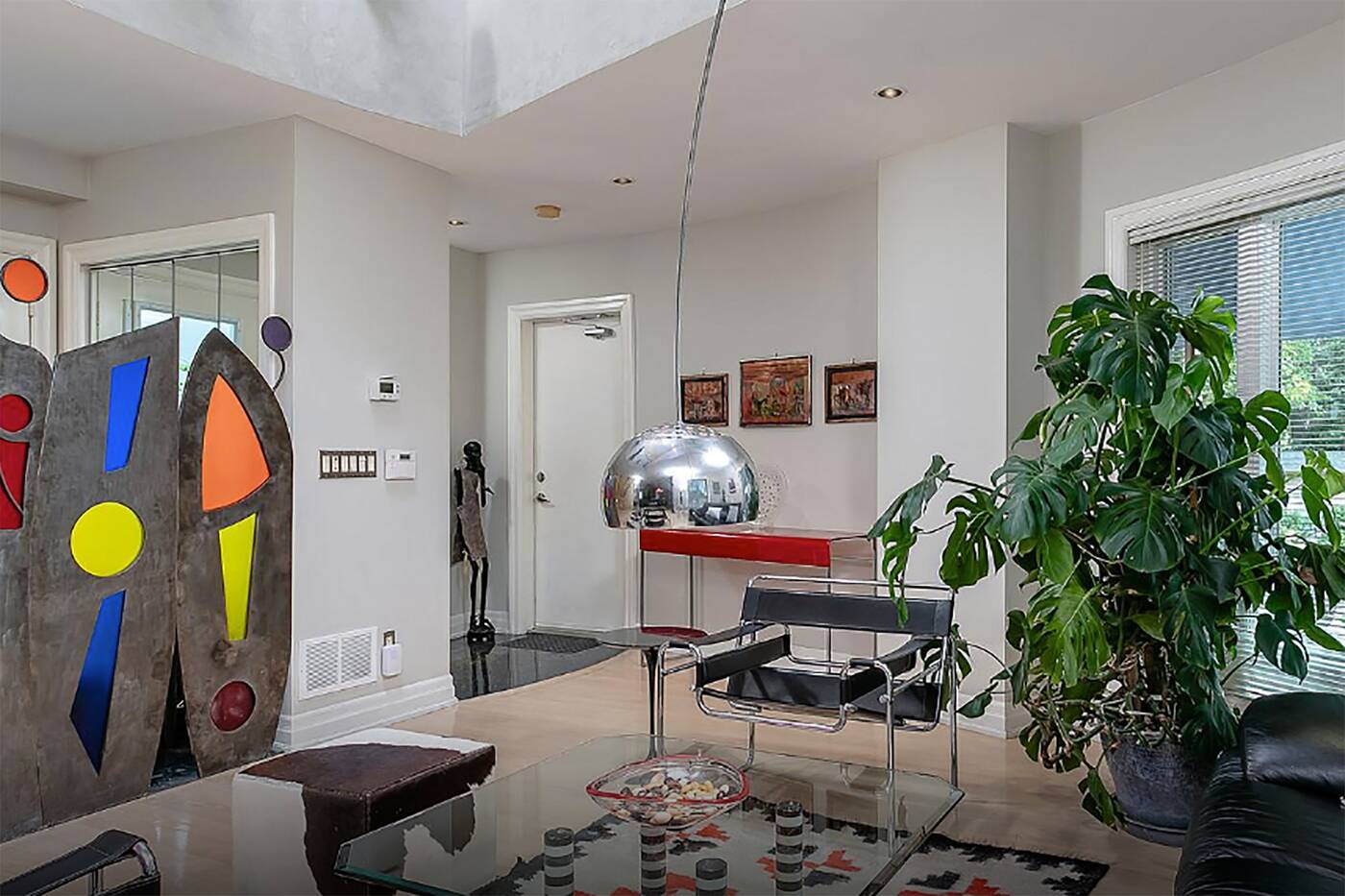 Once sold for under $750,000, 1 Bond Ave. is now going for an asking price of nearly $3 million. Photo via Sotheby's International Realty.

You'd think the increase in price would imply Toronto's taste in residential design has gotten more creative over the past decade, but don't be fooled. That's just the reality of the housing market in general.

Real estate prices across the board have gone up exponentially since Ghanim introduced his designs to this quiet little North York neighbourhood.

In fact, many neighbouring homes covering over 5,000 square-feet of land run upwards of $3 million, meaning this iconic piece of architecture is still selling sh0rt, considering its artistic value.

Perhaps the fact that both 1 and 3 Bond Ave have been re-painted to more subdued colours (meaning, without the yellow) since the early years of its introduction will help the property's sale this time, though there's a chance a more adventurous international buyer might bite if Torontonians don't come around.