Weekend events in Toronto will give you a chance to dress up as any superhero ever combined with any Frozen character ever. If the rando Family Guy guy asks you what else is up in town, there's a comfort food fest, a dance festival, a crowdfunded Kpop concert (what), and a ton of live music and film screenings. Or, take him to the motorcycle show and have him impersonate motorcycles.

Comicon (March 20-22, Metro Toronto Convention Centre)
At one of the year's biggest fan events eager geeks will find entertainment, vendors, speakers, and more, while gawkers hang out on TTC feeling mild envy toward the youthful exuberance of the city's cosplayers. There's also film at the Bloor: 1986's Transformers movie will be followed by The Cybertronic Spree playing the classics live in costume. Read our full preview here.

Bassweek (March 20-29, various venues)
The fifth annual Bassweek returns to Toronto for five nights of drum'n'bass madness (and a sprinkling of other bass-related genres), with events at the Hoxton, the Phoenix, and Tota. The lineup is full of veterans and superstars of the genre, including Drumsound & Bassline Smith, DJ SS, Micki Finn, Metrik, Delta Heavy, and many more. BB

Curryfest (March 22, 2nd Floor Events)
Toronto's first Curry Fest comes from the same folks behind Yum Cha. Find authentic dishes rooted in Southern and South East Asian cuisines, along with variations popularized in the UK - plus some modern interpretations from Toronto chefs experimenting outside of their comfort zones. If you're wary of food fests, we understand. LI 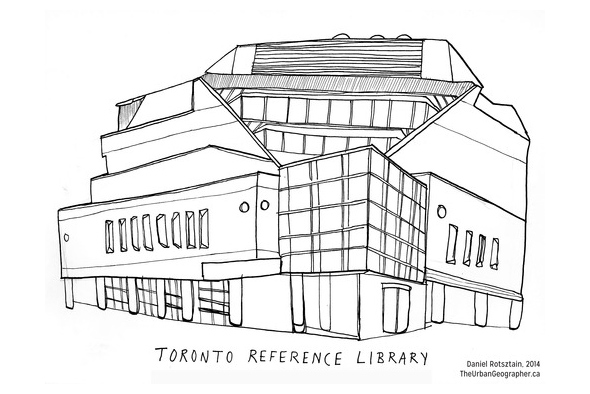 All the Libraries (March 19-26, Autumn)
Bibliophiles can see a show of Daniel Rotsztain's "All the Libraries" drawing project on Roncesvalles Ave from now until next weekend.

Water Docs Film Festival (March 20-28, Jackman Hall)
Timed perfectly with the weather, from March 20-28 the AGO's Jackman Hall will screen documentary films about... all things water. DamNation will open the festival at 7pm on Friday.

Melody (March 21, Royal)
Kid Power!, Toronto's only cult screening series for kids and adults, is back with a screening of Melody, which inspired (that's a kind word) Moonrise Kingdom but is, I can assure you, one zillion times better. It's one of your heart's favourite movies, even if you don't know it yet.

I for Iran (TIFF, until April 3)
At TIFF, the I for Iran series, curated by Iranian filmmakers, is screening a can't-miss retrospective until until April 3rd. This weekend see Abbas Kiarostami's award winning 1987 film Where is the Friend's Home? on Sunday. Check out the full programming here.

Unite the Mic (March 20, Massey Hall)
Before May's Toronto Kpop Convention, fans here have won the year's first KrowdPop event, which isn't a tweenie bopper krautrock program but rather an international site that allows fans to vote for and then crowdfund Kpop concerts. Ailee, Jay Park, and San E will perform in Toronto. Read more here.

Father Murphy (March 20, Dance Cave)
Father Murphy are bringing the doom and gloom back to Toronto - did you miss out on that "two one-sided 10" containing two movements each, meant to be played simultaneously - or maybe not"? Pick it up at Dance Cave and experience the screams and minimalism of one of Italy's best goth duos. Alpha Strategy opens.

BA Johnston (March 20, Johnny Jackson)
If Kpop and Euro-noise aren't your thing, maybe some kitschy Canadiana grime rock is. This show will be a funeral of sorts for Toronto label Mammoth Cave, whose last release will be B.A. Johnston's Shit Sucks LP.

The Holy Gasp (March 21, Silver Dollar)
Rules are as one DIY label dies, another rises, and NO LOVE will celebrate their second tape release with the official party for The Holy Gasp's The Last Generation of Love. The must-see local jazz-influenced outfit exploring territory as strange and original as BADBADNOTGOOD will be joined by Friendly Rich & The Lollipop People.

Midnight MRKT (2nd Floor Events, March 20)
One of Toronto's favourite shopping events is back with their spring spread. It's $5 at the door to shop, eat, and dance to the DJ from 9pm - 1am.

Bellwoods Flea Spring Edition (March 21)
The Bellwoods Flea is expanding from one venue to two. From 11am - 6pm, browse vendors at 801 Dundas (Hashtag) and 831 Dundas (Magpie). Then take a trip to the east end: the Leslieville Flea is also on Sunday.

Canada Blooms (March 13-22, Direct Energy Centre)
The Canada Blooms Flower & Garden Festival blooms at Exhibition just as you start to think about your garden (or that little box by the window that used to contain life). You have one weekend left to get your horticulture on.

Shelf Life (March 19-29, Ryerson Artspace at the Gladstone)
Carbon Paper is about to pull off a huge undertaking: this super cool pop up library will feature a huge collection of all-Canadian publications and magazines, with a stacked schedule of events.