The top weird and quirky annual events in Toronto have competition - we're a city that loves bouncy castles, cover band theme nights, cosplay ensembles, and Drake Night. We splash at Canada's Biggest Water Fight, take protesting to great heights at 4/20, chill out at Polar Bear Dip, reach sonic bliss on Drone Day, and confront our nightmares at Night of Dread. Yet it's the events where we cram poutine into our mouths and race bikes on ice that show our truest weird side.

Here are my picks for quirkiest annual events in Toronto.

Castles in the Sky
Newmindspace (also behind Night of Dread) host this summer parade where costumed marchers take to the streets not to turn complicated political issues into soccer-match-esque hysteria, but to add some colour and wonder to Toronto's streets via balloons, bubbles, masks, sparkles, and possible unicorn spottings. Naturally an outdoor dance party caps off the day. 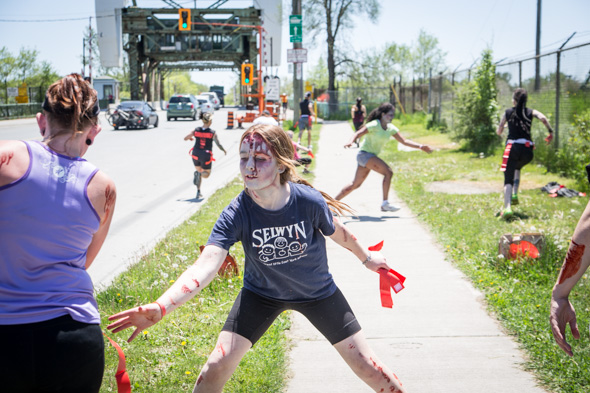 Ready Set Die
Toronto's Zombie Run is a 5K obstacle course / survival race that keep the undead physical fit, because you can't catch brains by laying around on the couch. The annual Zombie Walk and Zombie Carwash also keep the quasi-human monstrosities out and about each year. 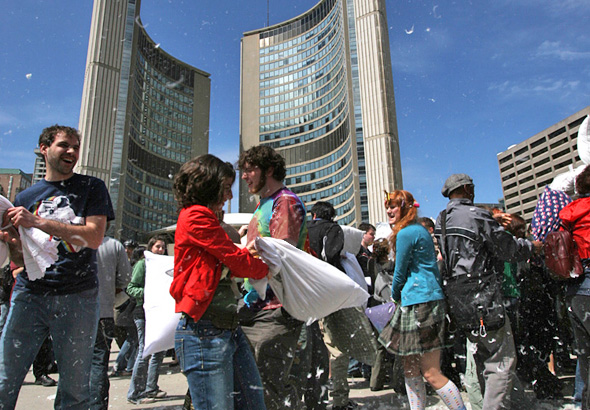 Pillow Fight at City Hall
While Rob Ford was in power, the Nathan Phillips Square version of this mass pillow fight seemed suspiciously light hearted considering the foolishness going on inside. This year, may the feathers fly on happier times. 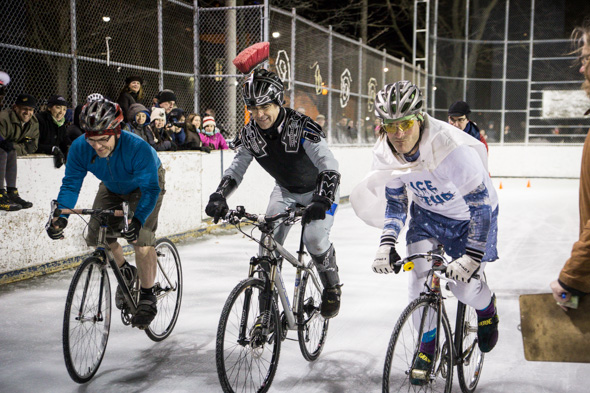 Icycle Bike Race
Making the Polar Bear Dippers look like a bunch of babies (no offense, babies), each winter a small group of brave cyclists hit the ice at Dufferin Grove Park to battle over who can manoeuvre over a fresh sheet of ice the fastest. Proceeds go to the Bicycle Messenger Relief Fund. 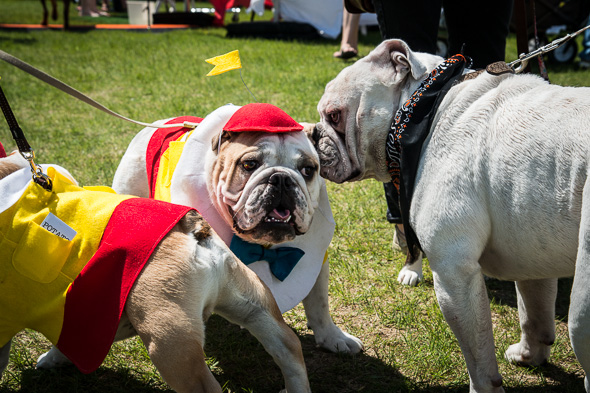 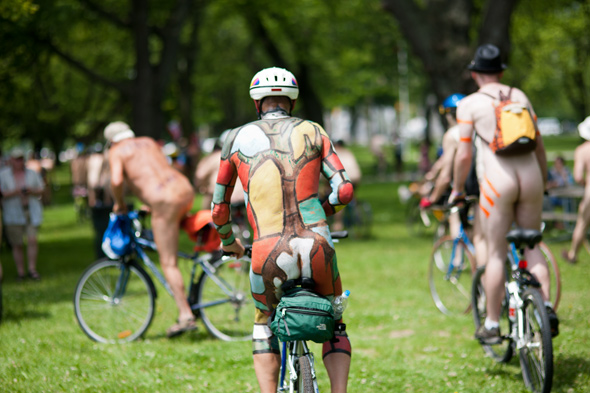 Naked Bike Ride
Not as hardcore or maybe hardcore in a different way when compared to the Icycle Bike Race, the World Naked Bike Ride is officially positioned as a protest against oil dependency, but the event also fosters positive body image. If you want more bicycle weirdness, there's also the annual Bike Rave and Tweed Ride. 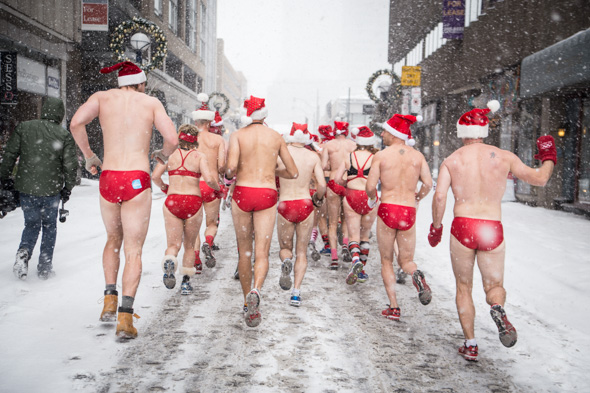 Santa Speedo Run
December's dipping temperatures don't stop this pack of brave, barely-clad Santas from pounding the pavement in the annual 3K Santa Speedo Run in support of SickKids. Red underwear are mandatory. Santa hats are a plus. 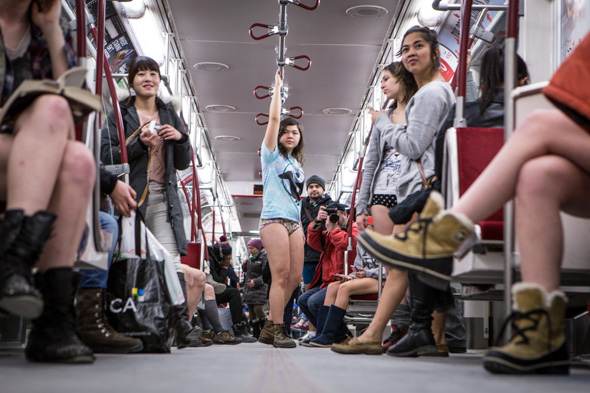 The No Pants Subway Ride
Improv Everywhere's annual scantily clad No Pants Subway Ride occurs everywhere from NYC to Hong Kong to Vancouver, and Torontonians get in on the fun each year. Riders meet at a subway stop, lose their pants, and ride the TTC like animals. There is always a dance party to follow. 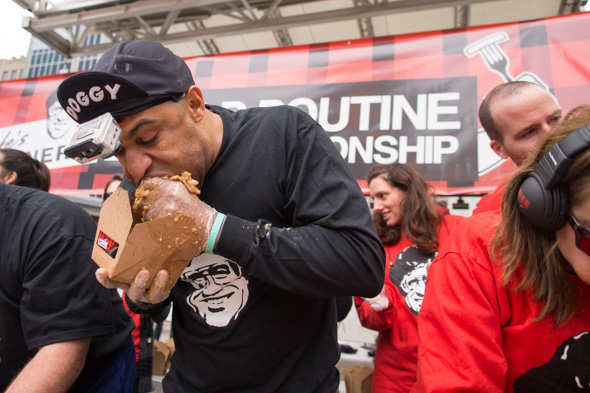 What did I miss? Add more quirky events to the comments.