Weekend events in Toronto is our guide to events happening this Friday, Saturday and Sunday. Here's what's happening in Toronto this April 4-6, 2014.

Pillow Fight Toronto 2014
A pillow fight goes down on Saturday at Nathan Phillips Square, which admittedly will seem tame compared to everything else that goes down in and around City Hall. Will there be pillows that serve as effigies of Rob Ford? Will Rob Ford be there in his PJs? My parents never let me have pillow fights, so here are some tips I found handy: organizers stress bringing feather-free pillows only, remind you to take your glasses off, and, yes, encourage pajamas. Saturday, April 5, 3 p.m., Nathan Phillips Square (Bay & Queen). 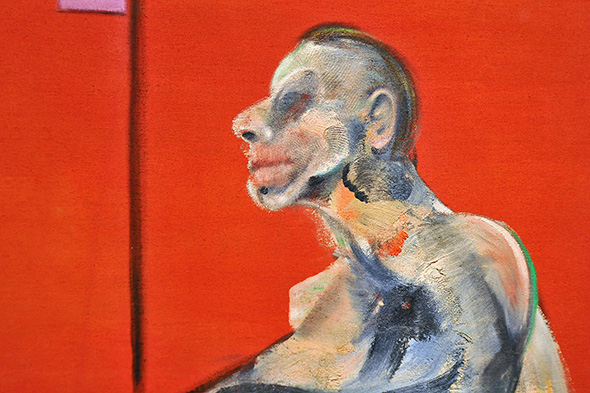 Francis Bacon / Henry Moore
The AGO will host a massive Francis Bacon and Henry Moore exhibition starting this weekend, featuring over 60 works by the two British artists, both major players in the postwar art scene exploring bleak existentialism and the distortion of reality and human form. It's way dark, especially for a spring show (take some Gravol before bed the night after this one). Check out our preview here. April 5-July 6, the Art Gallery of Ontario (317 Dundas St. West).

Max Lupo - Objects of Note
This month at VERSO Gallery, Max Lupo is obsessed with the power of objects like vintage telephones (check it out), typewriters, and strange inventions that are hard to put a name on right away. Do objects have healing powers? Can they react to their users? Do they contain ironic elements and are they laughing at us, or with us? April 5-April 27, VERSO Gallery (1160 Queen St. West). The first live performance is Saturday, April 5 from 4-6 p.m.

Scott Conarroe - China
This week at Stephen Bulger Gallery you can take in some phenomenal-looking new work by Scott Conarroe, shot while he was in China (all the photogs are heading to China these days). If that isn't enough (and this lens has me addicted), check out some of his Rails series photos online. Gorgeous work. April 5-May 3, Stephen Bulger Gallery (1026 Queen St. West).

Vierance EP Release
The goth party of the week is the launch of Deth Records with this EP release by Toronto duo Vierance. If you can listen to Trust without complaining that it's retro or whatever, this is where you need to be on Friday. In Hamilton. Where the real people are. Can't make it? The Toronto release is April 26 at Double Double Land. Friday, April 4, 10 p.m., Baltimore House (43 King William St., Hamilton).

Feast in the East
Hey east-enders, Feast in the East is moving! The new venue is The Jam Factory at the corner of Davies Ave., north of Queen East, just east of the DVP. To celebrate, founder Tad Michalak has put together one of the greatest posters in the history of Toronto music. Your ticket price includes a free curry dinner; Ketamines, Babysitter, Gay, and Omhouse are making the noise. Saturday, April 5, 9 p.m, The Jam Factory (2 Matilda St.), $8.

Swap, Don't Shop fundraiser for Girls Rock Camp Toronto
On Sunday afternoon, you can help support Girls Rock Camp and see Twist, Patti Cake, Planet Creature, Ice Cream, and Beliefs perform live. There's also a stuff swap! Find cool new thangs, and get rid of your ex's thangs (it's time). The swap starts at 1 p.m., but you can stop by anytime after 12:30 p.m. to drop off your hoarded treasure, from clothes to records, books, and assorted strange items (no monkey's paws, please). It's $8 to swap or $5 if you just want to see the bands (all money goes to the camp). Sunday, April 6, 12:30 p.m, The Garrison (1197 Dundas St. West).

The Toronto Silent Film Festival
As we've already mentioned, the Toronto Silent Film Festival is almost upon us, with a lineup that looks better than ever. Every year I look forward to the event at Casa Loma, which is always accompanied by a live score performed on a Wurlitzer theatre pipe organ. This year, the film to be honoured with that treatment is Max Linder's Seven Years Bad Luck (Monday, April 7 at 8 p.m.). April 3-8, Innis Town Hall Theatre (2 Sussex Ave).

Bethlehem
With the Son of God and Noah both getting released in the last couple of months, and with Easter less than a few short weeks away, you're pardoned for seeing this title and thinking, "Again???" Birthplace of Jesus though it may allegedly be, Bethlehem is neither a period piece nor about Jesus, but instead concerns the relationship between an Israeli Secret Service officer and his teenage Palestinian informant. If you liked Omar, see this, too. It's better. Varsity Theatre, (55 Bloor St. West).

Divertimentos: The Films of Matías Piñeiro
Two years ago, at TIFF 2012, a barely hour-long Argentinian film called Viola gradually became the talk of the festival among a certain group of critics and cinephiles. "Where the hell did this lovely Shakespearean whatsit come from?" many asked. Turns out the filmmaker, Matías Piñeiro, in his early 30s, is not exactly a new kid on the block (Viola was his fourth feature), and he's actually crafted a consistently stirring, modestly radical body of work that reworks classic literary sources in whimsical yet powerful ways. This is a name we'll be hearing a lot from in the future, so this weekend is a perfect chance to catch up on his early work, with Piñeiro in town for intros and Q&As. April 3-6, TIFF Bell Lightbox.

Also opening in theatres this week

DJ Spinna
Brooklyn's DJ Spinna has a long history rocking Toronto crowds with his wildly eclectic sets, which can span everything from underground hip-hop to vintage funk to deep house. Expect his approach to be even more freewheeling and unpredictable for this party, as the theme for the night is "Anything Goes." Saturday, April 5, Revival (783 College St), 10 pm, $15.

Trudeau and the FLQ
Even if history isn't your bag, you can't go wrong with a VideoCab production, the best in theatrical Canadian history mashups. And given that his son Justin is attempting to position himself as the golden boy of Canadian politics, the pop portrait of Pierre Trudeau seems particularly fitting at this present moment. Detailing a very dynamic period in Michael Hollingsworth's History of the Village of Small Huts, 1963-1970, this particular segment documents Quebec separatist violence, the rise of our most colourful and controversial leader, and the backdrop of the energetic Sixties. Young Centre, until May 10, various showtimes, $25-$55.

Of Mice and Morro and Jasp
Comedy duo Morro & Jasp are taking on John Steinbeck's classic tale (hehe, tail) of tragedy ( :( ) for one night only, and it's totally free, because the actresses know times are hard now, too. Send in the clowns. Friday, April 4, 7pm, The Great Hall (1087 Queen W), free. 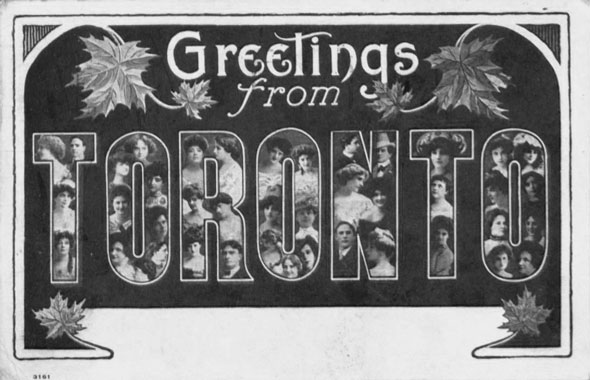 Old Book and Paper Show
If you're a fan of our history posts, you'll want to take a trip through the past at Wychwood Barns on Sunday. There will be seventy tables of old and antique paper, postcards, posters, and other ephemera. You can also get your (not sticky, I hope) hands on some pretty fine rare and antiquarian books. Artscape Wychwood Barns (601 Christie Street), 10am - 4pm, $8.

Spur Festival Toronto
Spur is a festival of politics, art and ideas that's spreading across Toronto this weekend before heading on to Calgary, Ottawa, and Vancouver. Check out the line up of events, including parties, a brunch, film screenings, a cabaret, walkabouts, readings, and panel discussions, here on their site. April 3 - 6, various venues.

Etsy pop-up shop
Etsy, an online platform dedicated to vintage and handmade goods from independent retailers, has come to real life in the form of an Indigo pop-up shop. The Eaton Centre location will play host to a selection of about 10 sellers offering everything from eclectic jewellery to Canada-centric candles. Though the duration of the pop-up shop is unclear, I've no doubt there'll be plenty more where it came from; Etsy's had several stints in stores like West Elm, Nordstrom, and Hudson's Bay. Indigo, Toronto Eaton Centre (220 Yonge St.).

Spur Festival: Massey Hall
Take a guided tour through Toronto's iconic Massey Hall. The building has seen a lot of change in its 120 years. Guide Marianne McKenna, winner of the Governor General's Medal for her work on Koerner Hall, will speak about Massey's redesign and revitalization during the behind-the-scenes walkabout. Sunday, April 6, 10 a.m., Massey Hall (178 Victoria St.).