Weekend events in Toronto is our guide to events happening this Friday, Saturday and Sunday. Here's what's happening in Toronto this Dec 20-22, 2013.

For more to do, check out our 50 things to do this winter in Toronto guide.

Kensington Market Winter Solstice
Kensington Market would rather be caught shopping at Walmart than miss a solstice, and this year they'll be celebrating as they have for decades, rain, snow, slush or darkness (definitely darkness - this is the darkest night of the year). The event is a collaboration between Samba Squad, Shadowland Theatre, Clay & Paper, Native Men's Residence, Richard Underhill and the Kensington Horns, the Centre for Indigenous Theatre and Red Pepper Spectacle Arts and the concept is a fiery, lantern-lit procession from Oxford and Augusta to Alexandra Park. Saturday, December 21st, Oxford and Augusta (just south of College), 7pm.

A Christmas Cronut
Here's your chance to munch on cronuts (not the deadly kind) while watching avant garde theatre in an art gallery / antique shop. Weird Things at Dupont and Bathurst will host this "update on Dickens's classic tale of corruption, consumption, and doom." Cronuts are $4 each. Check the details on all the, well, weird things the creators have planned on the Christmas Cronut event page. Weird Things (998 Bathurst St), Friday December 20, 8pm, pwyc.

Tallboys Christmas Craft Beer Carnival
No matter how hard you tried, you still got stressed out this week. It's okay - t'is the season, right? But never fear, The Tallboys Christmas Craft Beer Carnival here, and a ton of breweries are participating. Beer carnival? Um, couldn't be a better timing. On Saturday from noon 'til 8pm $10 gets a sample glass, two drink tickets, and peace of mind. Sigh. The Centre for Social Innovation (720 Bathurst Street), Saturday, December 21st, 12pm - 8pm. 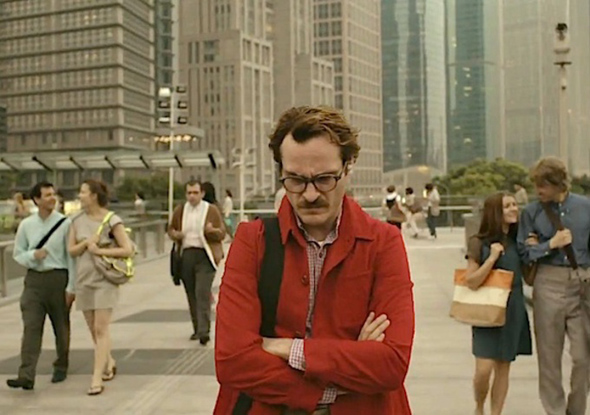 Spike Jonze's Her
Spike Jonze's latest film Her is earning rave reviews. Jonze is well known for amazing films like Being John Malkovich (which won him a Best Director nomination at the Oscars), and for co-creating and producing the MTV series Jackass. He's also worked on music videos for various artists, including Björk and The Beastie Boys. Her has been labeled as both a "sci-fi" and "romance" film (a potentially fatal combo in lesser hands), and stars Joaquin Phoenix and Scarlett Johansson. Cineplex Odeon Varsity & VIP Cinemas (55 Bloor Street West), various showtimes.

The Little Match Girl Passion
Into feeling both festive and sad tonight? David Dacks of the Music Gallery is called this post classical adaptation of Hans Christian Andersen's classic Christmas Story "the feel-bad Xmas show of the year" - and to be honest that's all I need to hear. David Lang's Pulitzer Prizewinning The Little Match Girl Passion will be curator Gregory Oh's final show at the Music Gallery, and apparently he wants to leave a trail of misery in his wake, right in time for the holidays. Singers will accompany themselves on percussion. An excerpt is below, or you can hear a longer fragment of the Little Match Girl crying for help here. Friday, December 20, The Music Gallery (St George the Martyr Church, 197 John Street), 8pm, $20.

Wolfcow + Alpha Strategy
You know what's nice? A messy noise show on a Sunday night. At Handlebar this weekend you can see the weirdness that is Toronto's Wolfcow, Alpha Strategy, and New Horizzzons, plus Montreal artist Yàocavé. It'll be a good time to chill and hear some strange sounds before heading to the fam's for carols and non-ironic sweaters, if that's what you have planned for next week (personally I'm looking for someone to watch Rosemary's Baby with, but to each her own). Sunday, December 22, Handlebar (159 Augusta Ave), 9pm, pwyc. 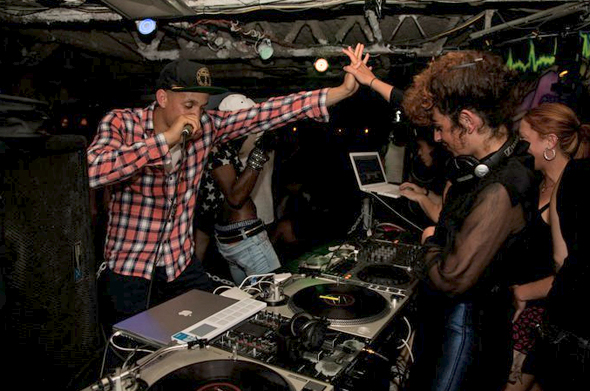 Yes Yes Y'all presents "Saturday StepOUT" ft Happy Tona
Toronto's Happy Tona DJs Saturday at Yes Yes Y'all's December bash, along with the YYY DJs. Their Annex Wreckroom party is touted as the sweatiest dancehall jam in the city. It gets so hot that after one song you'll wonder why you spent so long on your hair in the first place. The Annex WreckRoom (794 Bathurst St), Saturday, December 21, 10pm.

Blood Sweat & Queers
Relatively new restaurant / bar The Steady is making dreams come true with their new Blood Sweat & Queers series, featuring a rotating DJ list every last Saturday of the month. This month will see DJs Betti Forde and Michael Venus, plus $5 pints of Big Wheel. Looks more like it's a good weekend for beer, sweat, and queers in Toronto - which is probably better in the end, right? If you're hungry, ask about their new, yet to be unveiled sliders. Seriously, maybe they'll have some kicking around. Saturday, December 21, The Steady Cafe & Bar (1051 Bloor St W), 10PM, $5.

A Christmas Carol
Humber River Shakespeare presents a minimalist's approach to the classic story, A Christmas Carol. Five actors present the various characters from the Victorian tale, which features fated visits from the ghosts of present, past, and future. The correction of Ebenezer Scrooge is, by now, a well-known story, teaching us that to give is always better than to receive. This weekend you can see it: Dec 20 at Zion Church Cultural Centre (1650 Finch Ave East), 7pm & Dec 21 at Montgomery's Inn (4709 Dundas St. W), 2pm & 7pm. $10-$20.

Weather the Weather
Theatre Columbus is the group behind The Story, the smash-hit, wandering Christmas show that originally premiered in 2011. The group is returning to the Evergreen Brick Words for more site-specific holiday fare. Playwright and actress Haley McGee is the brains behind the newest creation, Weather the Weather or how we make it home together, an original fairy tale inspired by northern folklore and our compulsion to ensure we've made it home for the holidays. Evergreen Brick Works (550 Bayview Ave), until December 30th, 8pm daily, 5pm matinee on December 21, $12.50-$32.

Moshe Kasher
In 2009, iTunes named Moshe Best New Comic. The aspiring comedian in me loves him because he seems so comfortable during moments of complete silence. Case in point, check out the clip above. It takes many years and countless sets to stay calm and collected in the face of crickets, and Moshe is completely relaxed (or, perhaps, seems completely relaxed) as he sets up punchline after punchline. In a lot of ways, crowd work is a lost art, perhaps because everyone is trying to create a perfect five, seven, ten, and fifteen so they can make it big. It's refreshing to see someone throw caution to the wind and just have fun up there! Comedy Bar (945 Bloor St W), 8pm / 10:30pm, $25.

Santa's Choice Zine Fair
The 4th annual Santa's Choice Zine Fair! is finally this weekend at Xpace Cultural Centre. Your last minute DIY shopping needs will all be covered. Shop for zines, comics, small press, prints, t-shirts and totes, jewellery, and other handmade items by Toronto makers, artists, and designers. Body Interface DJ's will be providing the sound, and there's a rumour floating around about an animatronic Santa that I don't want to make any promises on (but wow!) December 21, XPACE (303 Lansdowne Ave), 12pm - 6pm, free.