Weekend events in Toronto is our guide to events happening this Friday, Saturday and Sunday. Here's what's happening in Toronto this November 15-17, 2013.

Ugly Sweater Run
Rummage up the ugliest sweater in your closet (or make a quick Goodwill visit) and join runners and walkers in Toronto's first annual Ugly Sweater 5km Run at Downsview Park tomorrow. This will be a little more fun than your average workout, with holiday-themed check points at every mile. Recharge with hot chocolate, or the two free beers provided at the end of the race. Hopefully the moustache you've been working on is award winning stuff, as there are prizes for the best moustaches, plus the best - and worst - sweater. Saturday, November 16th, Downsview Park (35 Carl Hall Rd), 11am, pricing vary

The Santa Claus Parade
With or without Rob Ford at the helm, the 109th annual Santa Claus Parade will march in Toronto this Sunday. Make sure to grab a spot early as the crowds are known to get insane. Don't step on any children. Sunday, November 17th. The parade begins at 12:30pm at Bloor & Christie.

Toronto Underground Market
The last Toronto Underground Market of the season is this Saturday. Brickworks will be teaming with vendors and food trucks (including Crossroads Diner and Fidel Gastro,) as food entrepreneurs, chefs and home cooks show their stuff. This isn't just about food either - there will be plenty of craft beer, wine and cocktails. Tickets are still available. Saturday, November 16, Evergreen Brickworks (550 Bayview Avenue,) 5 - 10pm, $22.60.

Gourmet Food and Wine Festival
The Metro Toronto Convention Centre is where both the city's food and wine connoisseurs will want to be this weekend. Over four days about 45,000 people will stop by the The Gourmet Food & Wine Expo to sample over 1,500 fine wines, beers and spirits from around the world, plus roast pig, tiger shrimp, lobster - you know the deal. Think cocktail party meets standard convention protocol, and then try to figure out what to wear. Black? Among the educational programming offered tutored tastings will be offered, but they'll cost you extra. Metro Toronto Convention Centre North Building (255 Front Street West), Thursday, November 14 - Sunday, November 17, various times, $20

Veggielicious
Veggielicious, Toronto's vegan and vegetarian dining festival, enters its third year tonight with over 30 participating restaurants across the city. Founded by the Toronto Vegetarian Association in 2011 to supplement both Summer- and Winterlicious, the two week-long festival is also primarily structured around prix fixe specials, but does include a variety of other deals from bakeries, cafes and grocery stores to bolster its lineup. This, no doubt is a good thing given the smaller number of participating restaurants. Participating this year are popular vegetarian spots like Grasslands, Sadie's Diner, One Love Vegetarian, Urban Herbivore, Kupfert and Kim, and more. November 15 to 30. More info here.

Gluten Free Garage
It's a gluten free fiesta - or paradise - in Toronto this weekend. Gluten Free Garage will bring together speakers, foodtrucks, family friendly activities and gluten-free vendors on Sunday at the Artscape Wychwood Barns. Grab everything from salsa to cookies.Even The Hero Burger's food truck will be serving up gluten free goodies. A portion of the door proceeds go to the Toronto chapter of the Canadian Celiac Association. Sunday, November 17th, Artscape Wychwood Barns (601 Christie Street,) 10am - 4pm, $10 for adults, free for kids 12 and under.

European Union Film Festival
At the European Union Film Festival Torontonians can catch features from Euro destinations from Bulgaria to the UK and from Croatia to Finland, France, Greece, Romania, and well, you get it. Ongoing until November 27 the ninth annual fest will screen 34 films from 28 countries for free (yes, for free!) at The Royal Cinema. Read our preview here. Until November 27, The Royal Cinema (608 College St), various showtimes, all screenings free (reserved seats $10).

Canadian International Television Festival
Love TV but tired of watching everything so... tiny? The first ever public Canadian International Television Festival kicks off tonight at the Tiff Bell Lightbox, and runs all through the weekend. It's mission is to "develop and inspire audiences for Canadian-made television through a dynamic festival experience." Mingle with Degrassi stars and Don McKeller, catch some world premiers, take in an entire "binge" screening of Sherlock season one, and much more. Friday, November 15 - Sunday, November 17, TIFF Bell Lightbox (350 King Street West,) various showtimes and prices. 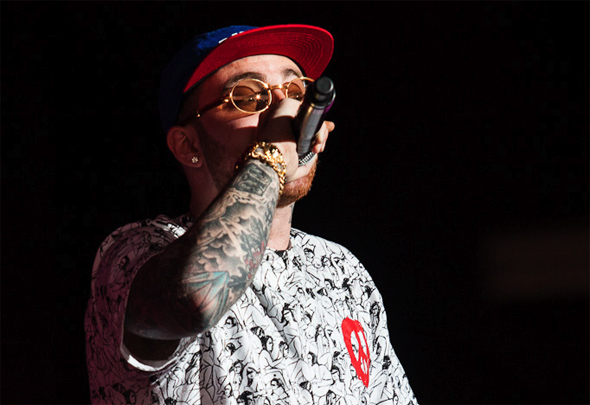 The Rap Party
Parts & Labour will host this Noisy co-presented show tonight featuring three up and coming Toronto MCs: Tasha the Amazon, The 6th Letter, and Roney. The party won't stop until 3am, with a zillion DJs also on the bill. Read our feature on rapper Tasha the Amazon here. Friday, November 15, Parts & Labour (1566 Queen St. W,) 10pm, free before 11pm & $10 after.

Not Dead Yet Fest
Not Dead Yet is an annual DIY punk and hardcore festival run by Toronto promoters Stuck in the City. This year Limp Wrist, Iron Age, Left for Dead, Mind Eraser, and The Boston Strangler are among the headliners, and the fest will take place at Hard Luck, Nocturne, Sneaky Dee's, Soybomb HQ, and Wrongbar. It's gonna get loud. All shows are all ages and the full line up is here. Until November 17, various venues and prices, all ages

Mazzy Star
Dreamy Mazzy Star floated back together a few years ago and they're drifting through the Danforth this month in support of their newest album, Seasons of Your Day. Hope Sandoval voice may just make you melt (or fade) into a puddle on the floor, so bring a close friend along to help clean up the mess. November 16th, Danforth Music Hall (147 Danforth Ave), $33 - 48

Hush Hush: After Hours at the Bloor/Gladstone Library
It's a good weekend to get crazy at the library. After Light Fires takes over the Sanderson Library Friday, Saturday will see The Gladstone turn into some kind of (expensive) rave experience. I guess $125 ($99 if you're a New Collection member) is worth it to break all the library rules if you've got that to spare. Oh, and the open bar. Entertainment includes DJ Fathom and DJ GeeWizz, magician Jonathan Pollock, a spoken-word poet, literary-inspired temporary tattoos, food stations and prizes including a flight from Porter Airlines. Saturday, November 16, Bloor/Gladstone Library (1101 Bloor St W,) $125 public.

BeerProv:The Main Event
Fans of improv comedy and/or beer will be glad to hear Jim Robinson's BeerProv is back this weekend. Twelve funny people will take part in classic improv games tonight at Comedy Bar, and battle for the title of BeerProv Champion (and something called a BeerProv Mug). Friday, November 15, Comedy Bar (945 Bloor St. W), 10:30pm, $15

The World Cup of Comedy Returns For "The Rematch"
Things are going to heat up at the Toronto Centre for the Arts this weekend. On Sunday the "Juice Comedy Cup" battle will go down between Africa Vs West Indies, as six comedians, two coaches, and twelve "team members" entertain and, hopefully, cheer you up. You need it. The elaborate show will be hosted by G98.7 FM morning hosts Mark Strong and Jemeni. Sunday, November 17, Toronto Centre for the Arts (5040 Yonge Street,) 7pm, $39.99+. 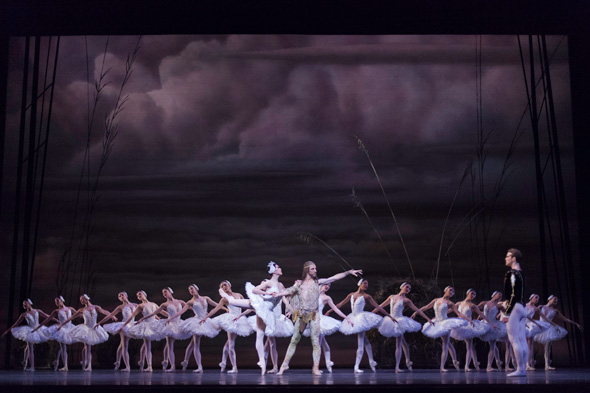 After Miss Julie
Red One Theatre's updated verious of August Strindberg's (once) shocking Miss Julie takes the play, set in post war England of 1945, to more overtly sexual territory, but the story of the seduction of the family's valet by the title character (or does the seduction run the other way round?) remains. Can you handle the sexual tension? The Storefront Theatre (955 Bloor Street West), Until Saturday, November 30, Tues - Sat 8:00pm & 2:00pm, $10 - $20

Souvenir at Milk Glass Co
This weekend on Dundas West you can grab some gifts that vibe, and I mean this in the best way possible, very Dundas West. Milk Glass Co. knows that some Torontonians just want to get their shopping out of the way before the snow really sets in (snow is so bad for ruining hand screen printed paper totes) so they're having their holiday sale early - and it's going to be a good one. Look for fine art, hand crafted decor, letter press works, coffee, vintage items and accessories from over 30 Canadian designers, artists, and makers. Milk Glass Co ( 1247 Dundas West), Friday, November 15 - Sunday, November 17, free.

The 20th Annual Festival of Smalls
If you're looking to give fine art (or buy something to spruce up your pad this winter) but don't have a huge budget, hit up the Festival of Smalls. Artwork in a variety of styles and mediums is up for sale from $55 - $250. You can browse all available works on their website, and if you're sneaky enough you can use the images to test their gift potential. Now until December 24th, Monday to Saturday 10am - 5pm, Sunday 12pm - 5pm. Art Interiors (446 Spadina Rd), free.

The Leslieville Flea
This east end market is one of Toronto's favourite fleas, taking place the third Sunday of each month. This Sunday 37 vendors will show and sell curated items "from vintage clothing to mid century furniture, hand crafted designs, photography and more." Whether you're browsing for fun or grabbing early holiday gifts, this flea is a treasure hunt. Sunday, November 17, The Jimmy Simpson Community Centre (870 Queen Street East,) 10am - 4pm, free.

Parkdale Flea
It's getting stupid cold out, but luckily the Parkdale Flea is taking it indoors starting this weekend. On Sunday Goodfellas Gallery will host this west end market, where you can find everything from vintage sweaters to handmade snacks. Shop til you drop (from the shopping, and not the weather) and maybe grab some gifts, if that's your thing. Pets are welcome. Sunday, November 17, Goodfellas Gallery (1266 Queen Street,) 10am - 5pm, free.