Weekend events in Toronto is our guide to events happening this Friday, Saturday and Sunday. Here's what's happening in Toronto this February 22-24, 2013.

Somewhere There Music Festival
Trailblazing musicians demonstrate the creative diversity of the local music scene at Somewhere There Music Festival, which launches this Friday night. Over 40 thinkers, educators and musicians will entertain at The Tranzac throughout the weekend, playing orchestral, folk, and rock music between talks and panels with individuals like Scott Thomson, founder of Somewhere There, and composer Martin Arnold. A special appearance by renowned artist and pianist Michael Snow will take place as part of Saturday afternoon's program. All proceeds from ticket sales will go toward running the artist-run non-profit, and foster creative music making.
Tranzac (292 Brunswick Avenue), February 22-24, 2013, 7PM $10

Swedish House Mafia
On their final tour before they disband, Swedish House Mafia perform at the Rogers Centre this Saturday night. The Swedish electro dance trio will end their five-year career performing together after their current tour, aptly titled One Last Tour. The Grammy Award-winning act will spin music from their two collaboration albums as well as various other successful hits, including the current radio favourite, "Don't You Worry Child." Tickets are available through Ticketmaster.
Rogers Centre (1 Blue Jays Way), February 23, 2013, 8PM $43.55-$97.55

Oscar Winners: Music from the Movies
Going to the symphony isn't for everyone--that is, until everyone hears the Star Wars theme played by a live orchestra. In honour of this weekend's Academy Awards, the Etobicoke Philharmonic Orchestra will be playing the music of the movies that will include Oscar-winning scores. A pre-concert chat will open the show at 7:40PM with the EPO performing at 8PM. Celebrate all things Hollywood at Martingrove Collegiate Institute.
Martingrove Collegiate Institute (50 Winterton Drive), February 22, 2013, 7:40PM $10 student, $20 senior, $25 general

cirQlar & Electro Swing Club Toronto present: THE LOST FINGERS
Are you in the mood for some gypsy jazz electro-swing? Juno-nominated trio The Lost Fingers are coming to the Revival this Friday, courtesy of the Electro Swing Club and cirQlar. The two-room space will be bustling thanks to burlesque artist Mina Lafleur and costumes are encouraged.
Revival (783 College St.) February 22, 2013 9PM $20

YES DETROIT Warehouse Party
The YES series returns this weekend, with a tribute to Detroit. Taking over the Academy of Lions space, the event will merge solid Americana tunes, a warehouse party, and a "music installation." Some of the evening's proceeds will go to Lift Toronto.
Academy of Lions (64 Ossington Ave.) February 23, 2013 $5 before 11PM

Pardon Le Dopeness Party
Toronto lifestyle fashion brand Pardon Le Dopeness launches this week with a party designed for people who want to recklessly enjoy life. With music by DJ Crunch & DJ Techtwelve, the label's designers invite Toronto out to Fstop for bottles and dancing. Get on the guest list to ensure admission, and free yourself of inhibitions so you can party like the dopeness.
Fstop (420A Wellington Street West), February 22, 2013, 10PM 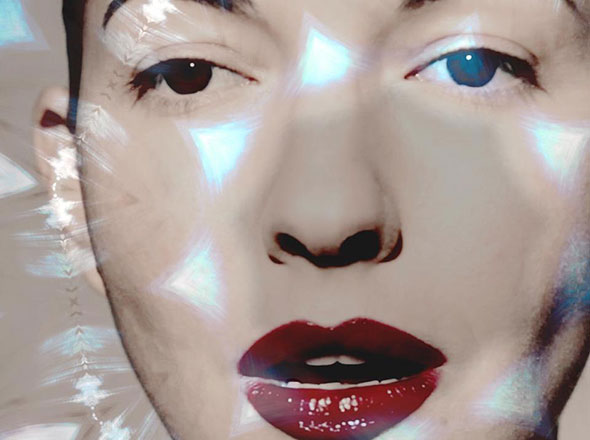 David Lynch presents Chrysta Bell
Chrysta Bell has been collaborating with David Lynch for several years, most recently co-writing her 2011 album This Train. The iconic filmmaker most recently has developed visuals for the breathy ingenue's Toronto performance at The Drake this Sunday night, which will also feature works by Dutch Rall and Bell herself. Toronto's own ALX will open the show for the dreampop singer-songwriter.
The Drake Underground (1150 Queen Street West), February 24, 2013, 8PM $17 advance, $20 door

Vector: Game + Art Convergence
Vector, the annual gaming art showcase, is well underway, and weekend programming has a lot to offer those with a keen interest in contemporary game-based art. Exhibitions, panels, video screenings, workshops and parties are littered throughout the weekend at InterAccess (9 Ossington Avenue), Bento-Miso (#300-862 Richmond Street West) and Propeller (984 Queen Street West). Best things to check out at this year's festival? Try Saturday afternoon's Board Game Remix Jam and Sunday's panel on appropriation politics in gaming. Tickets are available through the Vector tumblr site but all panels are free to attend.
Various locations, February 20-24, 2013, 1PM Free (screening prices vary)

How Can I Forget?
Described as a multimedia dream, Sook-Yin Lee's latest performance piece explores memories through troubled relationships. With an original musical score, photography and video by Lee, and input from choreographer Benjamin Kamino and writer/musician Adam Litovitz, How Can I Forget? premieres at Buddies in Bad Times Theatre this weekend as part of the Rhubarb Festival. Limited tickets are available to see Lee perform within an experimental narrative live.
Buddies In Bad Times Theatre (12 Alexander Street), February 22-23, 2013, 9:30PM $20

Check out our full preview of the 2013 Artist Project, taking place this weekend at Exhibition Place.

Paris, Manhattan
An adorable French romantic comedy about a 30-something single pharmacist living in Paris, Sophie Lellouche's Paris, Manhattan opens in Toronto this Sunday. Screening at Cineplex Odeon Sheppard Cinemas, the story follows Alice the pharmacist, who uses her obsession with Woody Allen to cure her customers of their ailments. Prescribing Allen's films and serving up movie quotes as cures, Alice finds ways to insert her favourite filmmaker into everything she does--including in between her and a potential love interest. The film runs on a limited engagement.
Cineplex Odeon Sheppard Cinemas (4861 Yonge Street), February 24, 2013, 4PM

Bloor-Yorkville IceFest
It's below freezing, which makes it the perfect timing for Yorkville to freeze over with ice sculptures. The Bloor-Yorkville IceFest takes place this Saturday and Sunday with carving competitions and skating performances at Cumberland and Bellair. Festivities begin at noon with 30,000 lbs. of carved ice on display.
Village of Yorkville Park (Cumberland Street And Bellair Street), February 23-24, 2013, 1PM Free

People in Toronto upset and disappointed with changes to Fan Expo

The top 35 festivals in Toronto this fall