Weekend events in Toronto is our guide to events happening this Friday, Saturday and Sunday. Here's what's happening in Toronto this September 21-23, 2012.

Word on the Street 2012
Toronto's biggest literary-themed festival hits Queen's Park this weekend to the delight of book lovers and magazine enthusiasts. Attractions this year include the Scotiabank Giller Prize Bestsellers Stage, the Toronto Book Awards Tent, and new for this year are the "Nothing but the Truth" tent (a look at Canadian non-fiction), and the Penguin Pavilion (featuring readings from Penguin authors).
Queen's Park, September 23, 2012, 11 AM, Free

Market 707 Harvest Festival
As if blogTO hasn't given you enough farmer's markets to visit throughout the city, Market 707 Harvest Festival takes place this Saturday at the Scadding Court Community Centre for the 2nd year. Food grown and produced in and around Toronto will be for sale, and activities like bulb and seedling planting will take place throughout the festival to celebrate the fall harvest. A children's play area and plenty of street food vendors will be set up (rumour has it there will even be free food). Join in on the market to thank farmers for the food they provide, and learn something new about local food.
Market 707 (707 Dundas Street West), September 22, 2012, 11AM Free

The Junction Music Festival
Indie music takes over the Junction this Saturday with the opening of The Junction Music Festival, which will see 20 local businesses welcome performers to entertain customers. Two main stages will be set up for over 30 indie acts such as Bruce Peninsula, Young Running, The Cedar Strippers and Philly Moves, at the intersection of Keele and Dundas, and on Pacific Avenue. There will be enough food, drink, and activities along Dundas West to keep anyone entertained throughout the day.
The Junction (2859 Dundas Street West), September 22, 2012, 11AM Free 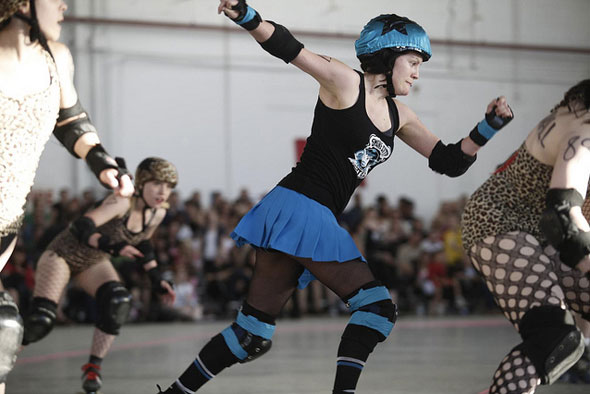 Battle for the Boot 2012
It's like the SuperBowl on roller-skates, as the Toronto Roller Derby comes to the end of its season with the championship games taking place this Saturday at Battle for the Boot 2012. 3-time champions Gore Gore Rollergirls take on returning 2-time champs Chicks Ahoy for the winning title, so grab a seat in the suicide seating area and watch the ladies go after one another on the derby track. There will food by La Mexicana and Coconut Bliss Ice Cream, as well as a 50/50 draw to benefit the Daily Bread Food Bank at this ultimate battle of the babes.
Downsview Park (40 Carl Hall Road, Studio 3), September 22, 2012, 6:30PM $12 advance, $18 at the door

Tweed Ride Toronto 2012
Cycle in style at the Toronto edition of Tweed Ride, a group bicycle ride through the downtown core, in which riders are encouraged to wear tweed and other smart, classic apparel to recreate the feel of a bygone era. This international event arrives in Toronto, taking off from Trinity Bellwoods Park at 3PM, to raise money for Bikes Without Borders, a Toronto non-profit that uses bikes as tools for development in underprivileged areas of the city. Get silly, grab your monocle and tweed elbow-patched jacket, and ride along with the group. High tea and a big band dance party are included!
Trinity Bellwoods Park, September 22, 2012, 3PM Pre-register online for $25

Northern Touch
Norman Felix Gallery hosts an exhibit of prolific street and graffiti artists and their protégés at the opening of Northern Touch this Saturday at the Queen West gallery. Bringing a touch of formality to street art in a gallery-style exhibition, Northern Touch will feature the works of Phresha, Roadsworth, Mediah, and well-known Toronto artist Elicser. Food from Rose and Sons and The Cheese Boutique will be available and DJ jojoflores will spin at the event. Legitimize street and graffiti art by showing support in attending.
Norman Felix Gallery (627 Queen Street West), September 22-30, 2012, 7PM

Sunnyside Beach Juried Art Show & Sale
The historic Sunnyside Pavilion marks the return of the Sunnyside Beach Juried Art Show and Sale for the 5th annual year with 3 days of art from over 80 artists of all disciplines. Drop-in workshops, a large-scale public art piece and silent auction will all take place throughout the weekend while artists and experts like Scott Everingham, Powell MacDougall, and Anna & John Romanov--otherwise known as the jury--pick the prize-winning artists. Admission is free and the event happens rain or shine.
Sunnyside Pavilion (1755 Lake Shore Boulevard West), September 21-23, 2012, 2PM Free

Art Fusion
An art party set in a 2000-square-foot warehouse, Art Fusion is a melding of all art forms, open to anyone who wants to perform. Musicians are invited to bring their own instruments if they'd like to perform (a drum kit, mics and PA system are readily available), and it's free to showcase any visual arts. Local circus acts and dancers are slated to perform and, best of all, there are no cover charges or fees. Come down for a drink and hang out at The Foundery with hundreds of art-makers doing their thing this Saturday night.
The Foundery (376 Bathurst Street), September 22, 2012, 8PM Free 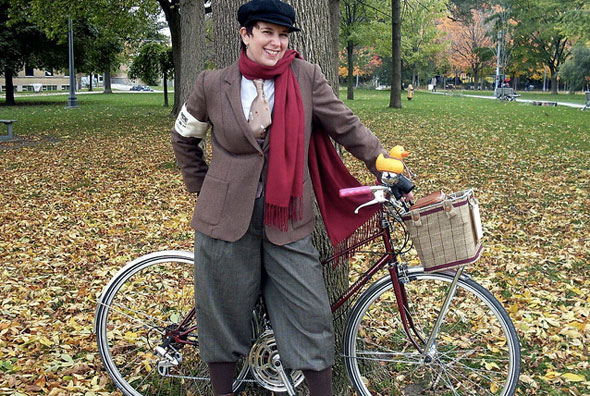 The Couturier of Shoes: Roger Vivier at Dior, 1953-1963
Ryerson University's Fashion Styling Professor Iris Simpson lectures on the career of French shoe designer Roger Vivier (the man best known for creating the stiletto heel) this Sunday afternoon at the Bata Shoe Museum. As part of the Vivier Lecture Series, Simpson, who has worked in buying and styling for over 30 years in Canadian fashion, will discuss Vivier's time at Dior, his work with YSL, and his early start working in a shoe factory. An interesting examination of the history of the high heel and shoe design, this lecture will interest even those who have little fashion knowledge. Ticket price includes admission to the museum.
Bata Shoe Museum (327 Bloor Street West), September 23, 2012, 1PM $16

Dundas West Sidewalk Sale
Dundas West has always had a small community feel but the folks at the Little Portugal BIA want to bring everyone in the neighbourhood closer with the Dundas West Sidewalk Sale. Participating stores, cafés and restaurants, including Magwood, Dalston Grey, The Garrison and OMG Bakery, will spill out on to the streets, offering special discounts for the day. The event happens rain or shine between Lansdowne and Shaw from 10-6. Hit the pavement!
Dundas Street West (between Lansdowne and Shaw), September 22, 2012, 10AM Free

Toronto Girls' Cupcake Ride
A ride just for the ladies, the Toronto Girls' Cupcake Ride is a free cycle event that takes riders through the city to taste cupcake goods from some of its best bakeries. Beginning at Bloor West's Sweet Flour and riding to the Evergreen Brick Works, the ride will sample cupcakes and cookies of various establishments without the stress of how to burn off the calories later. This is the last ride of the season and the rules and guidelines of the ride are posted on the Cupcake Ride website.
Sweet Flour (2352 Bloor Street West), September 22, 2012, 11:30AM

Ferris Bueller's Day Off
Sometimes patience pays off and sometimes it just gets you a free outdoor film screening. The Georgetown South Project along with the Liberty Village Residents' Association and construction company Ellis Don are sponsoring a free screening of Ferris Bueller's Day Off in Liberty Park this Friday to thank the community for their patience during a lengthy construction project. In addition to the screening, free drinks and snacks will be handed out to moviegoers for an ultimate movie-watching experience. Grab a blanket or chair, take a day off from the construction noise, and take advantage of having your patience and understanding bought--a move that Ferris would appreciate.
Liberty Park (70 East Liberty Street), September 21, 2012, 7:30PM Free

Carla Collins
Canadian comedienne and reality TV star Carla Collins gets back into the ring, performing stand-up over two nights this weekend at the east end's Flying Beaver Pubaret. Collins, who many will remember from Entertainment Now (the eTalk of yesteryear), brings her self-deprecating jokes about botox, fake boobs, and promiscuity to the comedy pub this Friday and Saturday. Tickets can be purchased through Brown Paper Tickets or on the Flying Beaver's website.
The Flying Beaver Pubaret (488 Parliament Street), September 21-22, 2012, 9PM $20 advance, $25 at the door