Get to Know a Chef: Adam Hynam-Smith, El Gastronomo Vagabundo

While the rain may not suggest it, a healthy line forms in front of Adam Hynam-Smith's food truck, which he runs with his partner Tamara Jensen. The Australian native, who carefully crafts the day's scallop ceviche as we chat about the business, isn't afraid of the critics who underestimate the quality of his fare. And while he's eager for the industry to take off in the city, he cautions aspiring owners to prepare for one of most grueling, barrier-ridden hauls, fit only for those completely dedicated to producing great food.

I've wanted to be a chef for as long as I can remember. My family's always cooking and doing things in the kitchen, so I've always had a love for cooking.

I was washing dishes when I was 13 years old. The chef that I was working for was sort of just at the end of his career, he was getting tired and wanted to get out, but he took me on as an apprentice. And I spent the first two years working under him, and he'd worked under the best chefs in Australia. 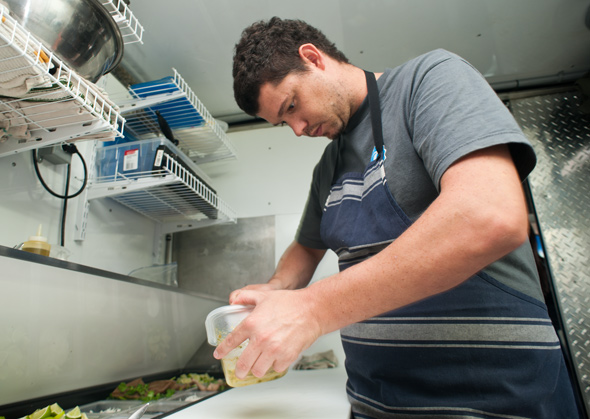 What inspired you to launch your food truck?

I had enough of working for other chefs in the industry. I spent 13 years working under as many chefs as I could, so I was at a point where I felt it was time to do what I want to do. So I came home to Tam and said 'I've got an idea, we're going to open up a food truck' and so we did.

Does it get hot in there?

It gets very hot. Too hot. But it's hotter in Australia, so I can handle it.

What's your biggest tip for those trying to get into the food truck scene?

Don't do it unless you really want to work hard. If you're a young buck wanting to be a chef and you ask a chef to sit down with you and talk about becoming a chef, the first thing they say to you is don't do it, because you do not know what you're getting in for the majority of the time. So really be thinking about it, really make sure you want to do it, because it's not an easy job. It's hard, it's tiring, it's like anything. And make sure you're doing something different, set yourself apart from every other truck. 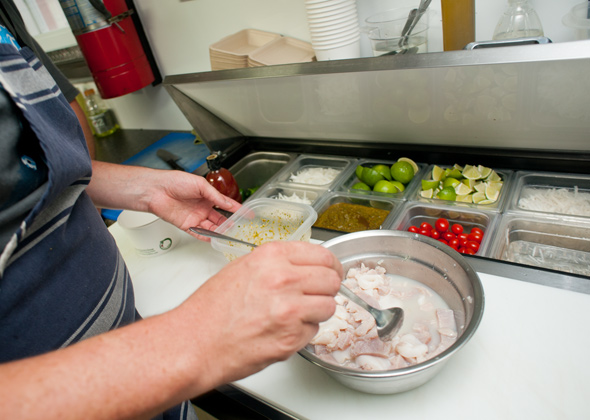 Do food truck chefs get the same respect as those working in restaurants?

No. I'd like to, but this industry, unfortunately, is still looked down upon. The food truck scene, whether from the history it has in Canada, has got a negative reputation. People think they're dirty, they're a health hazard, but I'll invite any one of them up on this truck to see how we operate. We're cleaner than the majority of the restaurants out there. And if they've got a problem about the food, if they're saying, 'You're probably going to get sick eating in at a truck,' take into consideration that a truck has food for the day, and when it runs out, that's it. It's new food, prepped fresh the next day. So, you can't get any fresher. But it's hard for a chef on a truck to get recognized for it.

Aside from your own, which food truck excites you the most in Toronto?

I've got pals in the food truck scene: Gorilla Cheese are our closest allies and Toasted Tangerine. I don't have a favourite yet.

What needs to happen for Toronto's food truck scene to really launch?

A lot of things. Support and understanding from the public, and from the city. People to realize that there is no difference between a restaurant and a food truck. The only thing different is that we don't have seating and toilets. So we're doing food just as good as what restaurants are doing.

We need people to realize that when you come to a food truck there is no way of speeding it up. You've got one window, one point of service, one person at a time, and you do it as fast as you can. So we just need people to realize this, to understand, support us, and help the city realize we're a good thing. And businesses that think when we park on the street that we're a negative, if they actually thought about it, we're a positive to their business, because we create more foot traffic. So it's a positive for everyone, and it's good for community too, because it brings everyone together. 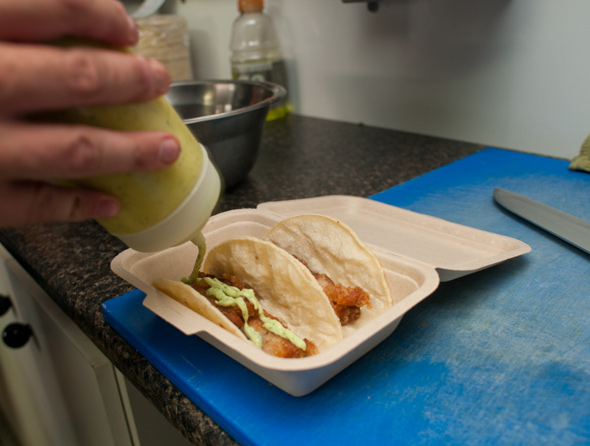 Can food trucks be a viable year round business? Or is it best to pack up for the winter months?

It's tough, it all depends on the weather. You do the best you can. The hardest thing for us as a food truck is the seasonality of ingredients. So come winter, the food that we do, we can't necessarily get those fresh and seasonal and local. So it can be tricky, and if it's minus 20 outside, it's not the best day. We'd say no to doing it, pretty much. But with a year like this, you could go all year round.

If you had your pick, what would be the best location for your food truck in Toronto?

I'd love to be able to just pull up and roam around different locations. I'd love to be near the Distillery District, so that I can have a beer after service. If they opened up, like they have in other cities, just to be able to roam around freely and be able to park and serve and make people happy. As a certain location, I can't even think, there's too many to pick from. 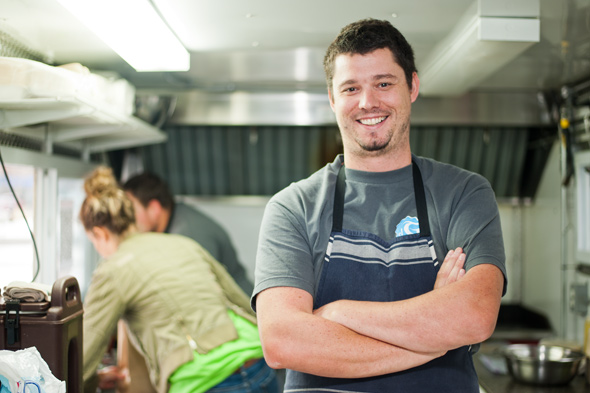 Daniel Boulud or David Chang? Neither. I'd pick Frank Camorra over those two.

What would people be surprised to find in your fridge? A fridge without beer

What's one food trend that needs to end? David Chang's? I don't understand it.