Get to know a Chef: David Haman, Woodlot

David Haman, chef and co-owner of Woodlot has always called the city's west end home. Now, his bakery and restaurant in Little Italy has become a cozy neighbourhood spot, serving food Haman describes as "honest, simple, and handmade." He takes pride in the fact that the space has minimal storage (leaving mostly everything prepared fresh every day), and is eager to share how some instinctive decisions helped identify and propel the restaurant to its recent success.

Did you always wanted to be a chef?

I always had a passion for food and I spent time in art school and entertained that notion for a little while when I was younger, but I cooked my whole life from the time I was fourteen until now.

How did you develop that passion for food?

My mother was a caterer, so she instilled good values on us in terms of eating. And to be honest, even as a kid I was just always in the kitchen with my mom. 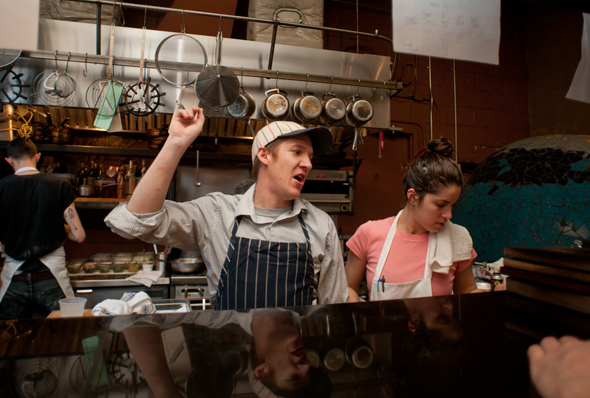 How did the concept of the restaurant come about?

I already kind of had a crystallized idea about what I wanted to do. I knew that I wanted it to revolve around a wood-burning oven. I have a strong passion for natural wine and our baker, Jeff Connell was a dear friend of mine, so it was kind of the 'wood-burning oven, bread, wine' combination.

So we started looking for a space where we could build an oven, which is more difficult than you would probably assume because you have to have no basement because the oven weighs five tonnes and you basically want to be a single storey so don't have to run the flue too far. We never really knew what size of a restaurant we wanted to be, but it just revolved around the oven, and we found this space and we fell in love with it and everything kind of just fell into place.

What appeals to you the most about a wood-burning oven?

Oh, it's amazing to work with. Like I said, from the bread aspect, it's a very special type of heat, and although you can make excellent bread not in a wood-burning oven, the uniqueness of the breads baked in a wood-burning oven makes a big difference. And as well, just to have a lot more cooking applications for ourselves in the kitchen; we do a lot of grilling on the embers and stuff like that. And the way that the wood-burning ovens radiate heat, it's very different, it's a different spectrum of heat, and it cooks food beautifully.

We wanted to do something unique. And we thought the whole package worked: small bakery, wood-burning oven, natural wine focus, simple wine-to-table food. There wasn't that much profound thought into it, it was just more matter of fact. 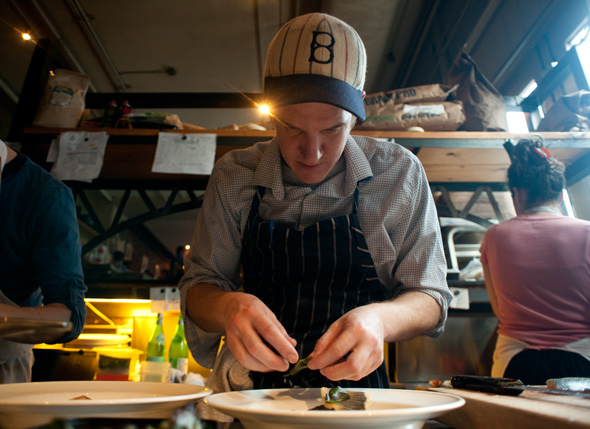 Why did you decide to develop two separate menus?

What we originally had done was put all the dishes on one menu and below them just have vegetarian substitutes because most of the dishes interplay with one another from both menus. And the only reason we separated them was because we thought the menus looked so stupid, it looked like we had so many dishes on the menu, though in reality we had eleven. We didn't give it thought, and now the interest in how we came up with this concept, it's really overwhelming. So really, it was just because the other menu looked ridiculous, so why don't we just split them in two?

Why did you want to have a vegetarian focus?

I definitely have a profound love for vegetables and vegetarian cooking. I spent some time working on farms five years ago, and for me, it's just more out of respect for vegetarians. It always boggles my mind that you can go out for dinner at some places that have no vegetarian options. So it didn't seem like too much to do, and we really just wanted to be a little neighbourhood place so we were kind of trying to touch on those angles. And I mean in this neighbourhood, I'm sure there's lots of people out there who are vegetarians. 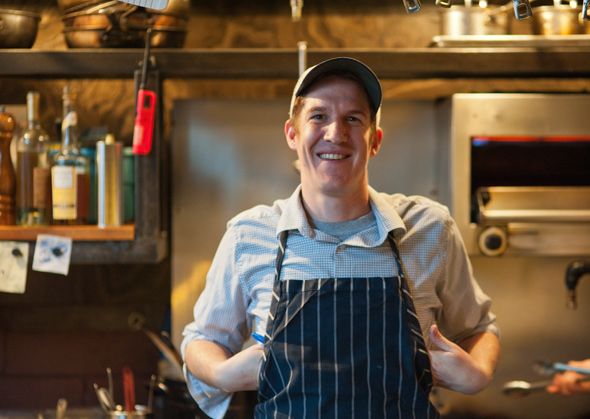 Any plans for expansion?

We have our fingers crossed that the second approval for our patio goes through in a few weeks. Other than that, I can only hope that my super amazing team and I get stronger and stronger in the kitchen. In terms of expansion, we're only a year and a half old, we're only really now kind of settling in, and I think we'll see once everything kind of tempers down in the future. But I think for now, we're happy with the way we're operating. And the patio is going to be a few more seats to deal with in the kitchen, so we'll sort of see what happens then, and then onwards and upwards. 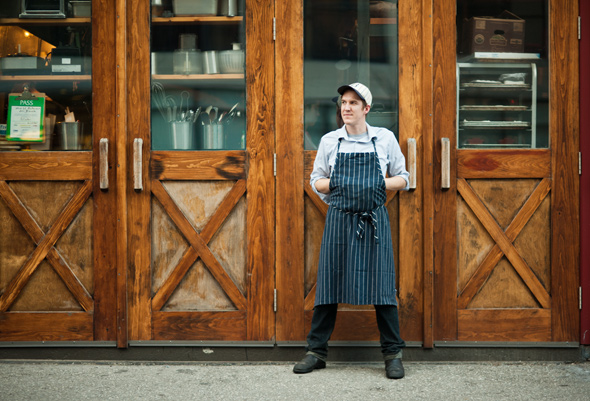 Can you win friends with salad? Vegetarians...

Favourite Toronto restaurant? (that's not yours) The Atlantic

What would people be surprised to find in your fridge? Fish sauce

What's one dish you can't live without? Pizza