Toronto through the lens of Jeremy Kai

This week I chatted with underground waterway explorer Jeremy Kai

What sparked your interest in Toronto's underground waterways?

My interest in the city's underground sprung from my ever-growing interest in the built environment and the overlooked and forgotten spaces in the city. We have invented artificial devices to mimic and adapt to environmental processes because we are not able to completely tame natural forces. We paved over rivers and creeks for a variety of reasons (development, pollution, property values, etc.) but realized that we could not simply do away with them, so we buried the water as life continued above in its altered state.

Like any city, Toronto is built in layers and it seems the more modern of a metropolis we become, the more layers we have to build. Subways, sewers, water mains, gas lines, underground walkways, telecommunication conduits, air vents, etc. They all exist beneath the surface and make life in the city possible. In our everyday life, we may not even consider all of the processes that take care of us.

Outside of urban areas when it rains, a portion of the water is soaked into the ground and the remainder finds its way to the nearest creek, river, or lake. Since cities are paved with impermeable surfaces like cement and asphalt, we created sewer drainage networks to mimic the watershed process where rain water and waste water is transported through fabricated tunnels to the nearest trunk sewer or water feature, depending where in the city it is.

Can you tell me about what kind of tunnels you explore and which are some of your favorites?

As I developed an understanding of how cities deal and adapt with rain and waterways, I mostly explored storm water drains that empty out into rivers and creeks. These systems often are buried versions of tributaries that drain local neighbourhoods. With the help and combined effort of some of my resourceful colleagues, we have explored and documented the more complex systems of trunk sewers, buried rivers, and overflow networks in the central part of the city. Some of these systems were built in the late 1800's as the city was struggling to find effective methods of waste water treatment.

In two systems in Toronto we've found builder markings written in wet cement. A section of the Garrison Creek sewer, perhaps the city's most mythical lost river, has a marking from the contractor who built the sewer who wrote in the date, 1891. Another system in midtown has a date of completion, "A.D. April 4 1930", written on the wall of the sewer's extremity. 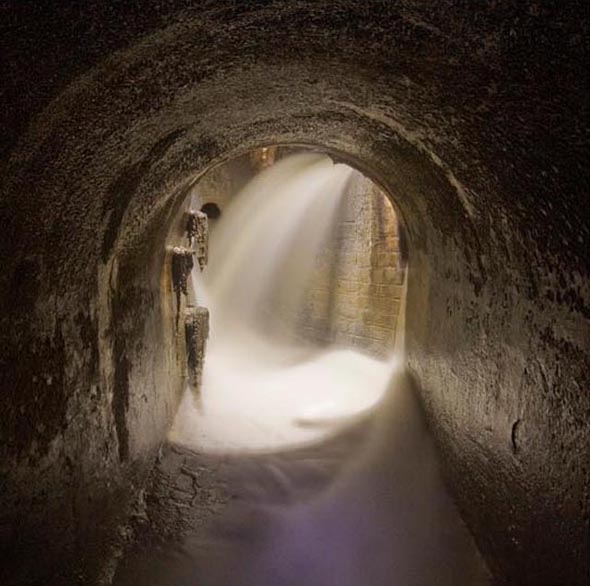 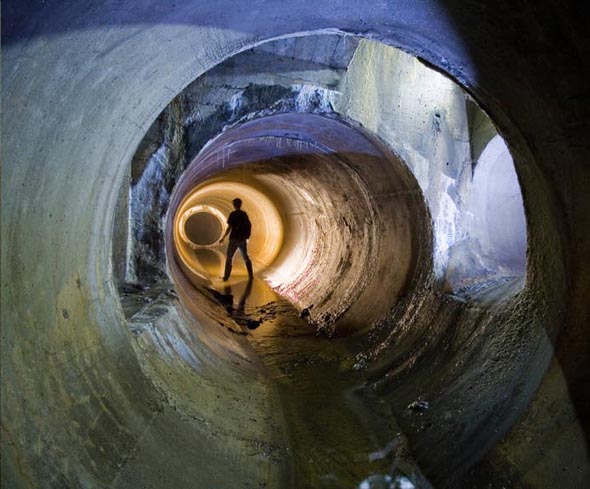 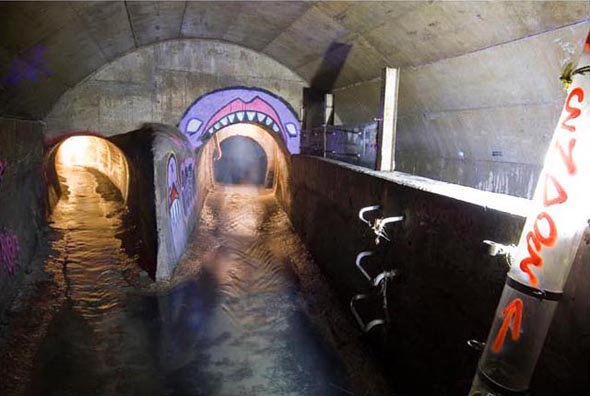 What are some of the challenges you face while taking photos below ground?

When I began taking photos underground in 2007, I was faced with the task of shooting with minimal ambient light. Back then I only carried with me a couple household-grade flashlights, which aren't great tools to illuminate photographs. It took me over two years to get an effective technique together. Now I'm almost more comfortable shooting spaces completely devoid of sunlight. I love the challenge of having complete control of how I light up an environment.

I use a variety of high powered portable lights: LED work lamps and halogen torches, mostly. I owe much of my success to working with other photographers and looking up to prominent artists for composition and techniques. One interesting thing I learned was from a UK photographer and explorer when he was in town. He said that light often looks better when it's coming towards the camera. This is quite true especially when you are shooting surfaces with interesting textures.

I often appear in my own photos, i find that placing a human in the shot is a nice element to have to show scale and provide a subject or point of interest. 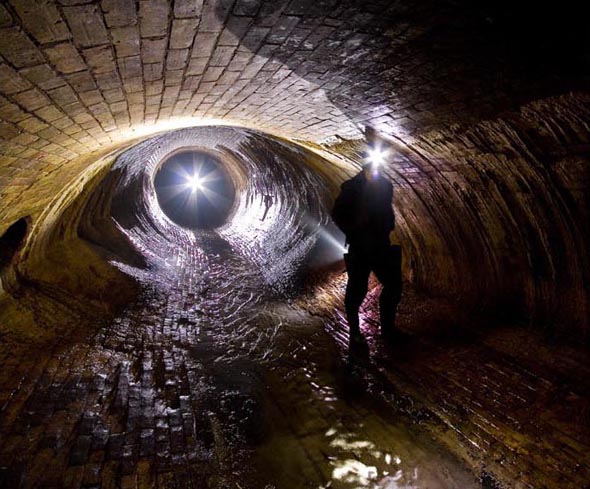 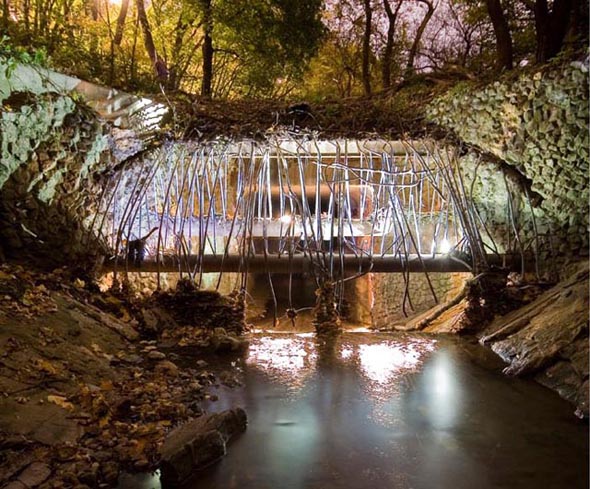 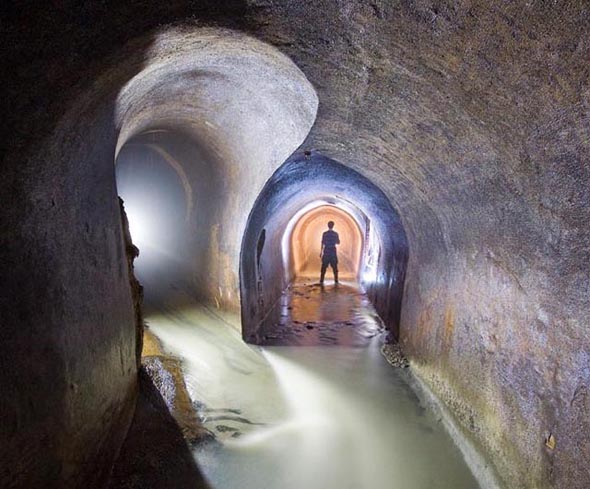 Tell me about some of the non-photo gear you use.

In systems where the water table is relatively low, Canadian Tire-grade rubber boots will do to keep your feet dry, but it's a good idea to wear steel toe boots just in case. In combined sewers and systems with higher flow, fishing waders are often necessary to stay dry and clean.

In one particular case we brought an inflatable raft to ferry our gear through a passage where dammed flow was up to our stomachs. We use other equipment to keep ourselves comfortable, but our primary concern is to keep ourselves safe. Combined sewers and storm drains are dangerous and often unpredictable environments. Water levels and intensity of flow can change with little warning and other elements like steep elevations, esoteric flow control systems, gas buildups, or structural defects can make for hazardous navigation.

I know you have a book out this week â can you tell me a little bit about it?

My book, Rivers Forgotten, was released officially last month, published by Koyama Press. So far I've promoted it in Montreal and Brooklyn and finally launched the book here in Toronto. Rivers Forgotten is available at the downtown Chapters (142 John street) and the Beguiling (601 Markham street). 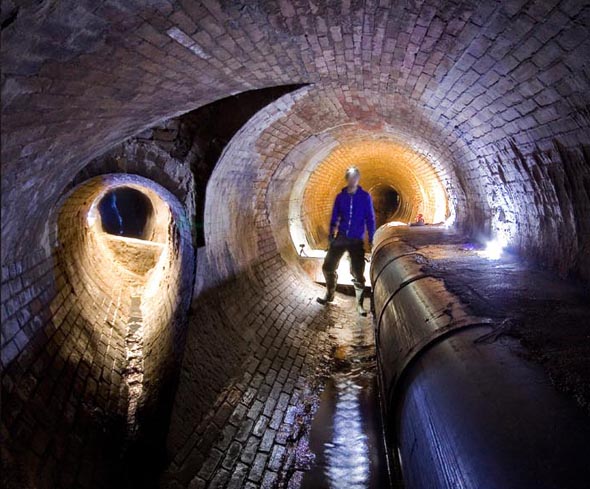 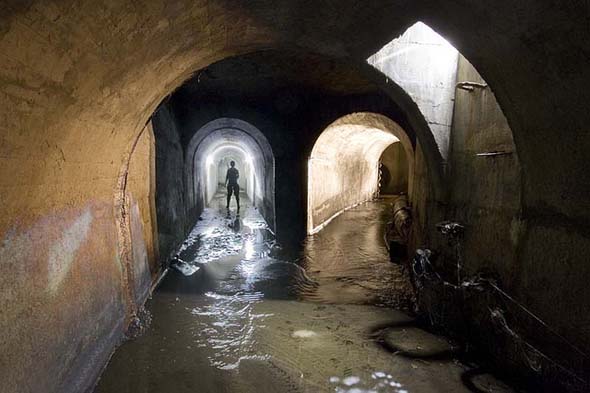 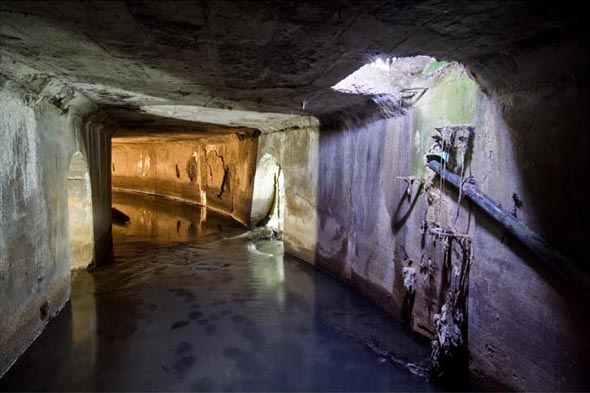 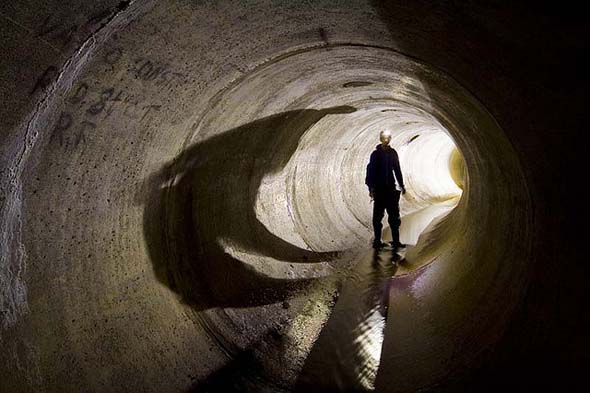 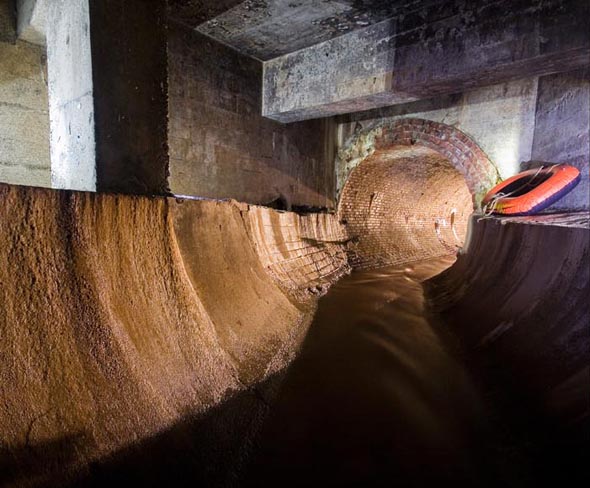