April brings showers but it also brings lots of business openings as entrepreneurs are looking to cash in on the always important summer months. On Roncesvalles, in the old Boho location that didn't survive the construction, a new restaurant called Blue Plate is set to open soon. The owners are posting updates and photos to their blog, Facebook and Twitter and promise that things are on track to meet their planned April 20th opening. 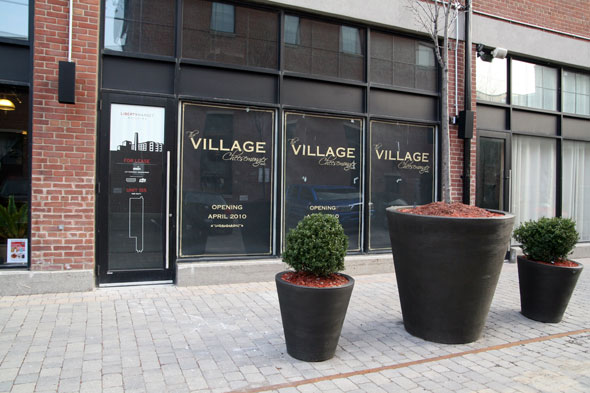 In Liberty Village, in the long shuttered Atelier Thuet space behind the Liberty Market Building the neighbourhood will be welcoming its first cheese store. The Village Cheesemonger will be opening imminently and according to their Facebook will sell more than 150 varieties of gourmet cheeses from around the world. 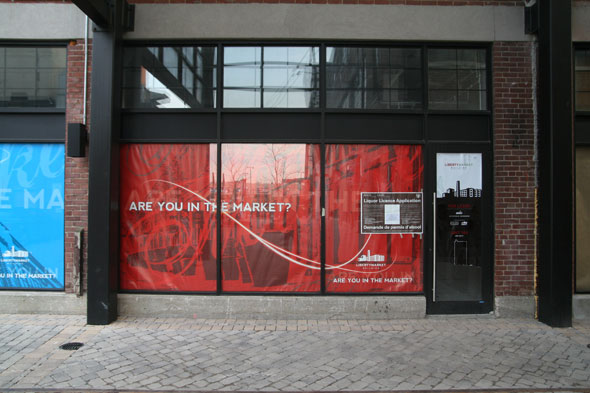 A few doors down from the cheesemonger, a new bar is expected to open sometime this Spring. A sign on the door says it will be called Locus 144 but I wasn't able to track down any other details. 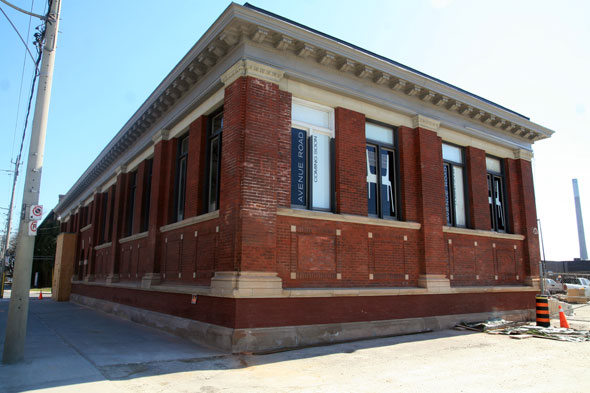 On Eastern Avenue, high end furniture store Avenue Road (currently hidden away on Booth) will be moving to much larger digs. I'm not sure what this means for this sleepy industrial corridor but there are plenty of more buildings like this one which could turn out pretty well in a retail makeover. 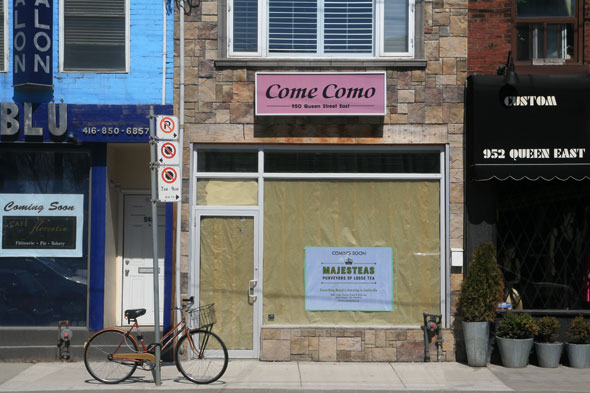 On Queen St, in Leslieville, a new tea shop will be opening soon meaning competition for nearby Steeped and Infused. Their web site doesn't have much information, but the sign on the window says Majesteas will be a purveyor of loose tea. 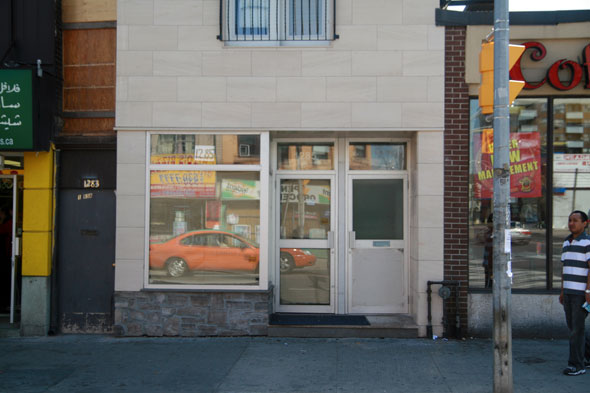 Finally, near the corner of Bloor and Lansdowne, a new restaurant called the Bloordale Pantry is getting set to join the burgeoning 'hood. Not many details are being shared via Twitter just yet but owners Rose and Anthony promise a mid April opening and support of local artists in the area.