Something strange is happening on Gerrard between Marjory and Jones. This derelict part of the street near Gerrard Square Mall was best known for not having anything worth visiting with plenty of vacant storefronts and the shuttered Gerrard Cinema among its non-existent tenants. But now the whiff of gentrification is in the air with Great Burger Kitchen scheduled to open this week and a sign in the old cybercafe announcing that Grinder Cafe won't just be on Main anymore. 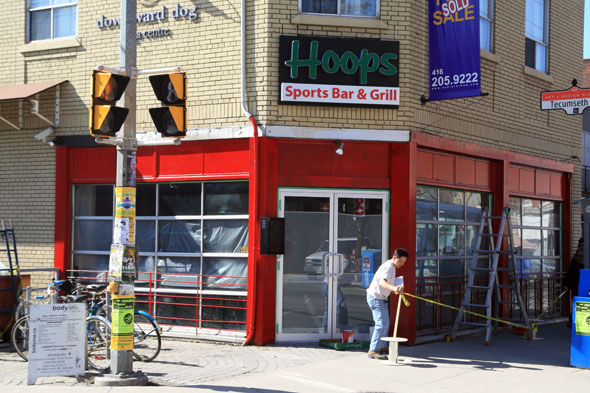 Meanwhile, at Queen and Tecumseth, the corner space once home to Vdara and Habitat has shockingly been leased to a sports bar. Hoops Sports Bar and Grill which some might know from its location at Yonge and Carlton is movin' in. I'm sure Downward Dog didn't see this coming. Now they're sandwiched between a sports bar and a massive billiard stick (Rack and Whack). 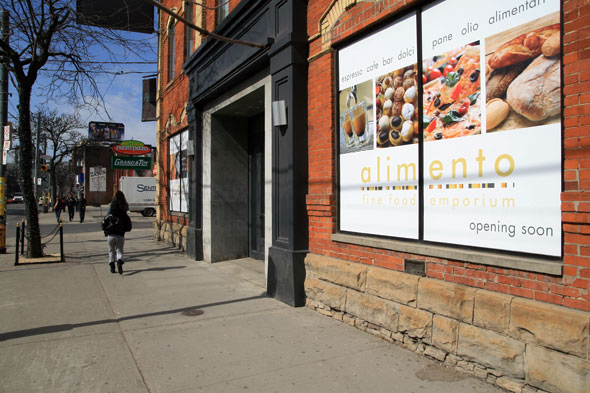 On King West at Brant, the massive corner space formerly home to a big fur outlet will be transformed into Alimento Fine Food Emporium. Signs out front suggest the new spot will feature a cafe, cheese, meats, pizza, panini, pasta, bread and other baked goods. 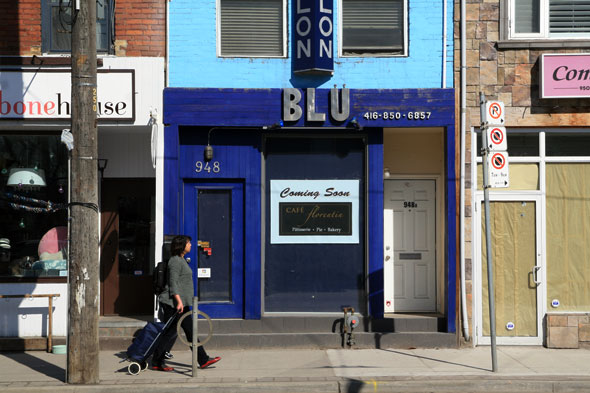 In Leslieville, in the old Blu Salon space, a second location for Cafe Florentin is expected to sprout soon. The original location is further east in the Beach. 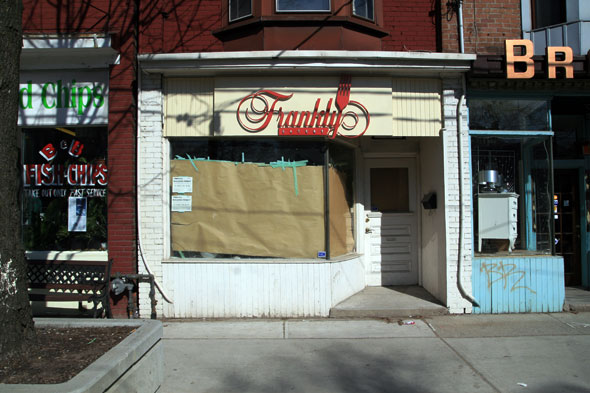 Also in Leslieville, the Six Shooter Records space that became vacant a few months ago will soon be home to Frankly Eatery. 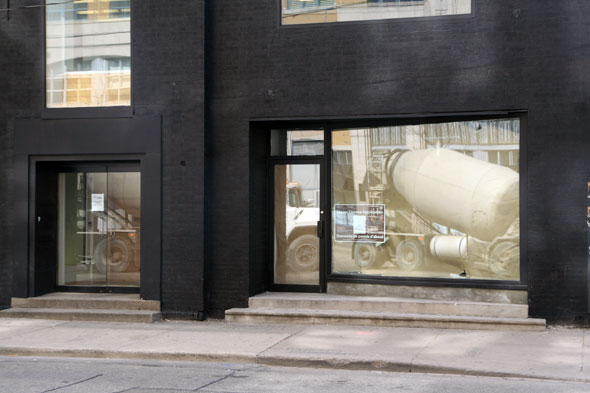 What happened to Goodfoot? The high end sneaker store has closed all its locations including the one on Bay. The original Richmond West store now has a liquor license application on its window indicating that a bar or restaurant called Goodnight will be opening on some yet to be disclosed date. 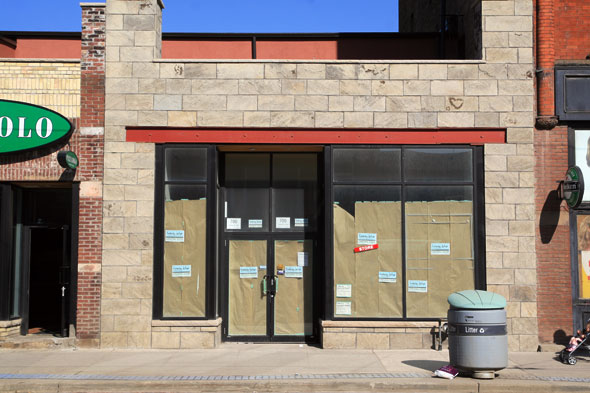 Back on Queen, on the east side of town, custom furniture maker/seller Kimberley Jackson is moving in next to the newish Pizzaiolo near Jilly's. Their previous store closed last year in the Beach. 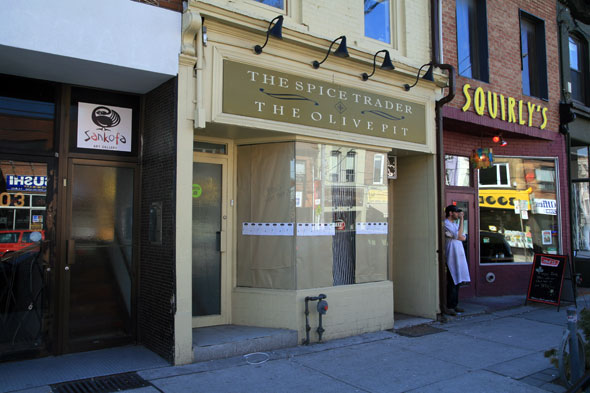 And finally, chocolate lovers rejoice! A second location for Delight Chocolate will be opening at the end of March on West Queen West in the space that was until recently home to The Spice Trader and the Olive Pit (they moved further west). Now some of the city's best hot chocolate and fair trade, organic chocolate can be found a bit more central than the Junction.