As we head into the last week of the worst month of the year there are plenty of bars, restaurants and other business about to open in Toronto. In Little Italy, the lactose friendly Korova Milkbar currently under renovations in the space formerly home to Ku (and before that, Pony). Fans of a Clockwork Orange will recognize the name but no word yet whether the drinks here will be laced with opiates. 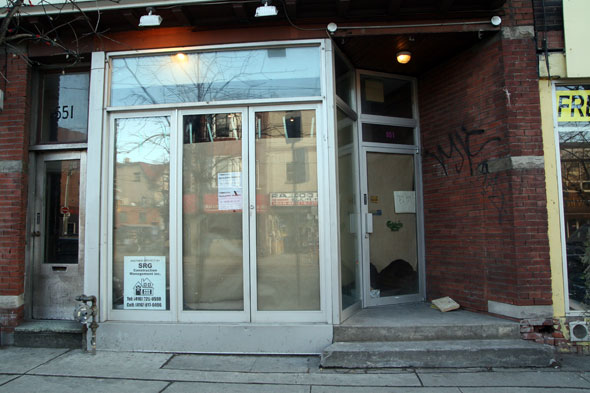 A few blocks west a new bar called Lab 651 is opening at 651 College St. where Bite Noodles and Rice never seemed to draw much of a crowd. 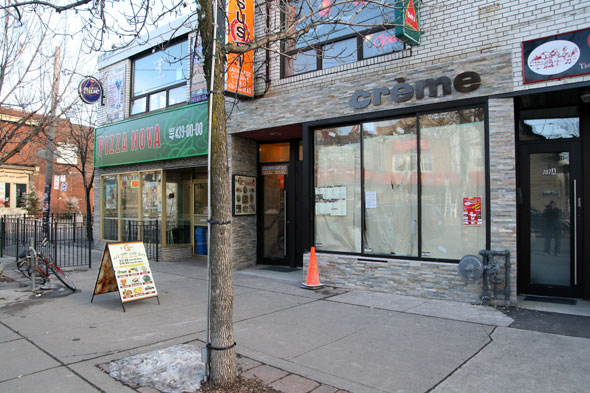 And still on College, sandwiched between the Pizza Nova and Churrasquiera O Sardinha will be a new cafe and bakery called Creme. They're currently hiring (in case anyone's looking). 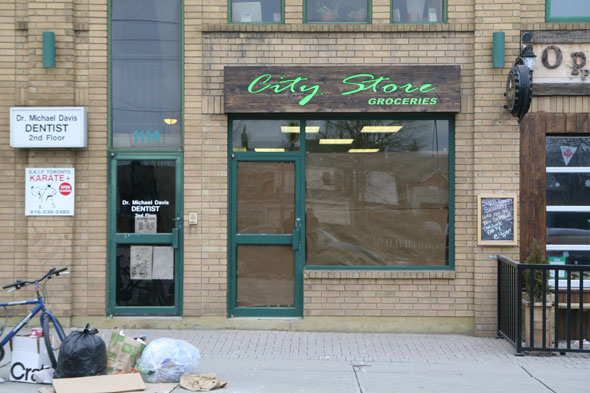 On Dundas, just west of Ossington, City Store Groceries hints that a nice convenience store or small grocer might be on its way but my attempts to find more information about what's coming proved unsuccessful. 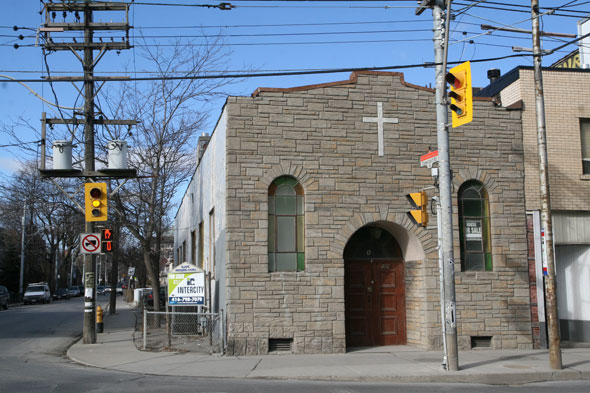 At Queen and Dovercourt, the old Slavic Pentecostal Church may or may not be transforming into a bar called the Saxony. Earlier this month there was a liquor license application on the front door but it seems to have come down in the past few days while the building appears to still be for sale and/or lease. 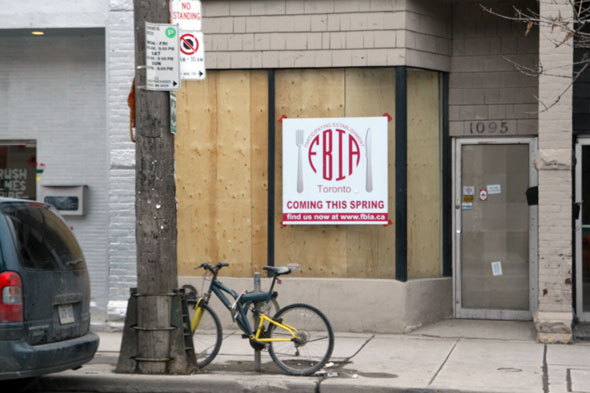 At 1095 Queen, next to Thrush Holmes Empire, a sign on the front window suggests a FIBA participating establishment will be opening in the Spring. Two points for anyone who can tell me what FBIA is since their web site doesn't seem to exist. 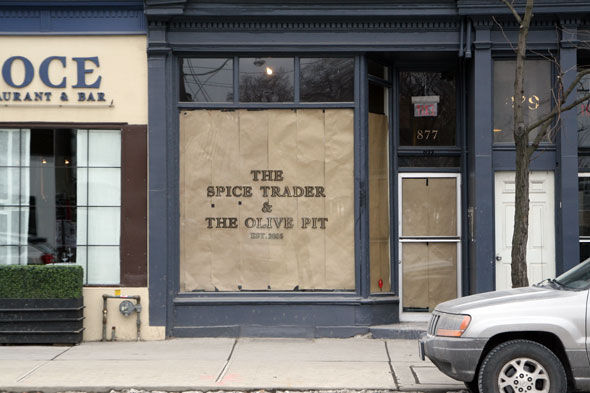 In the old Madras Pantry space across the street from Trinity Bellwoods, long time Queen West resident The Spice Trader and the Olive Pit are moving in. I guess the bonus with this new location is that the store will no longer be split over two floors. 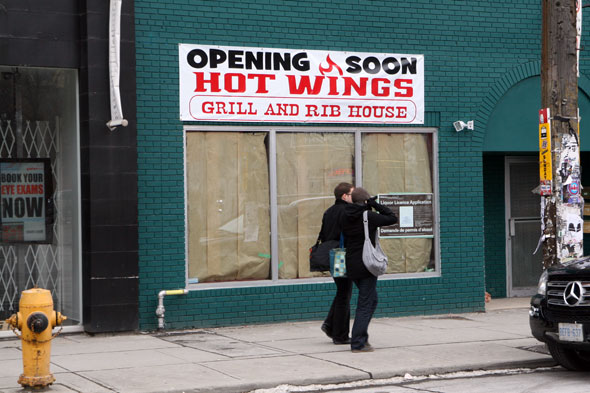 Still on Queen, it looks like chicken wings aren't just for the Annex. Hot Wings will be moving into the large space once uglified by Miami Subs. 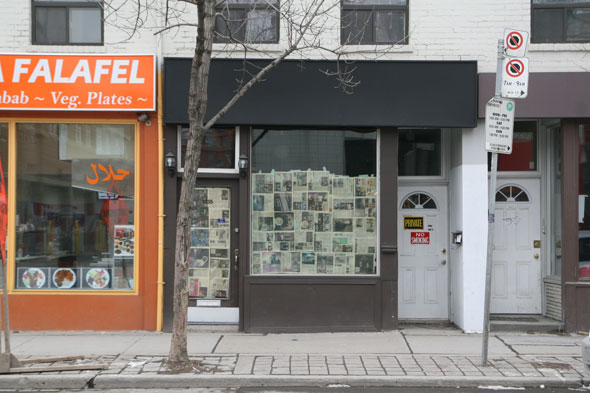 In Parkdale, paper has been covering the window of 1235 Queen St. West for some time now, but word on the internets is that the spot between Alexandria Falafel and Salvador Darling will be a new bar called Motel Breeze. 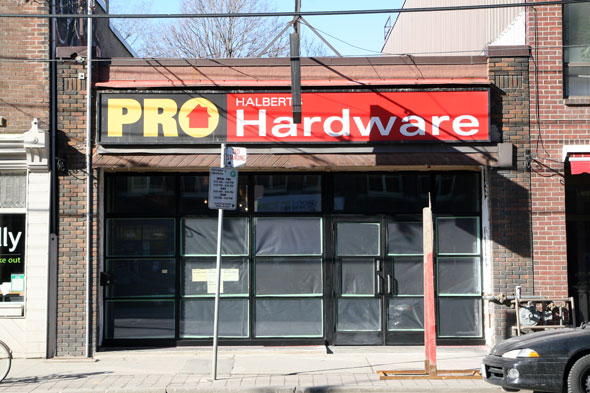 And, finally, the long-anticipated Parts & Labour looks to be finally coming to fruition. The web site is now up. Although an opening date has not been announced, expect this to be the new Parkdale hot spot given that the owners of Oddfellows are among those involved.