As we move into November, a number of new Opening Soon signs (or liquor license applications) have appeared in windows around Toronto. On King West near Tecumseth an old industrial building is being restored into a new bar/restaurant called The Garrison. Wait, didn't that just open on Dundas West? 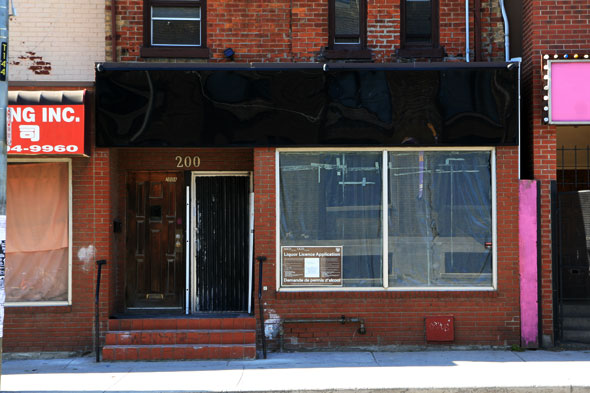 On Bathurst north of Queen, the owners of the long shuttered Rok Boutique are planning to open a new place next door. No longer satisfied with a bright pink motif, they've decided to go a shade darker (but still stick to the rock 'n roll theme) with Cherry Colas Rock & Roll Cabaret Lounge. (Updated in response to comment below, although in all fairness the liquor license application for Cherry Colas Rock & Roll Cabaret Lounge has the name Rok Boutique on it. You may want to look into that.) 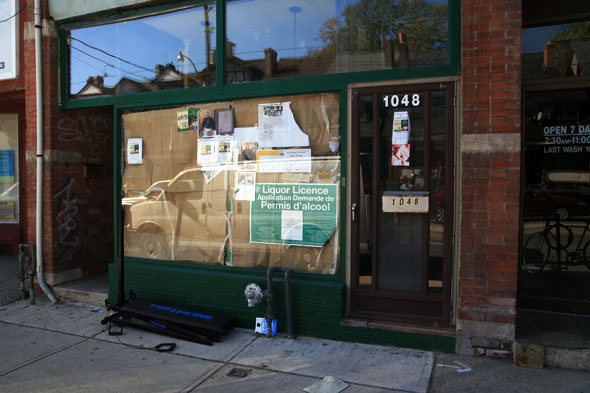 Further north on Bathurst near Dupont, construction has been in progress forever in what is expected to be the third location of John's Italian Cafe, er John's Classic Pizza. Which is it? 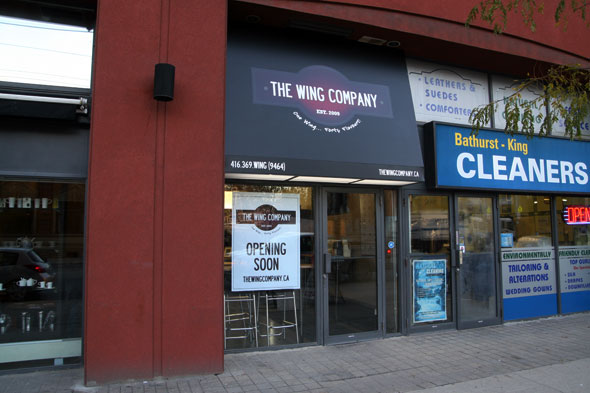 Still on Bathurst, The Wing Company had not yet opened when I last stopped by, but according to their web site they are now open. What's with all the new wing places lately? A second location in the Beaches is already planned. 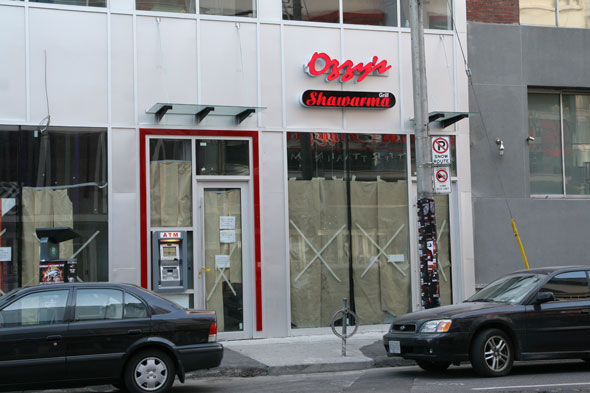 And finally, Ozzy's is opening soon on Richmond St. West in the Club District. Because, well, the area is done with the whole late night toasted sandwich thing and is now trying to pack as many shawarma places into two square blocks as it possibly can.