A number of intriguing new spots are pushing construction to be open before the end of the year. At the corner of Bellevue and Nassau, taking over the combined space formerly home to Left Feet and Heart on Your Sleeve, the conveniently named The Bellevue has put up a sign saying Howdy to the neighbourhood. There's no indication exactly what to expect here so if anyone has some info please add it to the comments below. 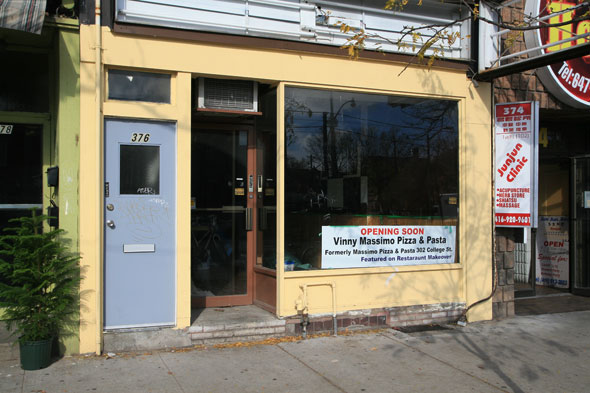 Nearby on College St., Vinny Massimo's apparently isn't content with a single location on Queen. Construction is well under way for their second outpost which will mark their return to College St. following the fire that closed their original location a couple of blocks east. 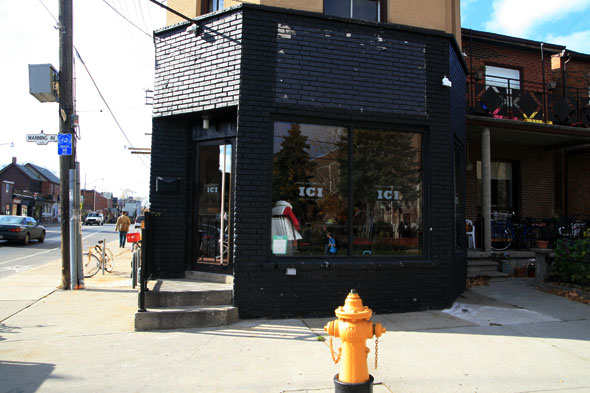 On Manning, at the corner of Harbord, the much discussed Ici Bistro finally has their liquor license but are still waiting on another permit or two before they open in what chef/owner Jean Pierre Challet told me will be 2-3 weeks. Expect upscale French bistro fare for dinner, as well as a weekend brunch. 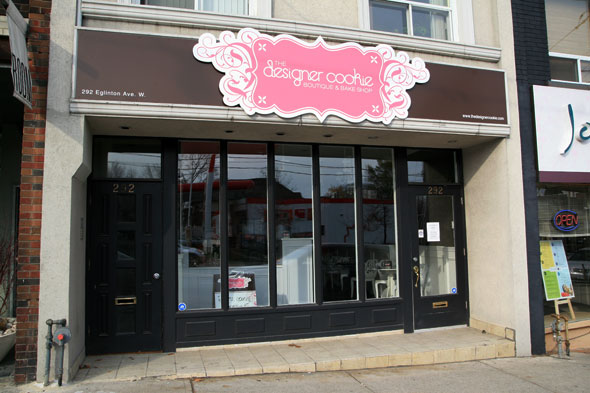 On the so-called Eglinton Way, between Avenue Rd and Yonge St., The Designer Cookie is jumping on the trend started by Bloor West Village's Sweet Flour Bake Shop. Opening day is scheduled for November 15th. 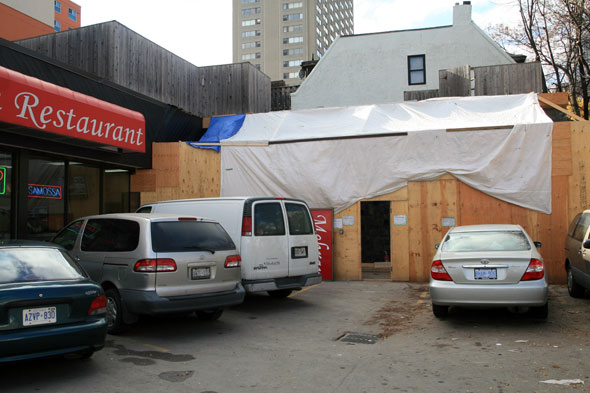 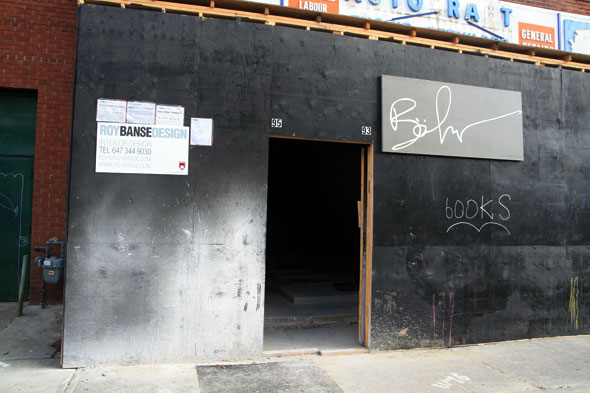 Former Rosewater and Spoke Club chef Paul Boehmer has been working away at his new Ossington destination for what seems like ages. But poking my head through the door this week it looks like things are slowly coming along. The massive space still has much construction ahead of it but at least they've settled on a logo. 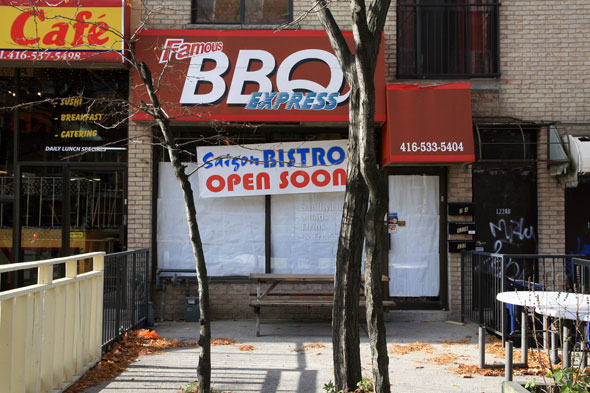 In Liberty Village, there has been quite a bit of turnover on the clustered lunch strip that is Atlantic Avenue. Famous BBQ Express and their cheap veggie thali disappeared some time ago and in its place Saigon Bistro is set to open soon. 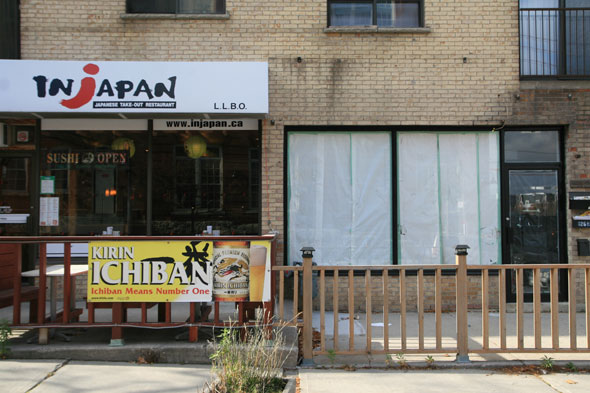 A couple of doors north, in the space formerly home to the Korean/Japanese restaurant Dilly Delicious, Chuck & Co. will be bringing the, uh, gourmet burger trend to the area. 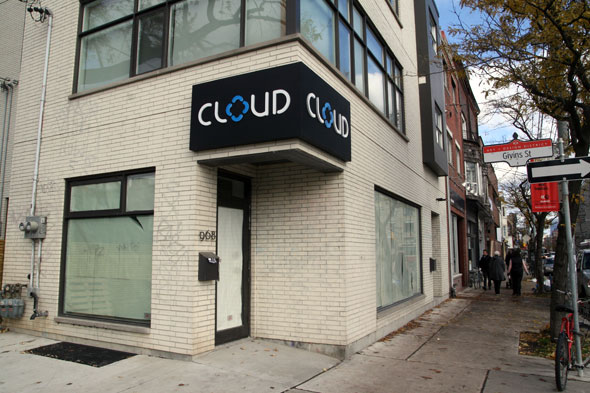 And finally, at the corner of Queen St. and Givens (a block east of Ossington), the mysterious-sounding Cloud Free Agent Espresso Bar is taking over a former gallery space that's been empty for quite some time. According to their Facebook Page they've just installed their countertops.