It's deja vu all over again as some familiar names appear on this week's list of what's opening soon in Toronto. The Auld Spot, a popular pub among locals on the Danforth, will aim to replicate that success at their under-construction second location on the south side of College near Clinton. By the looks of things, they're probably a good 1-2 months away from pouring their first pint. 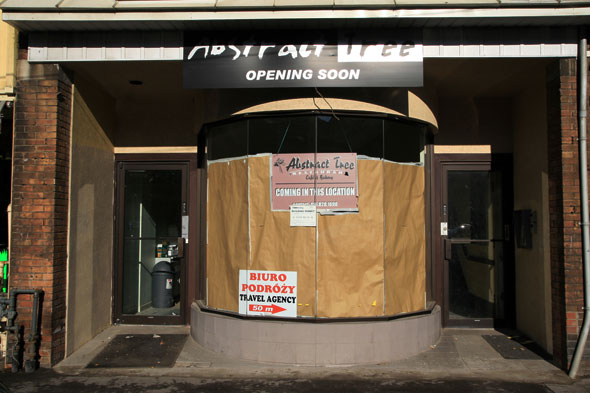 Meanwhile, on Roncesvalles, didn't the Abstract Tree just close? Apparently they've just moved south and are slated to open next to Benna's Bakery sometime next month. Based on their signage, it also appears that the new Abstract Tree will be less restaurant and more bakery/cafe. Because, uh, Roncesvalles doesn't have enough bakeries or cafes already, right? 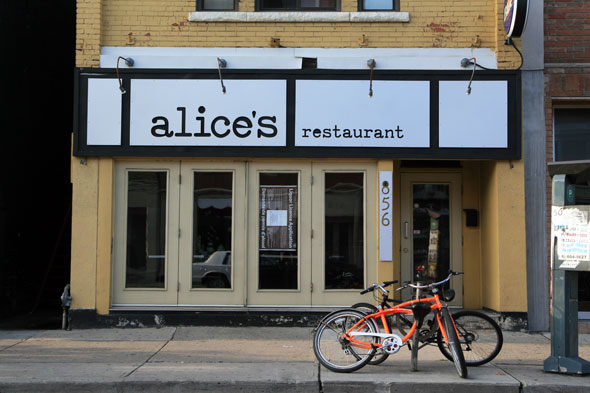 On the fringes of Little Italy, the sign for shuttered Alice's Restaurant still looks new but the liquor license application in the window suggests it won't stay up for much longer. The creatively named College St. Restaurant is expected to assume this space. 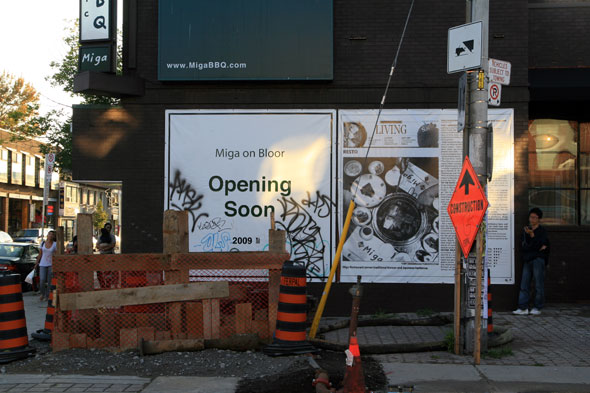 In the Annex, the much-failed space at the corner of Markham and Bloor is undergoing yet another makeover. This time there might be some promise though as the new tenant is Miga, a popular Korean and Japanese BBQ restaurant that already has a location in Mississauga. In 2007, the Toronto Star's restaurant critic gave it 3.5 stars. 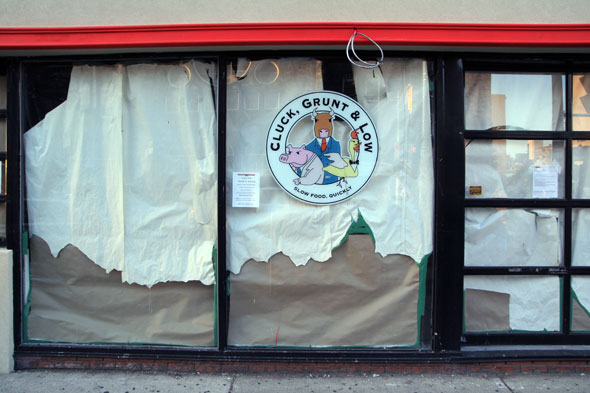 On Bloor just west of Spadina, the old Cluck, Grunt & Low location has found a new tenant. Because the student ghetto can't have enough wing joints, Puck 'N Wings will be adding to the list of options. A temporary sign promises the "freshest wings in the game with 50 different sauces and 50 fresh salad toppings to build your own salads". 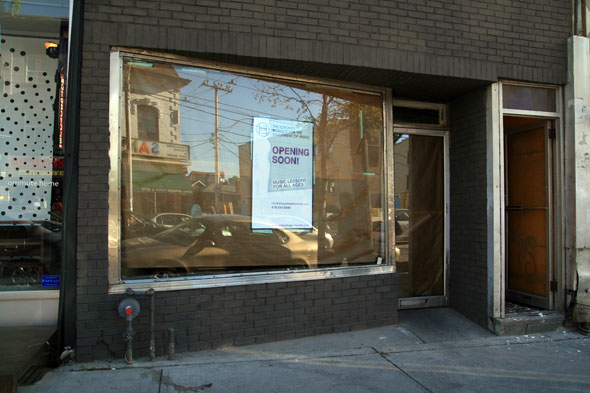 And, finally, on Queen near Niagara The Toronto Institute for the Enjoyment of Music is getting ready for its debut. They will be offering music lessons (including music appreciation) for all ages of students.