After almost a decade in storage, the Sam the Record Man sign has finally resurfaced in Toronto. The first piece of the iconic marker was installed early this morning above Yonge and Dundas Square at 277 Victoria St.

It's only a small part of the sign that's returned so far, but it promises that the most dazzling pieces will follow soon. Ryerson had pegged this fall as the reinstallation window, so this significant bit of progress demonstrates that the project is at least on schedule.

Behind the scenes, the folks at Sunset Neon have been hard at work restoring and (mostly) rebuilding the sign for its big debut. As much of the original neon and sheet metal have been maintained, but the vast majority of the parts have been upgraded. 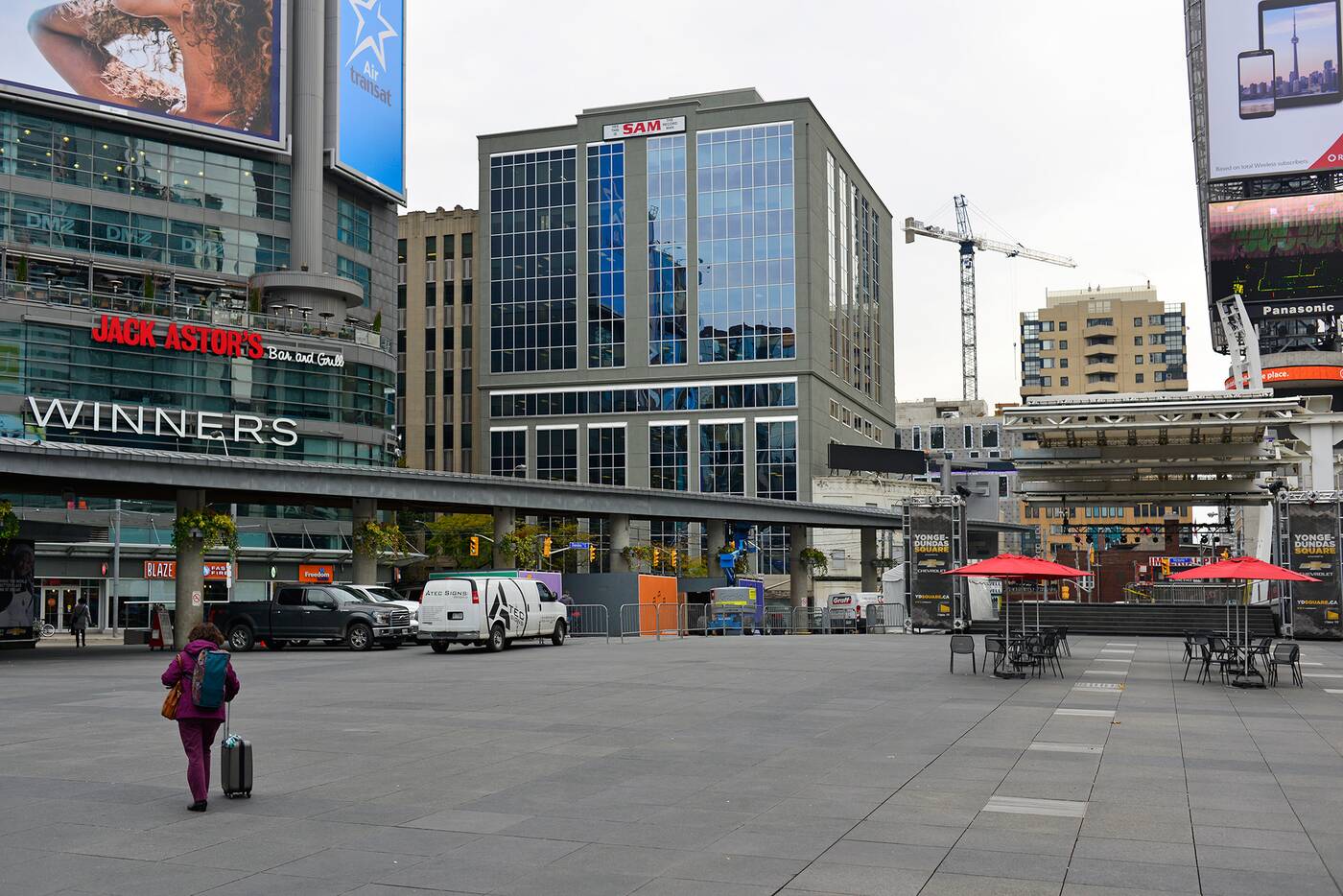 It would have been nice to see the sign go up in one shot, as the first segment is underwhelming on its own. Given the space in which it's situated, it kind of gets lost right now. I would assume this won't be the case when the entire sign is up, but it's worth noting just how high up it is.

Let's bracket any worries about the sign's impact until the whole thing is up. It's worth remembering that the it'll be fully functional when it's reinstalled, so the shining lights will certainly make it more impactful than any rendering could convey.

Bring on the neon.