Among the many highlights at the Luminato Festival this year was a special edition of Choir! Choir! Choir! with Rufus Wainwright singing an epic rendition of Hallelujah.

Potential choristers don't have to audition - you can just show up, pay the requisite $5, and spend the next few hours learning the three-part choral arrangement of a pre-selected pop song (Adilman and Goldman do ask that you listen to the song before attending, though).

At the end of the rehearsal, a performance of the song is recorded for social-media-sharing and colleague-impressing purposes.

For Luminato, the set-up was mostly the the same - come in, learn the song, tape the performance - but with some exciting differences. Instead of the back room of Clinton's, this edition of Choir! Choir! Choir! took place in the beautiful Hearn Generating Station.

As someone who has spent a significant amount of time both in a choir and listening to the soundtrack of Shrek (I was very popular in my youth), I was really excited to revisit my choral roots with Wainwright.

The event started at 7 p.m., and we rehearsed for about an hour and 15 minutes. Singers self-identified as high, middle, or low and each section was taught their individual part of Hallelujah.

The large space, huge number of attendees, and all the excited chatter made hearing the directors a bit challenging, but Adilman and Goldman made it work. By the time Rufus made his way to the stage for the recording, we sounded pretty amazing - somewhere between the Vienna Boys Choir and New Directions. 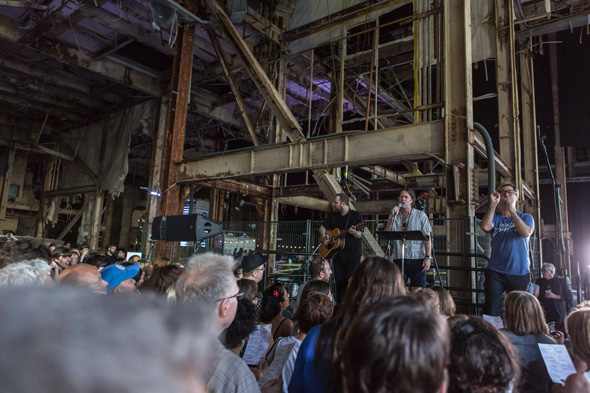 We did a few takes for the recording, all of which sounded fantastic and seemed so much more serious and emotional than the rehearsals.

There was something so surreal about singing this hauntingly beautiful song in a gorgeous space with the sunset glow streaming in through the window with such an amazingly talented singer who has won tons of awards and makes incredible art and has probably met Shrek in real life.

After the last take was wrapped and choristers were filing out, the excited chatter turned into serene humming and relaxed whispers. The night somehow managed to bring forth hundreds of singing voices and reduce them to awe-stricken appreciative murmurs in the course of only a few hours. 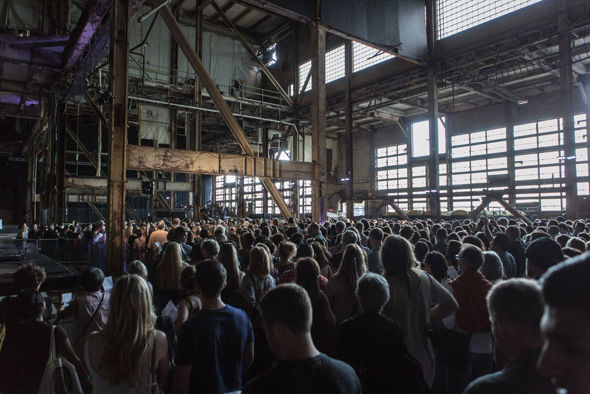