It's been nearly a year since the Guv held its farewell rager. But, despite that major loss to Toronto's club scene, INK Entertainment will be replacing the Sound Academy with a new mega-club complex in 2016.

The Sound Academy, one of this city's much-derided venues, will shut its doors in January. This 45,000 square-foot space will be reborn as an entertainment multiplex that'll feature multiple bars, a concert hall and a discreet backstage club, according to an INK news release.

It'll be designed by Studio Munge to reach "new heights of hedonism," the revamped Sound Academy will include a "fashionable black and gold colour scheme, high-gloss contemporary surfaces, unusual animalistic and vegetal patterns, and subversive graphics," notes the release. 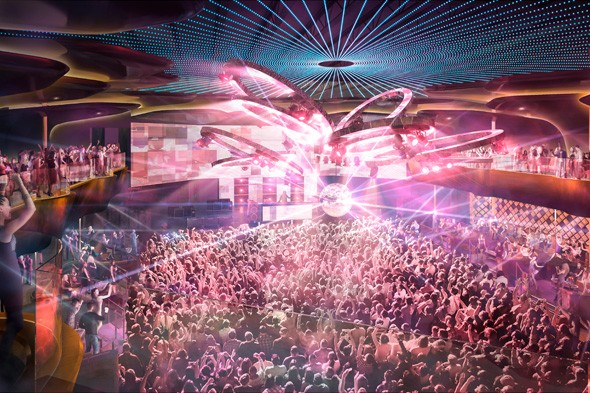 This still unnamed venue will be connected to the Cabana Pool Bar and it's slated to have skyline views as well as a massive dance floor.

Are you excited for Toronto's newest mega-club? Let us know in the comments.