The Flyer Vault is a repository of Toronto concert posters that tracks the history of live music in this city. When last we wrote about it, the Instagram account already boasted an impressive collection of flyers spanning a diverse array of genres from the 1980s through to the mid 2000s.

Fast forward half a year and site curator Daniel Tate has been hard at work to upload hundreds of additional flyers from his collection. In so doing, he's noted a number of Toronto "firsts" that he was kind enough to share with us. It's quite a ride through the history of popular music to check out the poster from, say, Moby's first show in Toronto all the way back in November 1993.

Other notable first/early Toronto shows that Tate has tracked include the humble beginnings of superstars like Destiny's Child, Notorious BIG, Rhianna, Daft Punk, Nas, Deadmau5, and Kanye West. Over and above the star power, these flyers are also fascinating for the lost venues that they recall, places like the Apollo, The Concert Hall, and Footwork.

Take a trip down the rabbit hole of Toronto music history with this selection of first/early Toronto shows from some of the industry's biggest names. 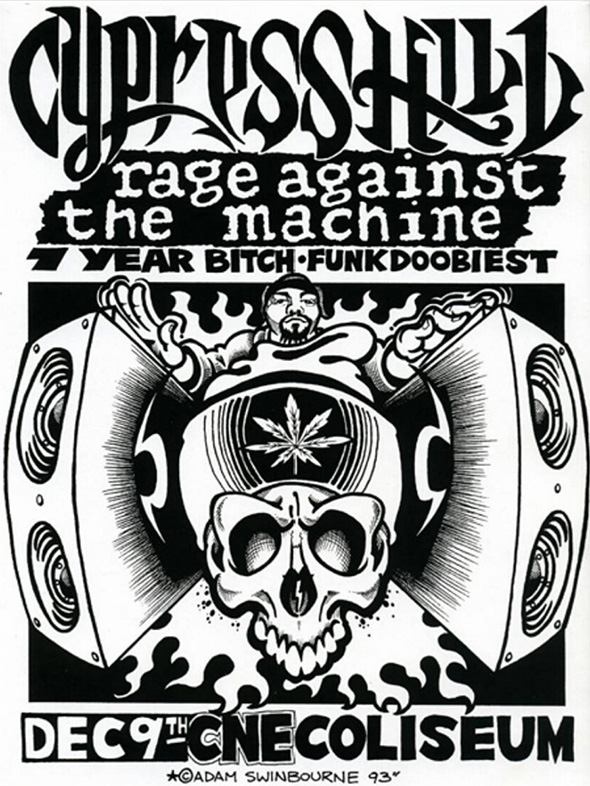 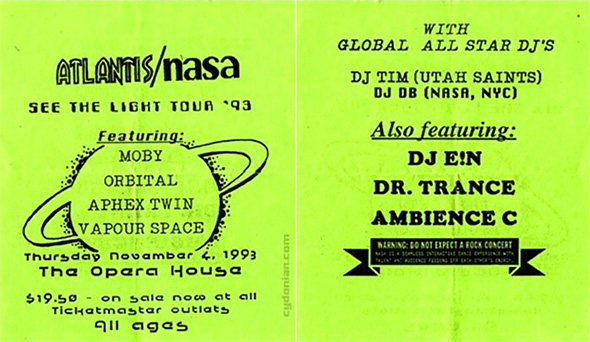 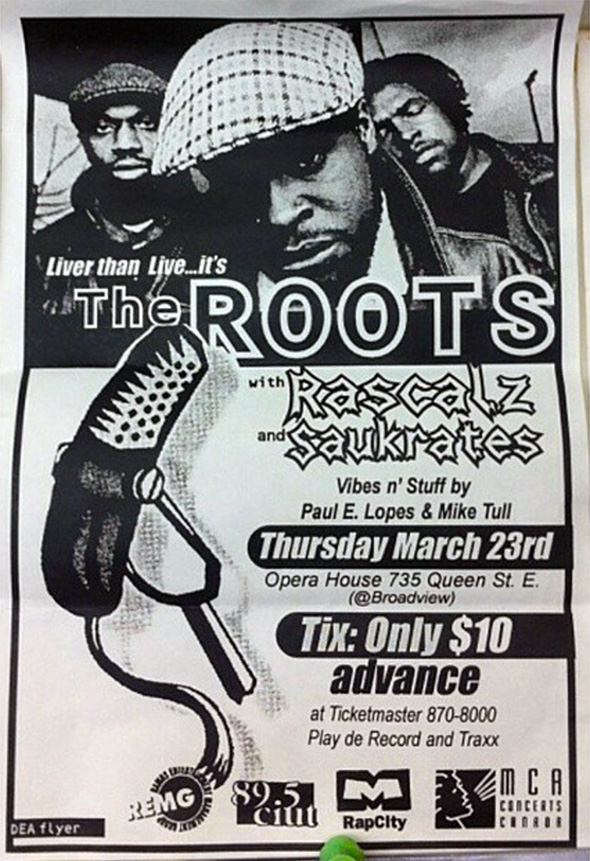 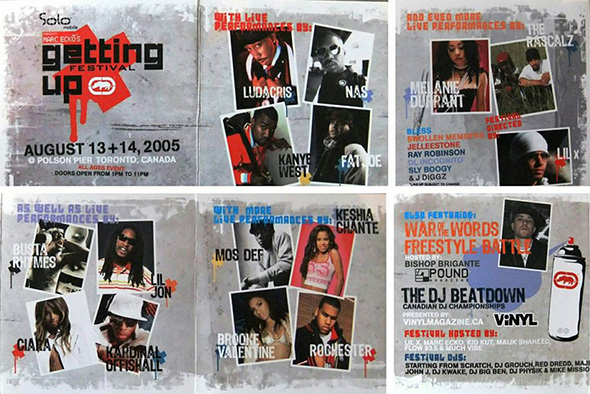 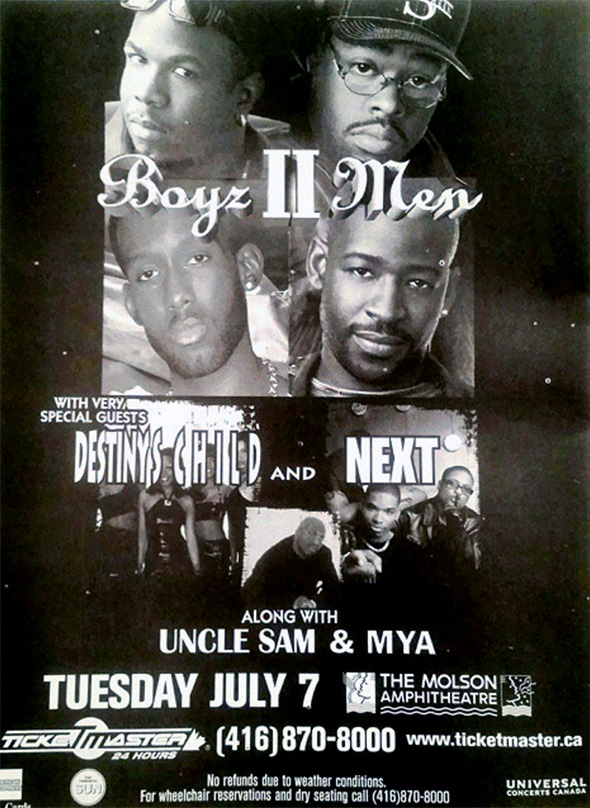 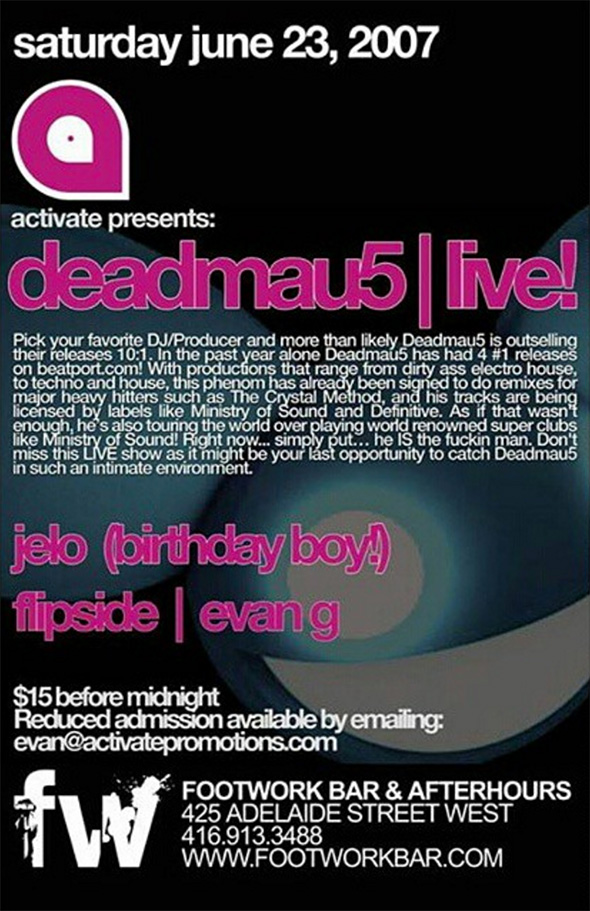 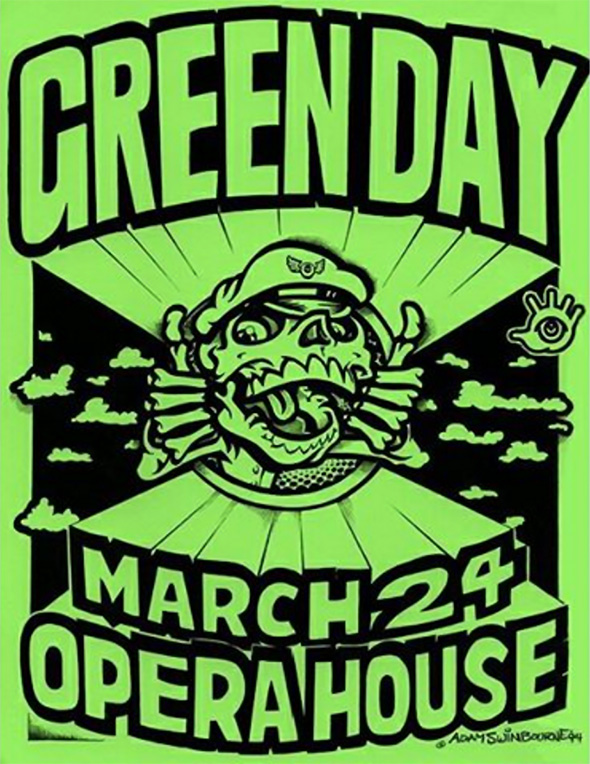 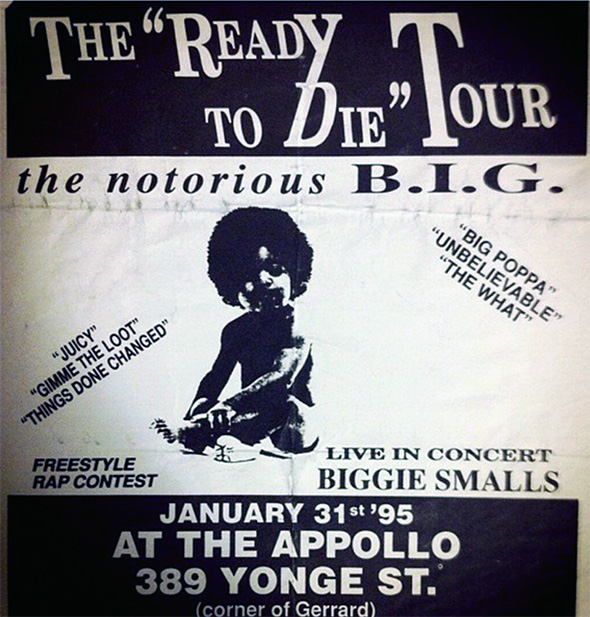 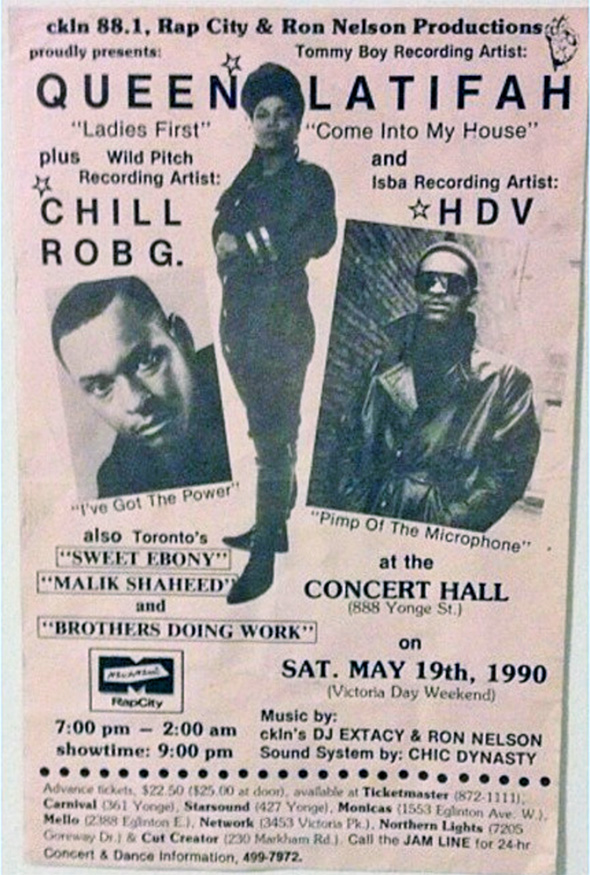 This is but a small sample of the remarkable archives at the Flyer Vault. Check out way more at on Instagram.