An unassuming house with a decade-long history as a legendary Toronto party hotspot, this past Friday 159 Manning was the host of its annual June concert - A 12 hour-long, two stage bash featuring artists like Pat Jordache, The Dead Obies, Clairmont The Second and twelve more.

Presented in part by M for Montreal (the annual fall music festival and global ambassador of Montreal-based art) the jam was raucous, sweaty, and pretty much everything else you'd expect from a house party, except run with the diligence and organization of a well-kept ship. 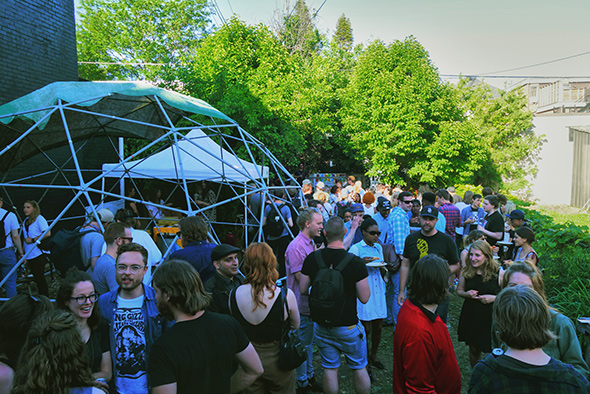 The showcase started at 1pm with sets every 45 minutes alternating between the Living Room and Backyard stages. Not wanting to under-deliver on it's title , the Living Room stage is set up in the front room of 159 Manning, with acts playing towards what in another era of family residence, would've been the dining room. A small photographer and press pit exists off to the side of the other entrance to the living room - aka the main hallway. 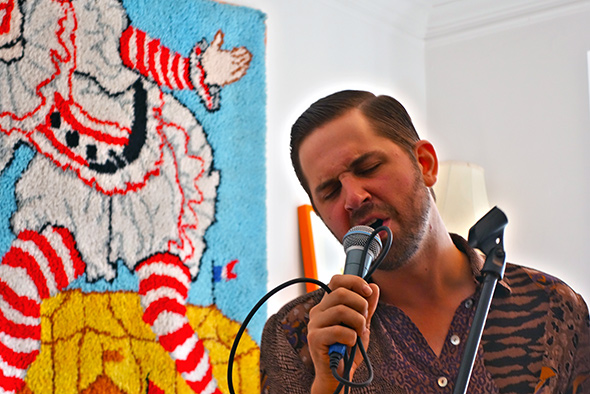 Being a tight, but by no means un-workable space, living room sets were hot, noisy, and extremely 'gaze into your eyes' intimate. Montreal glam pop outfit Pat Jordache took the stage at 5:15pm, playing a heart-felt and down-tempo funk set while the afternoon sun shone through 159's front windows. 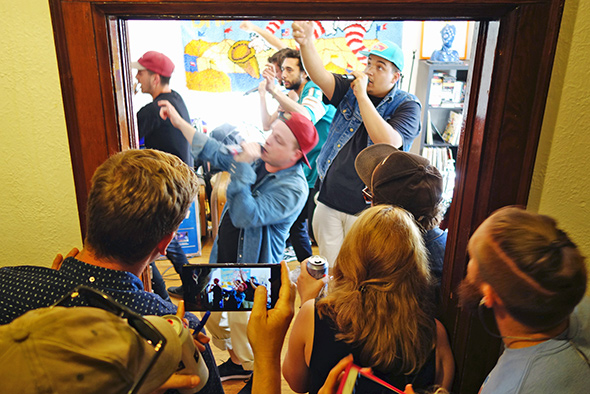 Next up inside was Montreal's The Dead Obies - A rambunctious rap crew with nods to the Southern California 'gangster on indie' sound. Jumping around to churning heavy-hitting beats, their set felt at times like it would bring bring down the house itself.

Extremely high energy and with an interchanging roster of five equally talented MCs, the Dead Obies are a group to watch, whose mix of French and English rapping sounds like an unfiltered take on Montreal's seedy underbelly. 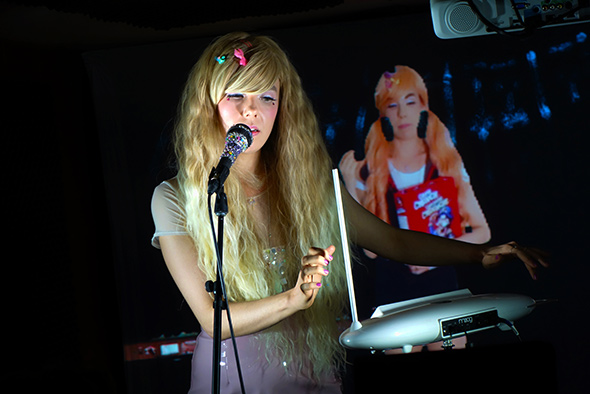 Following each Living Room set audiences were invited down to the dark of the basement for a special performance by Toronto's Clara Venice. Impressive psychedelic projections served as the perfect stimulation to Clara's light-hearted 2000s pop flavour Theremin tunes. 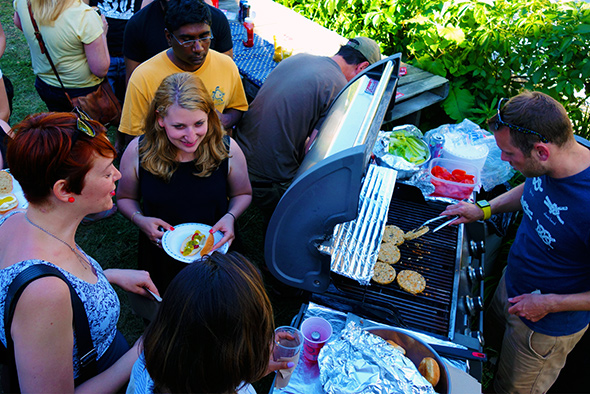 Out back, the crowd grew steadily into the evening fueled by a healthy supply of beer, pizza and veggie burgers. At the rear - behind the derelict (but noteworthy) massive steel orb that graces each of 159 Manning's parties - was the backyard stage. 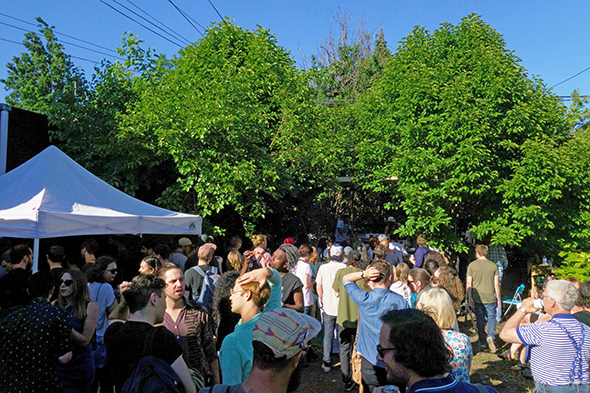 Elevated and shrouded in foliage, the backyard stage was a utopic mini-festival unto itself. It's sheer existence (being surely mere metres from neighbouring bedroom windows) is a testament to Toronto's rift of laissez-faire attitude that emerges from hibernation each summer. 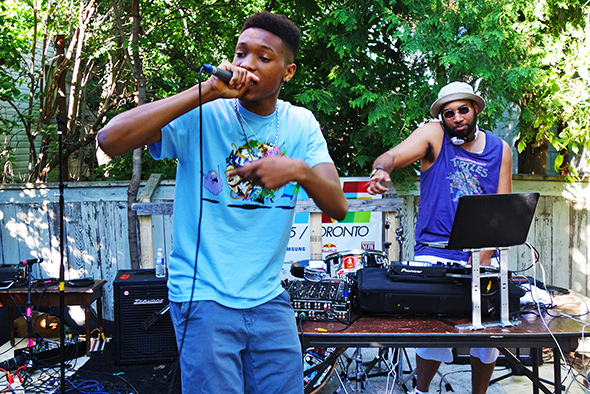 Toronto's Clairmont the Second played a 6pm set with smoothly produced beats and the playful jittery-hop of Chance the Rapper. Well-performed and talented, 17-year old Clairmont has skill and tact - look out for him to keep pushing (and hopefully soon breaking out of) Toronto rap tropes. 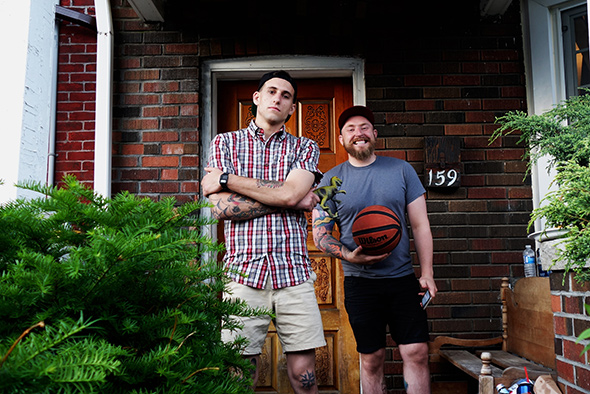 Showing no signs of slowing as the sun went down and continuing long into the night, this year's edition of the 159 Manning June party delivered all the perks of an outdoor concert on the Toronto islands, but with the intimacy of a private show... and none of the ferries. With neighbours this cool, you'd never want to move either.

Writing and photos by Aaron Reis