TURF is coming back for year three, and they're playing it a little different this year, probably in light of all the festival madness. The Toronto Urban Roots Fest will be held over three days at the very end of summer, September 18-20. That means you have plenty of time to recuperate post Neil Young - smart.

On the lineup so far are Wilco, Neko Case, Deerhunter, Built to Spill, Cake, Edward Sharp and the Magnetic Zeros, Of Monsters and Men, Cold Specks, Elliot Brood, Will Butler, The Sadies, and um, Desaparecidos, among more.

Unlike new festivals like UK import Bestival and Bonnaroo offshoot WayHome, TURF also incorporates off-site venue gigs and is a locally run operation, so it's worth showing them the love. Plus, what better way to soak up the last of the summer sun? 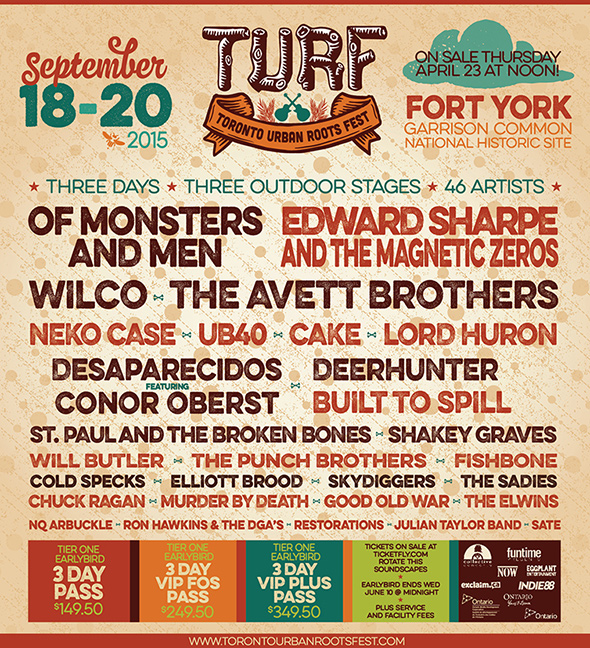