It's been said many times and in many places that Toronto has a great music scene. Instrumental to that vitality is people's willingness to open and operate live music venues - with or without bureaucratic approval. When bars and concert halls won't do on account of red tape, a strict 19+ door policy, or high rental fees, creatives respond by starting their own makeshift performance spaces.

These places often serve more than one function, doubling as a home or business in addition to community hub. At their best, these DIY venues are incubators for new talent, sounds, and ideas. They also (sometimes inadvertently) demonstrate a larger tension between creativity and public policy, often operating on the periphery of the law during their short lives, before being stamped out to make way for new businesses or condos.

Toronto's rich history of DIY venues is a long and complicated one, and the spaces featured on this list are only a handful, but they're definitely among the best.

Here are the 15 Toronto DIY venues we miss the most. R.I.P.

Lionheart
As recently recounted by The Music Gallery's David Dacks, the Lionheart was a club started out of necessity - partially to showcase Toronto's great reggae talent, and so that DB Hawkes could broadcast live reggae performances on his CIUT radio show without actually having to fit those bands in the studio. The club was quickly shut down, but the impression Hawkes made across Canada was a lasting one.

MBC
Before going on to open the highly influential and successful BamBoo, Richard O'Brien and Patti Habib (both CBC staffers at the time) ran the MBC Boozecan in a third-floor loft space at Liberty and Jefferson. The after-hours club booked local bands and international reggae acts and remained open for two years, until 1982. The profits from this boozecan helped to bankroll O'Brien and Habib's investment over at Queen and Peter later that year.

Skramden Yards
Skramden falls under the "punk house" category of DIY venues (see also: Thigh High Clubhouse, Fun Haus, and House of Dogs), which is as simple a venue as you're likely to find, save for the great outdoors. Throw a show in your living room! Or, in this case, your kitchen. During its two year lifetime, Skramden Yards was host to a number of bands from all over, and showcased a great amount of Southern Ontario's best post-hardcore talents, including Animal Faces, Foxmoulder, Mighty Atom, and Pretty Mouth.

Earthship
Before they started Halo Halo Village, Jeff Garcia (aka Mangopeeler) and Jan Avendano ran Earthship along with Andrew Zuckerman. The venue, which was located in a coach house near Davenport and Dufferin, featured performances from the likes of Pon De Replay, Stan Krzyzanowski, and Eric Cheneaux. Garcia's original Halo Halo studio's proximity meant there was a heavy visual art side to the space: the interior often looked as though Garcia's and other collaborators' works had spilled inside. 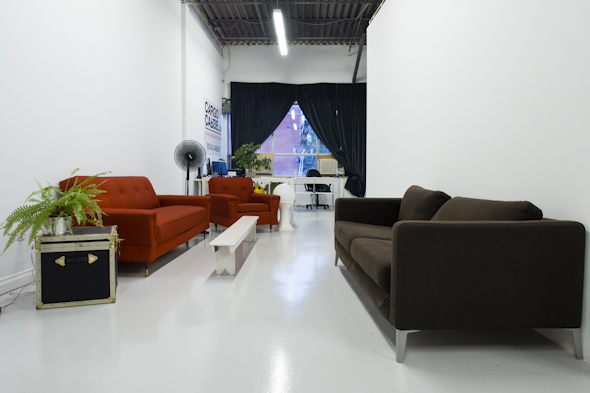 Polyhaus
Like the Jam Factory today, or the Dickens Street Theatre before it, Polyhaus was the home to the long-running concert series Feast In the East. Opened in Leslieville in 2011 as the neighbourhood began to really shift, the loft space functioned as a venue, office, recording studio, and photo studio before shutting down in 2013.

961a College
Since new management has taken over, The Smiling Buddha has transformed from one of Toronto's more lovably sketchy venues to a booming home for the city's rising talent. The apartment above was quite active as a venue in its own right, but shut down once the new owners moved in. 961a's memory still lives on in the archives of photographer YOSH.

23 Hop
Established in the early '90s inside an abandoned warehouse near Richmond and John, 23 Hop anticipated what would become the city's club district. It served youth interested in house music when no other space in the city was offering it. Events were originally all-ages, but in time more police awareness meant they had to stay 19+. Even then, it wasn't 100% legit: a well-placed bar inside a freight elevator kept the club running without any liquor licensing.

!059 / 1059 Bathurst
This house turned venue acted as a stage for many great acts including Sean Nicholas Savage, Army Girls, Light Fires, Maylee Todd, Laura Barrett, and Beliefs in addition to a number of comedy sets, lectures and anti CMW/NXNE parties. You name it and it happened in this "dream" house.

New Works Studios
This Chinatown venue was run by avant garde musician and turntablist Mike Hansen, who used it as his recording and practice studio in addition to booking performances. Most of the acts that walked through those doors skewed toward the avant and electroacoustic worlds, styles are not often represented at the majority of music halls in the city.

Crash 'N Burn
The stuff of legend. While the Horseshoe was where "The Last Pogo" took place, Crash 'N Burn, a punk club run by the Diodes in the late 70s, was the alpha to that omega. Located at 15 Duncan, the club doubled as the Diodes' rehearsal space, and site of where they recorded the Raw/War 7'' (the first and also rarest punk record to come out of Toronto) along with members of the Centre For Experimental Art and Communication and The Curse.

Jamie's Area
Before Daniel Vila and Jon McCurley opened Double Double Land, Vila ran Jamie's Area with Bonny Poon in 2009. The short-lived venue, named after the puppeteer who lived in the back, was located at 193 Augusta, and had some rather ambitious aims. In addition to musical performances, the space was host to a Food Series and apparently aspired to become a direct facsimile of a Starbucks in order to push a few buttons in the neighbourhood.

Who's Emma
First located at 66 Â˝ Nassau (now The Grilled Cheese), before moving to 69 Â˝ Nassau (now Paul's Boutique) Who's Emma was an anarchist book and music store that hosted shows in its basement. Though Kensington has been home to a number of other punk venues over the years including Adrift and Bunchoffuckinggoofs' Demilitarized Zone (DMZ), Who's Emma best epitomizes the strong ties between Toronto punk and the market. It was the subject of a documentary in 2010 called Remember Who's Emma.

Siesta Nouveaux
If you're curious about the state of punk in the city and why it is where it is, look no further than Siesta Nouveaux. Whether its proximity to an alternative high school is what brought kids out in droves, or the music itself, Siesta regularly held all ages shows. Siesta didn't cater solely to the punk crowd, but the punks' patronage and advocacy around fighting the inevitable condo development that would rise in its place is part of why it's remembered as such a vital space today. 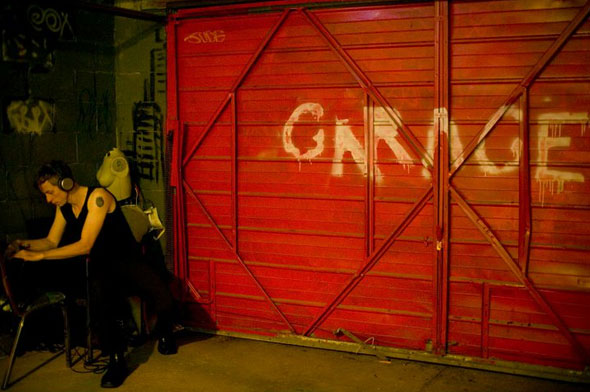 Buzz Garage
Before they were releasing Polaris-nominated records, Denholm and Jude of Buzz Records (and members of Odonis Odonis and HSY, respectively), ran a DIY venue in a garage on the outskirts of Kensington Market. Bands like Anagram, Greys, Violent Future, and Dilly Dally all played to packed crowds in the garage, laying the groundwork for an incredible scene and one hell of a label.

Academy of Sciences
Along with the House of Everlasting Superjoy, Somewhere There, and Placebo Space, the Academy of Sciences was a venue that popped up in the late '00s along Sterling Road. Run by none other than Bo from Das Rad, an incredible amount of excellent bands passed through its doors before it closed in 2012, including John Milner Yr So Boss, DD/MM/YYYY, Metz, Spiral Beach, and Hut. While the street has since quieted, it's impossible to deny influence of Sterling Road on the shape of the Toronto DIY scene today.

What did we miss? Eulogize your favourite DIY venues of long ago/last week in the comments.