What Polaris win for Tagaq means for Canadian music

The winner of the 2014 Polaris Music Prize was announced as Tanya Tagaq last night in a decision that will go down in Canadian music history as a key moment of transition - no exaggeration needed. While 2013's quasi-shocker of Godspeed playing king-alts and refusing the prize was perhaps the esteemed, arts-driven, $30,000 music prize's more dramatic incarnation, Tagaq's win means so much more for Canadian art - and Canadian people. 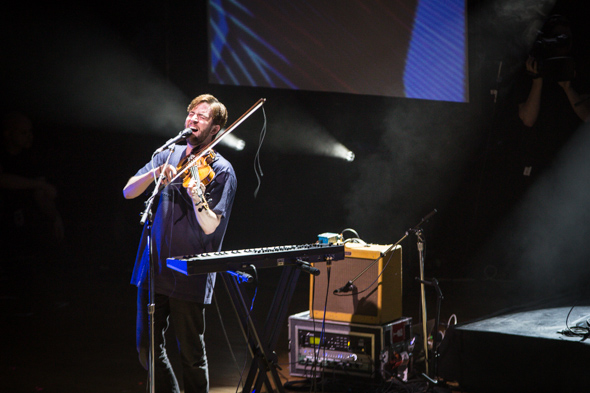 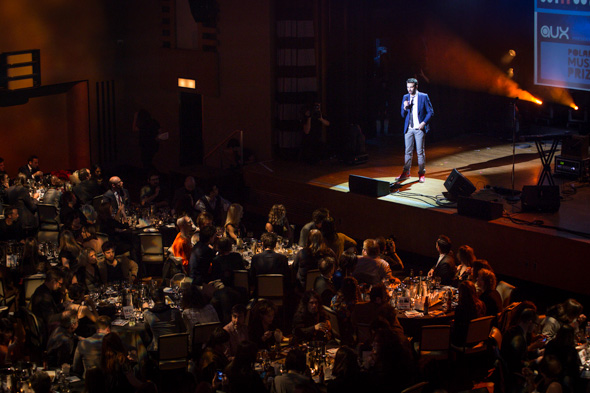 As time dragged between host Jay Baruchel's bad jokes (without Factor most of the talented, dedicated nominees would surely be working as sandwich artists) and one horrendous, gender-speculating joke about a presenter (what?), I felt a little sorry for anyone in the sold out public gallery who'd bought tickets in hopes of seeing Arcade Fire and/or Drake, or Sonic Titan and Timber Timbre, only to find out last month they would not be performing.

(Admittedly Drake was a long shot who ended up playing the Hollywood Bowl instead, but I did see a floor plan for the gala bearing his name, crossed out in red by some disappointed hand.) 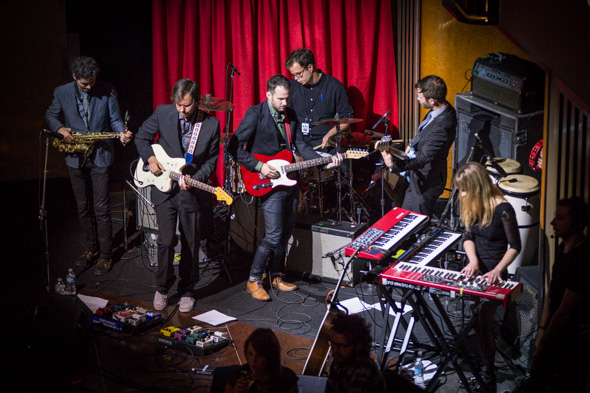 Yet in the media sections and around the room, every in-the-know attendee kept muttering the same mantra. "Wait until Tagaq performs." 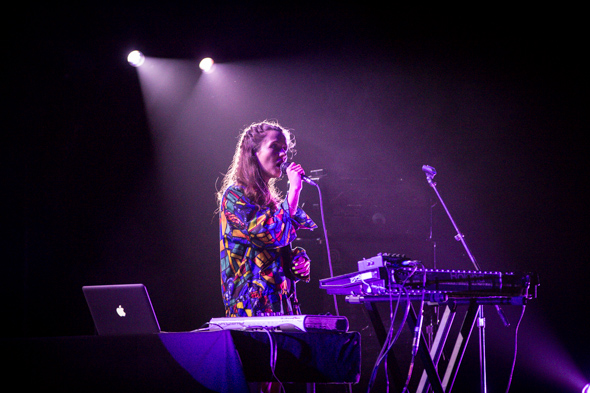 After Jessy Lanza's gorgeous, bass-heavy performance (and introduction from her mother rather than indie celeb or media pundit) refreshed the room with a new energy and Shad and Lights' surprise duet got everyone grinning, Tagaq took her time setting up the stage with a huge back up chorus dressed in black. All the waiting was worth it. 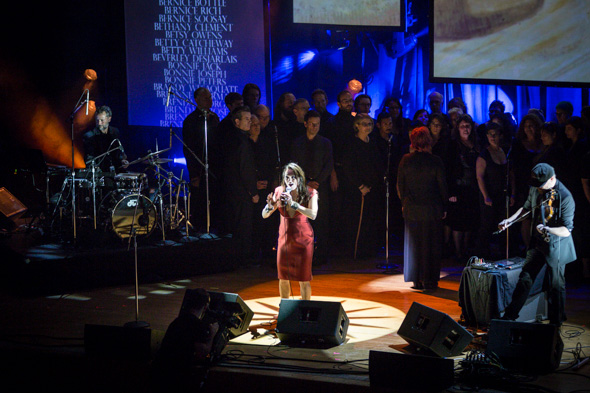 There's no way to describe Tagaq's music without the risk of making it sound dull. Throat singing, contemporary-traditional, experimental, vocal explorations - yo, most Canadians are like "change the channel" right here. But as it is when you see any artist who breaks away from known generic constraints and sounds to create a force that is uniquely driven by the power of her own vision, Bjork-collaborating Tagaq has to be experienced to be understood.

And this, not the $30K, is the greatness of Tagaq's Polaris win: now the grunting, screaming, Francis-Bacon-painting emulating diva (you might entice your friends by linking "death metal" with "r&b"), more mainstream-famous for supporting the seal hunt than as an indie musician, will have her unique artistry thrust into the spotlight. Pitchfork wrote their first entry tagged Tanya Tagaq last night, and the Polaris Prize legitimately lived up to its claims that it cares only about an album's "artistic merit."

And for all the rock&roll-light swagger of "STFU" notices and creative interpretations of the blazer being thrown around at the gala, there was the actually bad-ass move of projecting name after name of missing Aboriginal woman for the duration of Tagaq's set. As our country fucks up left and right, the Polaris gala actually served as a reminder that Canada could lead not only in the arts, but in the arena of trying to be good human beings. 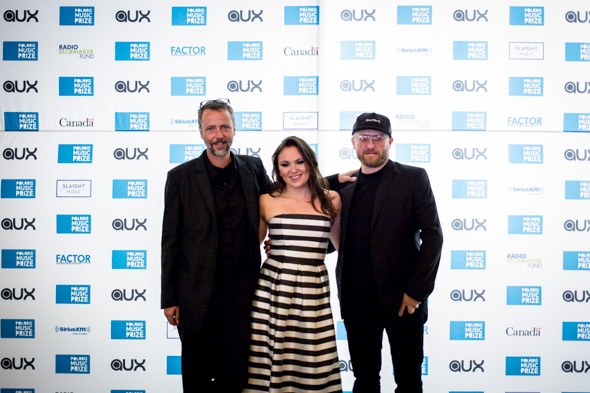 "What amazed me about Tanya Tagaq's win was that this album wasn't an outsider pick. Plenty of mainstream media knew about her and had already been won over by the sheer force of her musical will. They supported the record for what it was: an adventurous, unabashedly innovative tour de force that represents the vanguard of Canadian artistry.

But at the same time, by the act of rolling out names of missing and murdered Aboriginal women, her performance resisted being an uncritical validation of Canadian social and cultural norms. I hope the world sees that this country's culture industry can support artists who simultaneously exemplify traditional and forward-thinking ideas in their music; artists who make Canada proud while also expressing uncomfortable truths about the system we live in." 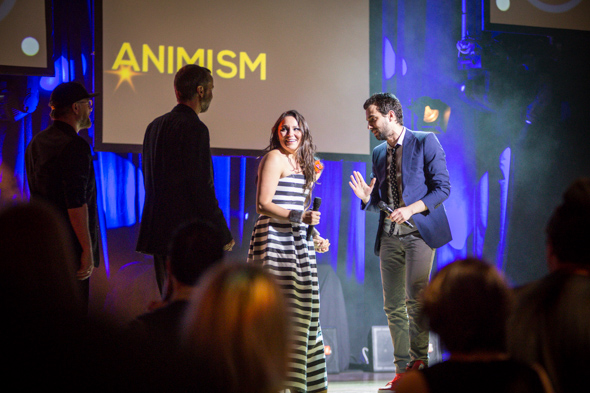 In a hopeful mood brought on by the end of last night's ceremony, I'd posit that as young music journalists and musicians take over from the old guard (after all, who can afford the old guard?), the shift away from the blandness of the CanCon which Indie88 resolutely holds in its strong baby-grip is becoming more than an underground movement. Rejection of these plaid-adorned norms was a common theme at the prize, with many presenters emphasizing experimentation, diversity, and activism as important themes in the albums they introduced.

Who better to embody this rising shift in Canada's cultural (dare I say indie) landscape than uncompromising and mind-blowing musician and activist Tanya Tagaq. I'll sign off with some words from Marie LeBlanc Flanagan of Weird Canada.

"In a culture swallowing itself in safe, marketable music, and a nation claiming to be a leader while systematically ignoring murdered and missing aboriginal women, a win for Tagaq's incomparable Animism is a heavy step forward, and a win for us all. Grunt on." 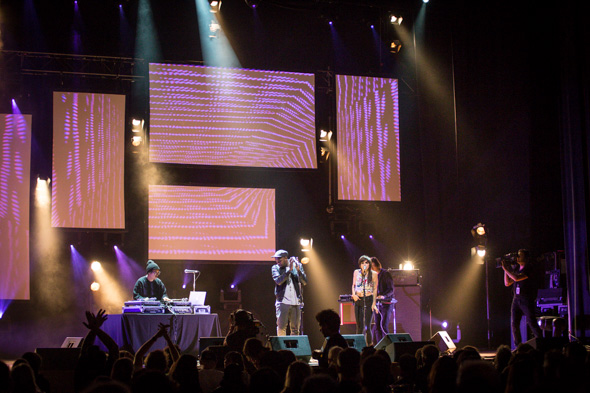 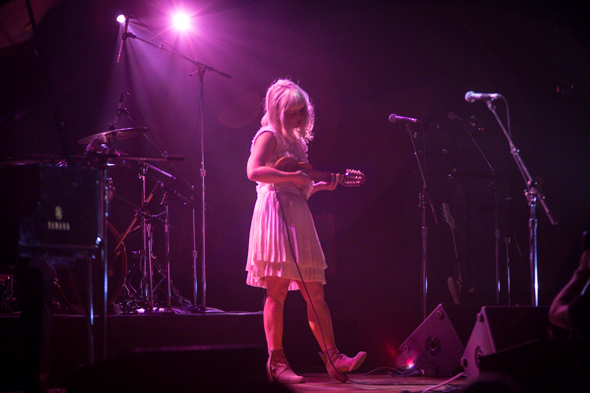 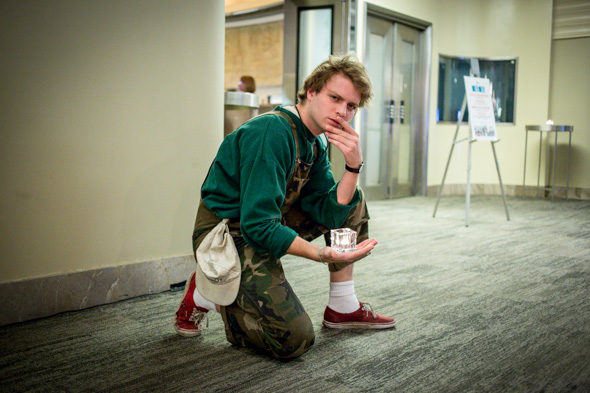 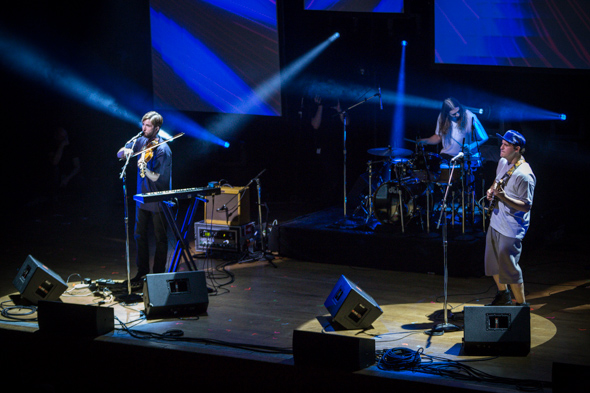 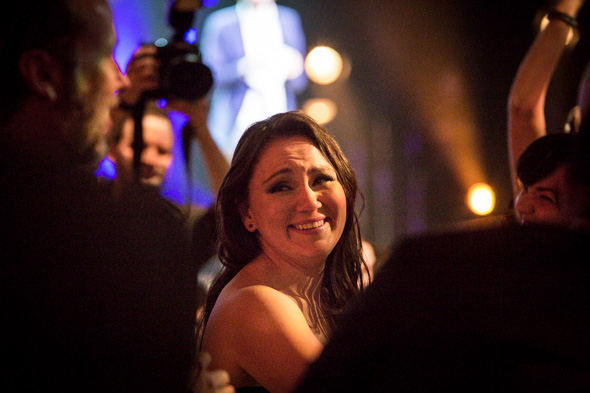 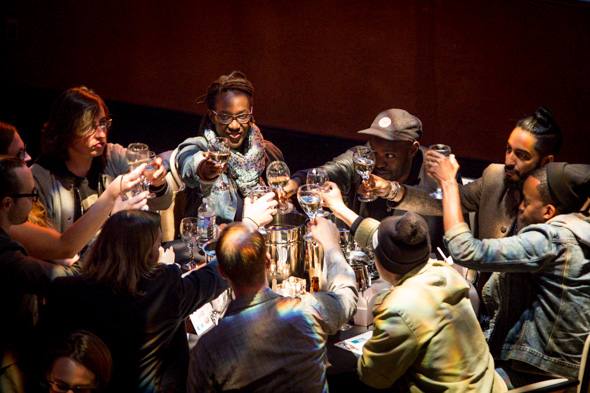 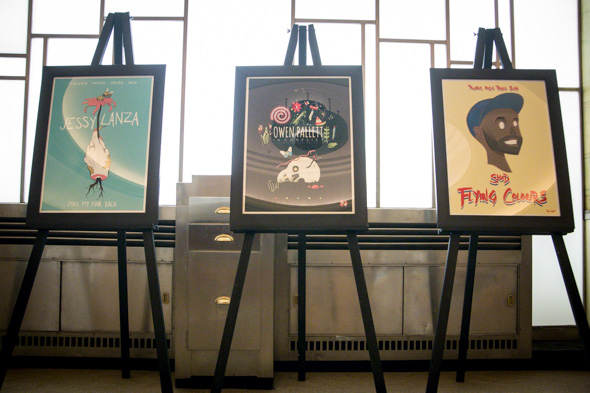 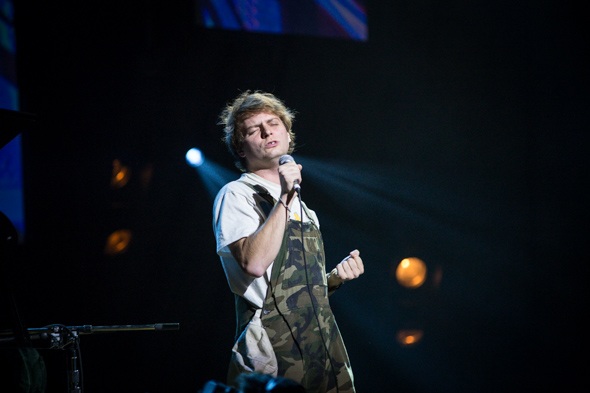 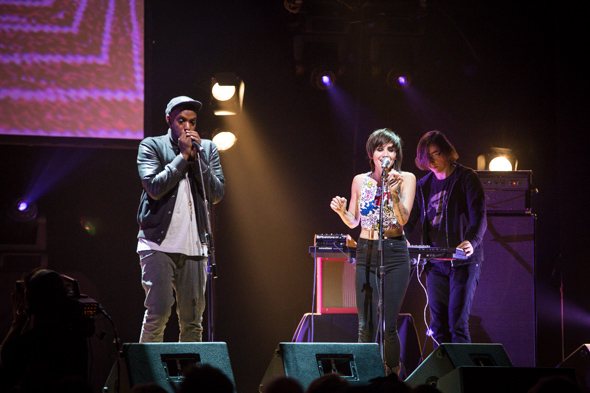 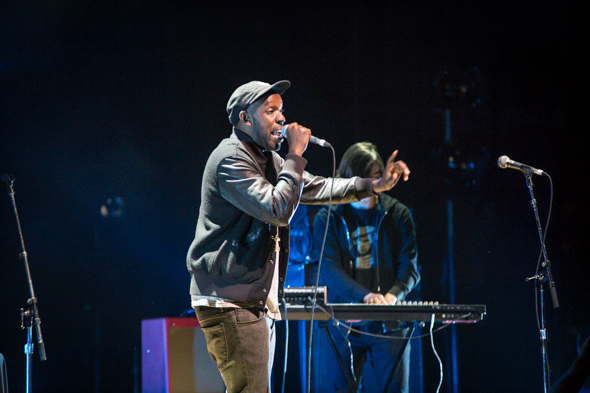 Aubrey Jax is using the #posi hashtag sparingly on Twitter.