Jack White at ease with his rockstar status at the ACC

That Jack White is a bona fide rock star. Among other things: producer, album label mogul, entrepreneur, occasional actor, unsmiling baseball game attender - but make no mistake, none of those aspects of Jack White precede his status as a full-on rock star. 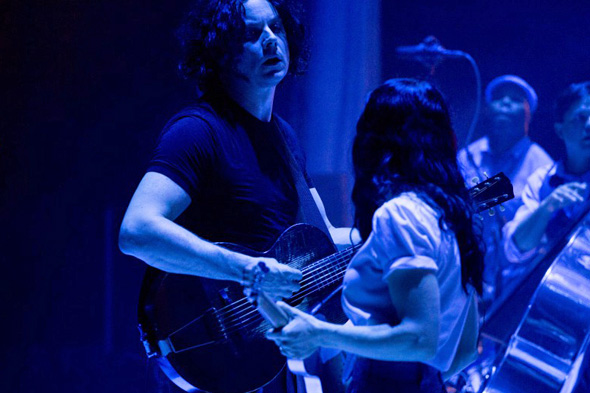 I'll admit it: Jack White as a solo artist doesn't hold the same magic or allure that the White Stripes once had, when they were still a fledgling band. For me, the magic was in the simplicity of Meg White bashing away on the drums with childlike abandon, paired with Jack's impressive guitar work and blistering vocals. The dueling intensity between Meg and Jack was key, along with their overall ramshackle vibe. 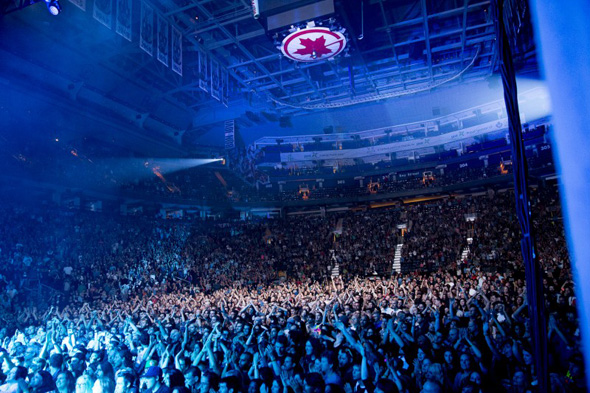 Cut to last night at the Air Canada Centre, where Jack White was backed by a tight, incredibly talented band - it was without a doubt, a slick, unabashed rock show. I've gone from seeing the White Stripes at the Kool Haus (which isn't even that small a venue) to Molson Amphitheatre, and White never looks out of place on a big stage.

He commands the stage like a natural frontman. The crowd was endlessly roaring, cheering and applauding so enthusiastically that I think if White came out on stage and just noodled around on his guitar for an hour, they would still eat it up with the same fervor. 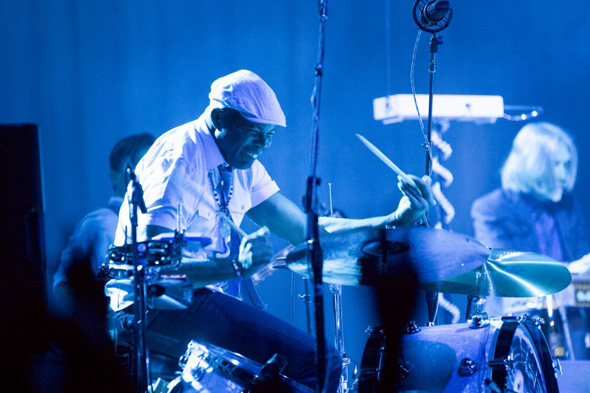 As a self-confessed White Stripes fangirl, I've spent an embarrassing amount of money collecting their massive back catalogue of 7-inch records, various paraphernalia (um, I have a Jack White USB key) and yes, I've visited the Third Man Records shop in Nashville, Tennessee.

I don't claim to be the biggest fan by any means, but the White Stripes were definitely one of my big favourites for a period of time. Part of me continues to follow Jack White's career out of loyalty to the White Stripes. But the Raconteurs, Dead Weather, and White's solo stuff just don't really do it for me. 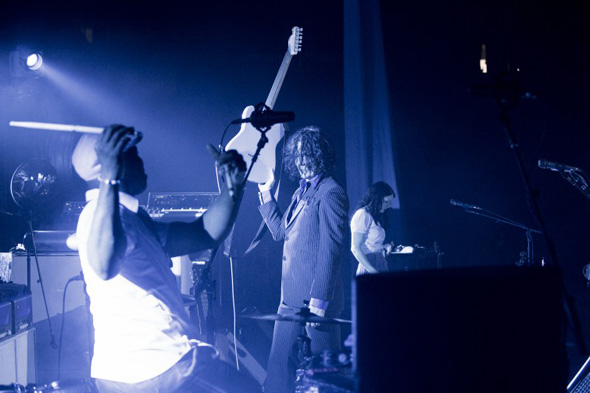 So, it'll come as no surprise when I say that the highlights of the night for me were the White Stripes songs - the last time Jack White played Toronto, in 2012 at the Sony Centre, I remember feeling like the full-band rendition of White Stripes songs were too slick-sounding and in turn, missing that essential simplicity of just guitar and drums. 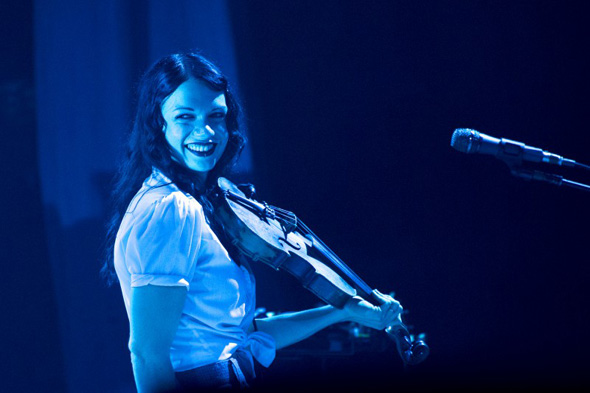 This time around, I was more prepared and accepting that Jack White-as-a-solo-artist's versions of White Stripes songs aren't going to sound like the White Stripes playing White Stripes songs. He and his band transformed classics "Dead Leaves and the Dirty Ground," "Hello Operator," and "Seven Nation Army" into rousing arena rock anthems, complete with audience singalongs, guitar solos, fake endings and fist pumping. Oh yeah, so much fist pumping.

White brought some lovely country and bluegrass twang to "We're Going To Be Friends" and "Hotel Yorba" (and he even mentioned Stompin' Tom Connors, bless him), which were probably my favourites from the set list. There were moments where White would share a mic with violinist/vocalist Lillie Mae Rische that were reminiscent of the onstage intensity with Meg White back in the White Stripes days. 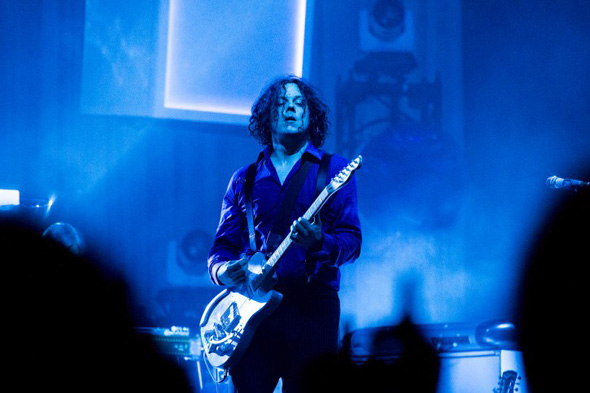 I won't deny that Jack White puts on a fantastic rock show and is exceedingly good at what he does. He may even be a legend in the making, if he continues to excite fans and evolve as a musician and music industry figure in the years to come. Me, I'm fine a bit stuck in the past - I'm probably always going to be that girl in the audience who says, "I'm really just here for the White Stripes songs."

Icky Thump
Ball and Biscuit
Alone in My Home
We're Going to Be Friends
Love Interruption
Steady, As She Goes
Hello Operator
Would You Fight for My Love?
That Black Bat Licorice
Seven Nation Army