Japanese bands rock Rivoli for Next Music from Tokyo

Some of Japan's best bands were highlighted in the first night of the sixth Next Music from Tokyo at the Rivoli on Friday. Toronto-based MC Steven Tanaka runs this unusual mini-fest: out of his own pocket, Tanaka frequently makes the trip to Japan searching out the best and brightest bands, then brings them to Canada for an affordable show. (Two shows, actually: the bands played at Lee's the following night). This year we were treated to five bands, one of which was a great favourite from last year's show. 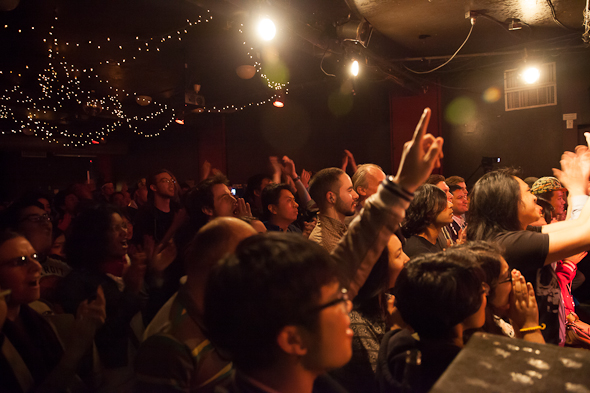 First band Nayuta was a jammy blues-based band with frequent improvisation - they had an appealingly messy style, with songs that often sound like they were about to fall apart before they're pulled them back together. Some of their heavier bits reminded me of noise-rock bands like Swans. Nayuta used male/female harmonies very effectively with elements of various genres of music that even include a bit of metal and samba. 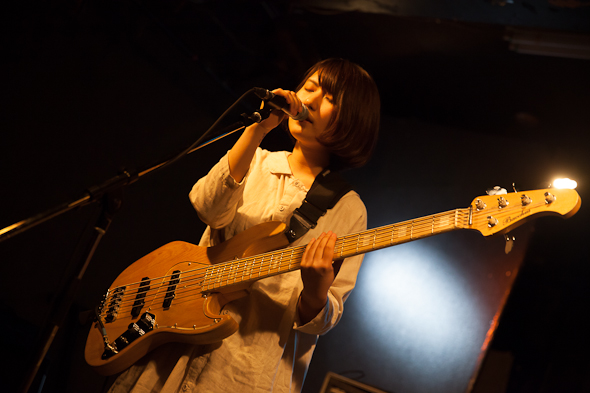 Unfortunately, the next band, Uchu Conbini, had an interesting style that didn't fully come together. They attempted a precise, intricate variety of emo with mixed results. The vocals were soft and dreamy, but the singer struggled when trying to sing higher notes. Added to that were serious sound issues, with frequent feedback distracting from their style. The guitarist was the most impressive element, as he shredded his way through double-tapped solos. Nonetheless this was the first act of the night to lead to crowd surfing, which became a frequent occurrence throughout the night. 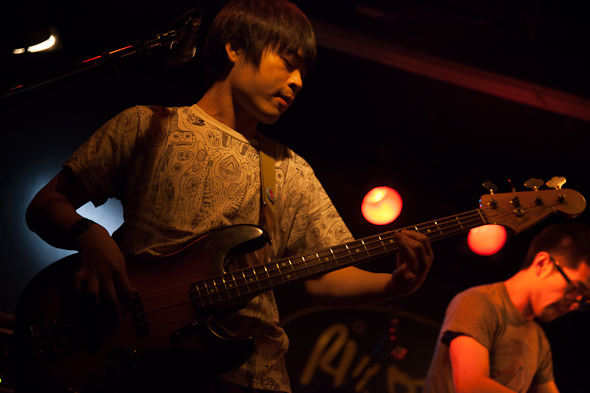 Highlight of the night was Happy!Mari. They played a dancey, keyboard-driven variety of punk reminiscent of early-Blondie. The keyboardist acted as hype man, stage-diving and leading the crowd while the singer provided staccato, high pitched rhythmic vocals. The band was especially tight and had a rousing anthemic vibe. 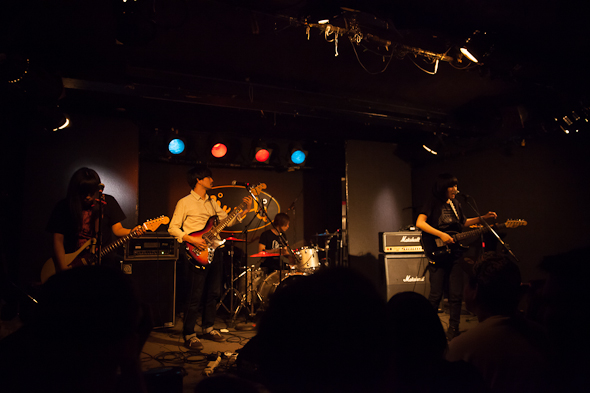 Kinoko Teikoku, the returning band from last year and this year's headliner, played a heavier, darker set that emphasized their shoegazer roots. Lead singer Chiaki Sato is also an actress of some renown in Japan. She's got a powerful voice that reminds me of Elizabeth Fraser of Cocteau Twins. They were characterized by well-written songs and ethereal guitar sounds. For example, "Paranoid Parade" was a particularly great song.

Despite a polished sound, towards the end the songs blended together and I wished they'd try to diversify a bit. Still, they were called back for an encore, which rarely happens at these events. 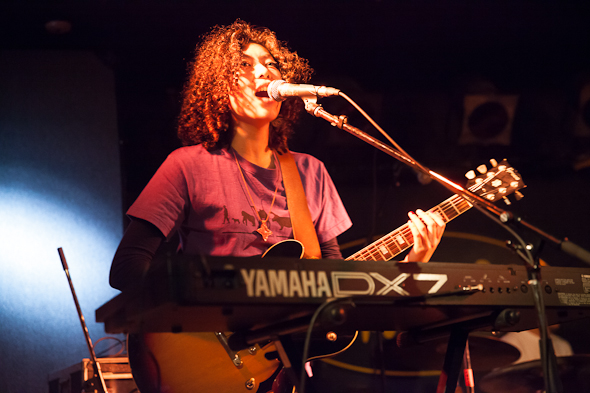 In what looks like is becoming a tradition after last year, the show ended with an instrumental jazz group. This year the band was Jizue, a band known for a love of both jazz and soccer. Instrumental jazz can at times be a bit of a drag for us non-professional musicians, but Jizue were consistently fun and compelling. Many people left after Kinoko Teikoku, but those who remained were clearly enjoying Jizue's hybrid style. The band explores many genres outside of jazz, with several songs that were remarkably similar to a renowned Chilean prog folk group called Los Jaivas. 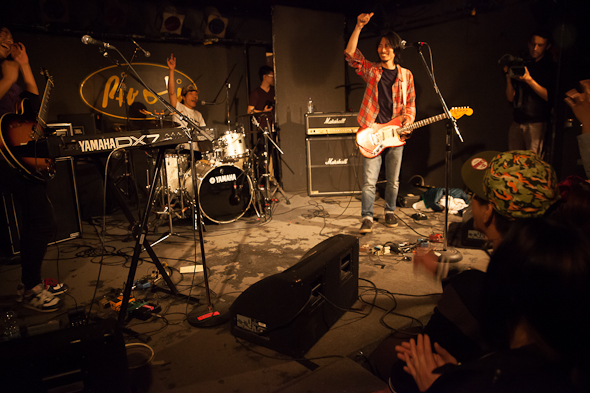 Kinoko Teikoku and Jizue both came back for encores, and left the remaining crowd thrilled by the varied and unique bands showcased.