It might seem like an odd choice to profile Jason Doell as a "breakout band" - he's more aptly categorized as a composer of contemporary chamber music. Yet a conversation with the Toronto artist reveals some surprising symmetries between the chamber music and indie rock communities. Music is music, and Jason Doell is an exceptional musician.

Jason Doell is a jack of all trades: a composer, multi-instrumentalist, sound artist, and educator. As a composer working to establish himself within the contemporary chamber music community, Doell was honoured with the coveted Emerging Composer Award. Having studied music composition for seven years, leading to a masters in the field, Doell is definitely not what you would picture your stereotypical educated musician to be.

He grew up in suburban Toronto on a steady diet of indie rock and punk rock - including a stint as a (founding) member of The Vulcan Dub Squad. He began playing guitar in his teen years, forming bands as many bored teenagers do. He found he wasn't interested in learning other people's songs, discovering a love for composition with the help of a 4-track recorder.

Doell hasn't turned his back on the foundation that originally supported his love for music. The tenets of punk rock and its pervasive "kicking against the pricks" attitude, is still apparent in his work - while maybe not obvious to the layman, Doell is bucking against trends within the genre he's now adopted. 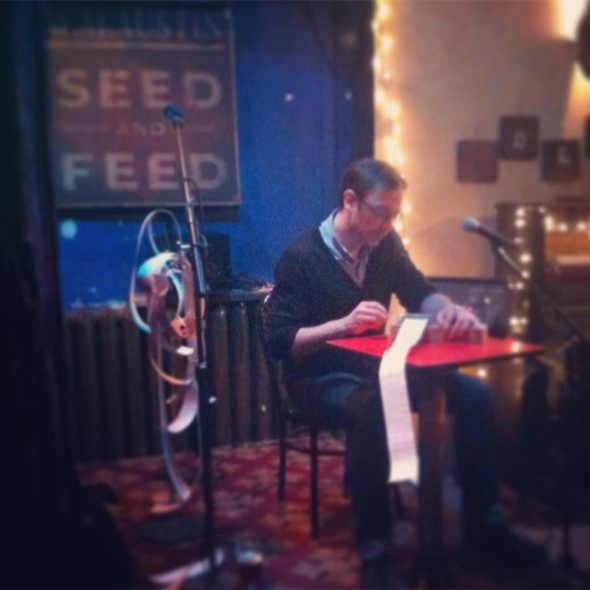 Jason Doell creates incredibly emotive yet serene pieces. He uses dissonance not to alienate his audiences but rather to invite them in. "My treatment of dissonance is different. I make it sparkle rather than make it upsetting or unnerving. Traditional harmony is something I stand by. I think you can use it in beautiful and interesting ways. A lot of contemporary music forgoes that," he says.

Doell understands that classical music in general has this stigma of being solely for the initiated. Steeped in a history of patronage, there's this built in sense of entitlement that he's trying to avoid.

"With my work I really want to be transparent and inclusive. Those are very big tenets of what I do. I don't seek to alienate people because they don't have the education that I have or the experience that I have," he explains. "I'm interested in my performances being an experience for the audience. When you go there and you sit down, the waves that crash over you, I've thought about what my audience will come away with and how it will affect them. Not 'Look at me, I'm a composer. If you don't understand that's too bad. It's a grand vision.' There's a lot of talking down, grand vision talk from composers."

Some might classify what he does as experimental, but Doell doesn't see it that way. Together with his contemporaries like Christopher Willes and Nick Storring, he says he "operates outside of tradition... with one foot in tradition."

HEAR HIM / SEE HIM

Audiences have two opportunities to experience Jason Doell's compositions this month. On May 15th The Music Gallery (197 John St.) will play host to his collaboration with Germaine Liu (percussionist, currently working with Picastro), a piece that "teases the ringing, screeching, rattling and creaking out of usual and unusual sound sources as they maneuver through a set of movement scenarios in order to create a path or paths of sonic events."

On May 31st he will be taking part in Arraymusic's Young Composers workshop. The performance will take place Array Space (155 Walnut St.).