When Kraftwerk opened their set Saturday at the Sony Centre, the feeling in the room was positively electric. The bleeps and bloops that make up Kraftwerk's "We are the Robots" blasted out of the speakers as the show began and my robot heart began to race. I finally got why teenage girls scream and cry when they see their favourite boy bands, as emotion took over while Kraftwerk invoked the gods of electro music.

Later in the evening I heard this same sentiment echoed throughout different people's narratives of the the show: intense joy from experiencing such perfection that the audience was overwhelmed with emotion.

Saturday night was a roller coaster for me. There were periods of musical bliss as I saw one of my favourite bands of all time perform songs that inspired generations of electronic music, followed by moments where I was actually quite bored (it feels almost sacrilegious to say it) -- a good example of this was during "Tour De France," when the band veered off into a "techno" style break down reminiscent of their 1991 album, The Mix.

Who am I to criticize these electro gods? I feel horrible saying this, but I just didn't like those parts. The 4/4 dance beats were pointless in a seated auditorium and during this section I wished they had stuck closer to the electro pop rhythms they became famous for. That's my only criticism, and overall it was amazing: 9.5 Tschernobyl melt-downs out of 10. 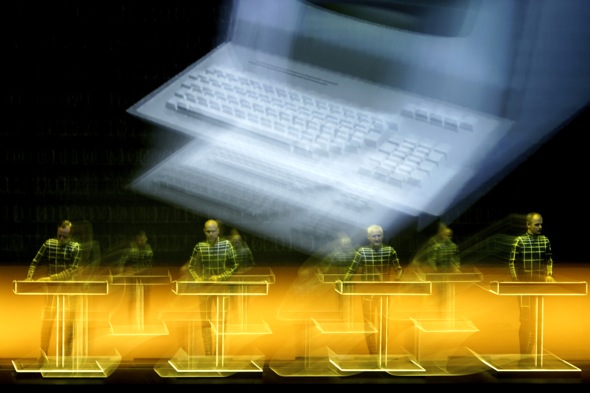 I heard some criticism about the 3D visuals being kind of basic, but I found them vibrant and immersive; the simple aesthetic was a nod to the era of computing that existed when many of their iconic albums were written. A simple ploy, while somewhat tactless, was when the song "Space Lab" ended with a simply rendered CGI version of the CN tower, which was met with screams and applause from the audience. 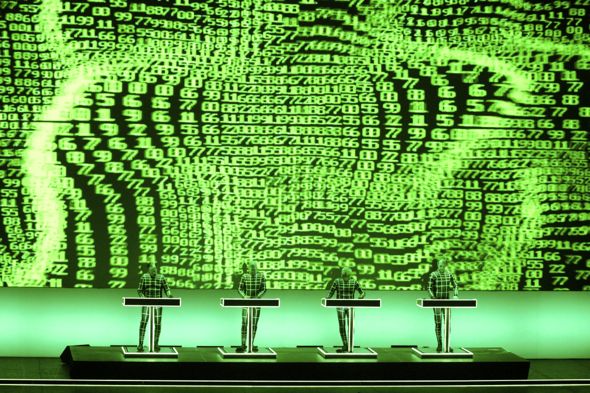 I was lucky to be in the balcony, which was the best spot, with a bird's eye view of the synths and controllers that the band was using, not visible to the people sitting on the main floor. It was great to see them punching out the bass lines and vocoder parts. In 2004, they'd seemed to be using mostly laptops and various controllers, so it was impossible to grasp what they were doing and how they were manipulating the sounds live. Not the case this year, at least for the people in the balcony seats. 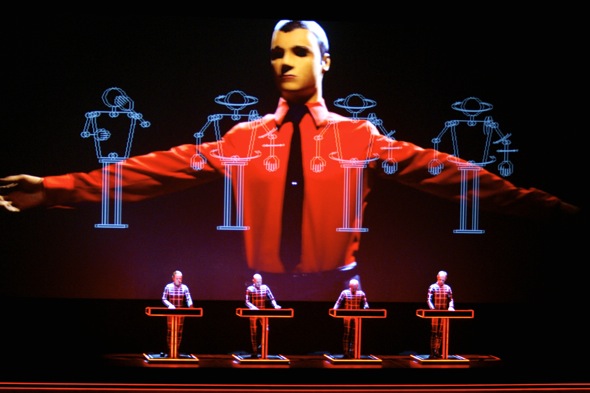 Above criticism aside, this was one of the best shows I've ever seen. The crowd at Sony Centre was a who's who of Toronto's electronic music scene and felt a bit like a family reunion as every few steps brought me face to face with people I hadn't seen in years. 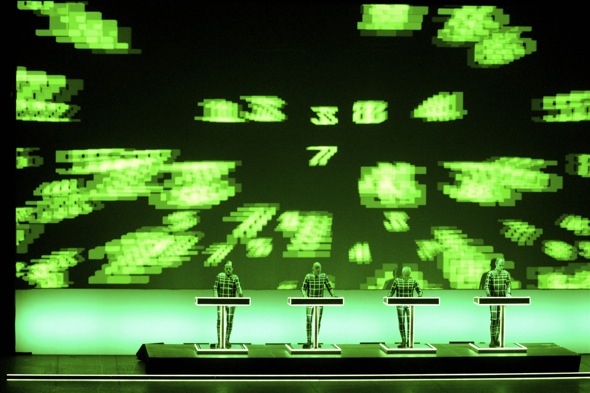 At the end of the night one overzealous fan rushed the stage and tried to grab Ralf H端tter's microphone headset, much to his horror. While many people seemed highly offended by this brazen act, personally I thought it was funny.