Wavelength began as a weekly event at Sneaky Dees (later at The Garrison), and now its spirit lives on as a monthly series and in the annual Wavelength Festival, on now until Sunday. Night one of 2014 took place at The Silver Dollar Room, as good a place as any to kick off the indie rock and experimental music festival that describes its self as a "four-night live curated mixtape of the best independent music coming out of Canada." Tonight's show was hosted by the Silent Shout blog and concert series. 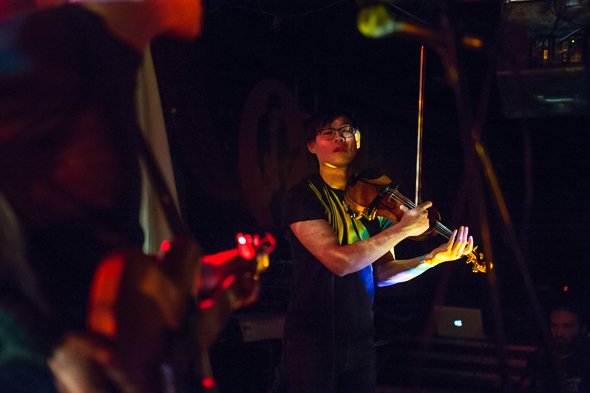 Arriving mid-show, I stumbled into space filled with music fans, some in typical plaid shirts or whatever it is you wear to an indie rock show, while others sported intentionally butchered hair cuts. Regardless of personal dress, all stood rapt in awe of Alden Penner (formerly of the Unicorns who are rumoured to reunite this year) and his violin and drummer combo. Mellow folky tunes were rudely interrupted by staccato violin stabs, but welcome by the listeners. 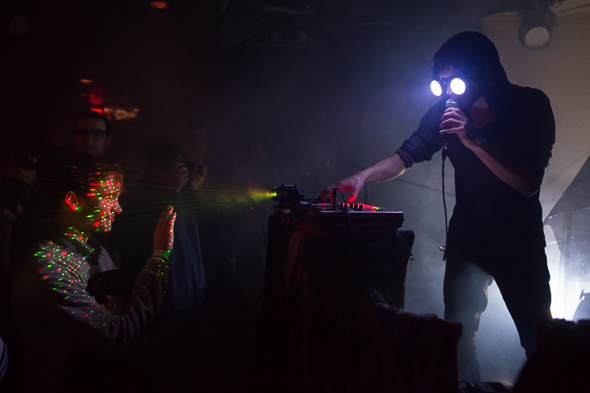 Next, in a gust of swamp smoke Zoo Owl emerged. He could have passed for a space moth with his massive glowing LED goggles. This is the latest experimental project from Bryan Sutherland (Opopo, Saturns), inspired by days spent in communion with the forest by his old cottage.

The show was prop heavy, starting with cosmic libations in pint glass form, followed by incense, lights, loops, lasers, glowing lights that shot from his mouth and heavy Kaoss Pad distortion. The style of music is hard to pin down but there were elements of industrial, metal, hand-clapping beats, and more fluid electronic sounds. 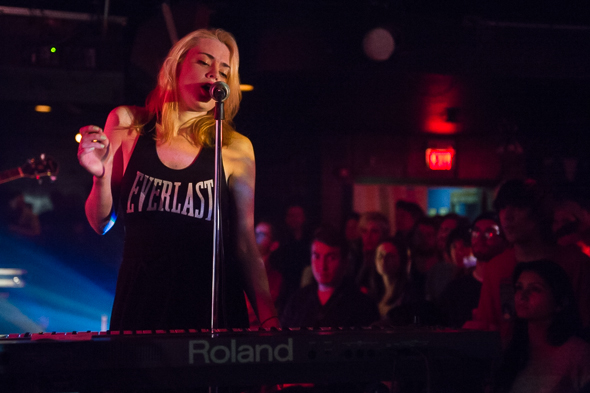 TOPS played next, decked out in Nirvana grunge era outfits. Bassist Madeleine Glowiki in a red plaid baby-doll top, guitarist David Carriere in oversized grungy old tee, and lead vocalist Jane Penny faithfully recreating the cheerleaders outfit from "Smells Like Teen Spirit" complete with bleach blonde hair, replica EVERLAST sleeveless top, and frilly black mini-skirt. This was amusing for multiple reasons -- a) because their music is known for its happy-go-lucky, surfy, yacht rock meets prog rock lull, and b) none of the members seemed a day over 25. 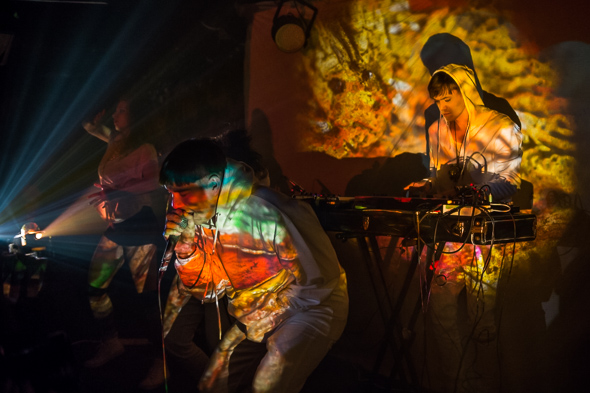 Closing down the night were Phedre, a successful offshoot of April Aliermo (of Hooded Fang) and Daniel Lee, sporting an admittedly butchered bowl cut do. They are both Toronto ex-pats who've taken up the vagabond musicians lifestyle living in musically conducive places like Berlin and Montreal. 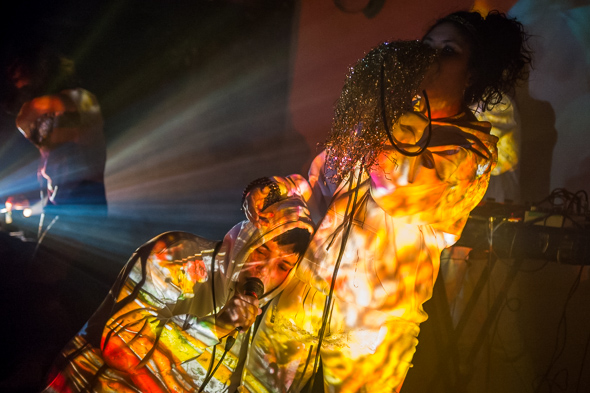 Famed here at home for their elaborate costumes and caravan of dancers, the duo performed in white jumpsuits and weird gold tinsel pompoms swiped from Chinatown shops down the street. Supporting the duo in their bizarre exploration of electro-"talk rap" meets soulful crooning was their sometimes resident DJ, Beta Frontiers, and the Nancy Sinatra-loving go-go dancing machine, Leah Gold. 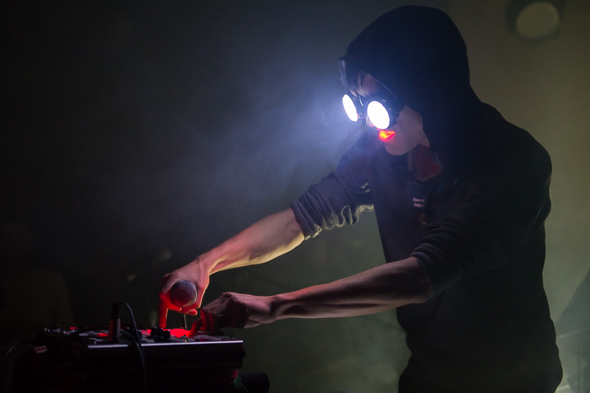 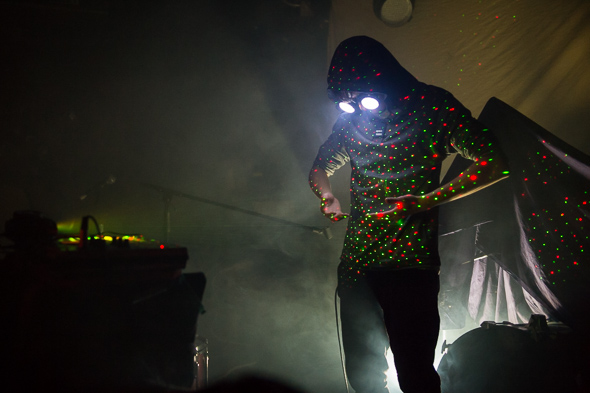 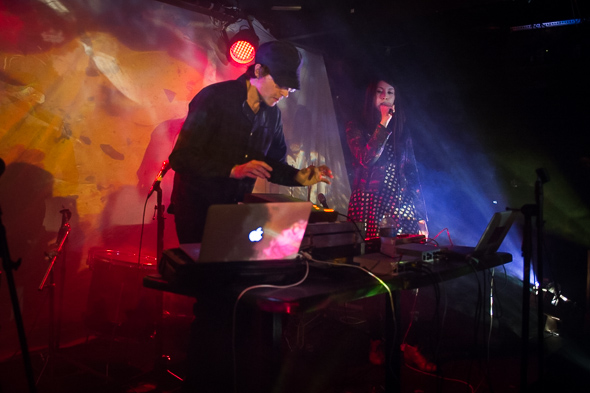