Ugh, Valentine's Day. As if we need more self-loathing, loneliness and inadequacy smack dab in the middle of winter, right? Fortunately, Promise's Heart Party offered a rare gift for dance music fans: a Valentine's Day that's memorable for something else than groan-worthy Hallmark sentimentalism.

Walking up to the century old, graffiti-caked 158 Sterling warehouse, tucked away amongst factories and foreclosed auto shops in the West End, I couldn't help but think of the frigid, industrial vibe of Berlin. But stepping inside, you'd almost forget that you're in a warehouse. Full of heating lamps and red-tinged lights, the massive space was a welcoming respite from February's bleakness. Oven-fresh samosas, miso soup and pineapple sticks were served from a booth in the back, and a smoothie bar offered spinach & cantaloupe shakes topped with ground flax. 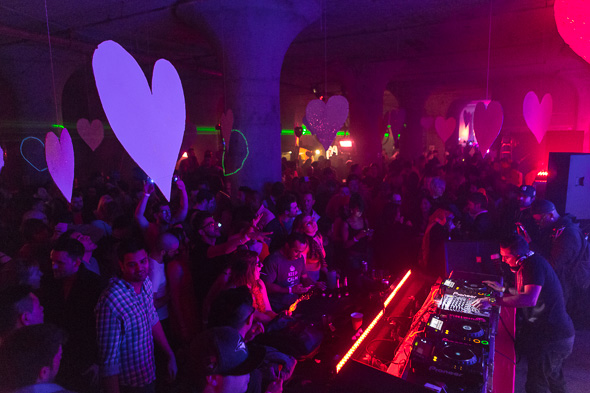 Both classically trained musicians, there was a looseness and improvised feeling to their productions that lent itself well to the beginning of the night. Wide-eyed first time ravers started to mingle with leopard-print clad dance veterans, and an attractive stranger gave me a hand sewn heart pin to stick to my decidedly un-Valentines-ish black t-shirt. 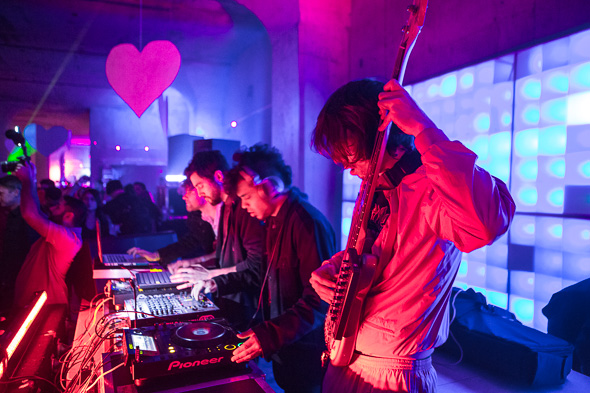 Four members of Toronto's HugsnotDrugs collective took over around midnight and ratcheted up the energy to accommodate the quickly filling warehouse. Their set was a sugar-rush of reconstituted classics: Little pieces of Green Velvet's "Shake & Pop" and Salt N' Pepa's "Push It" were backed by jacking house rhythms, and one member who looks eerily like the lead singer of Liars busted out a bass guitar mid-set, bringing a scraggly, on-the-fly energy to their tracks.

Their only questionable decision was to drop an electro remix of Weezer's "Buddy Holly", but the crowd seemed to love it so maybe I'm a purist or grumpy old idiot - or both. 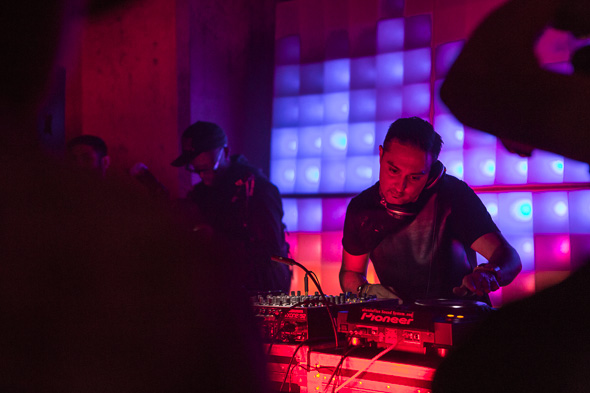 Yet it wasn't until Tricky Moreira came on that the formidable sound system that Promise had installed got put to real use: The deep, bass-leaning house beats that he brought seemed to mark the peak of the night, echoing off the thick concrete pillars running through the room and jostling around your internal organs with tracks like Dennis Ferrer's "Mind Ur Step". 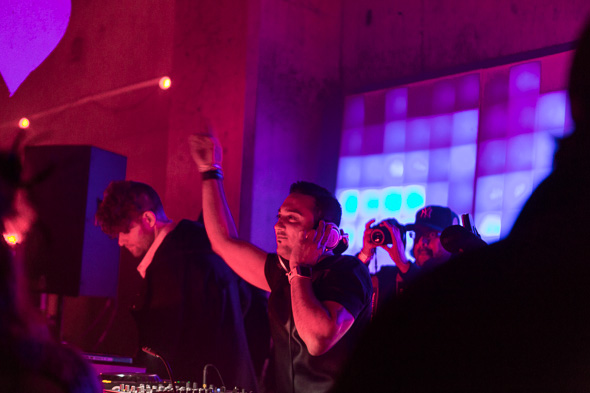 Earlier in the night one of the Promise promoters mentioned to me "you can't throw some lasers and happy hardcore in a room and call it a rave," and the generator-fueled, heavy duty sound system that Promise brought into the space speaks worlds about their passion for creating booming, beautiful sounding D.I.Y atmospheres. 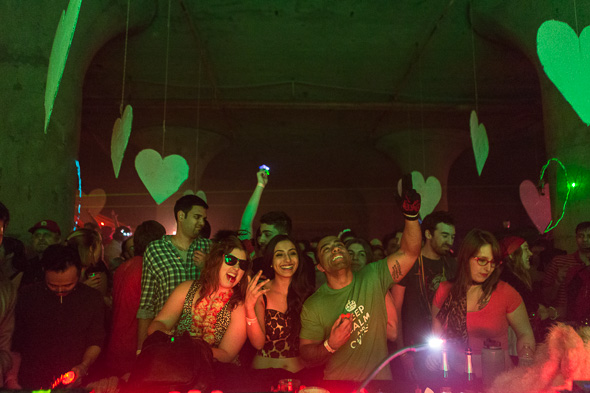 In the middle of winter, it's refreshing to go to a party where you're not spending an hour of the night waiting in various lines - coat-check was running smoothly on Friday and door lines moving quickly past respectful, friendly bouncers. Sure, several people exited the porta-potties with a look of terror on their faces, but there were enough toilets that long wait times weren't a problem.

Ali Black continued in the spirit of Tricky's set, getting deeper with gems like Dense & Pika's "Colt" - the kind of piano-led euphoric house number that transforms the group of strangers surrounding you into a community - and attendees deserve credit for getting creative with a variety of costumes ranging from the Queen of Hearts to undie-clad Cupid. 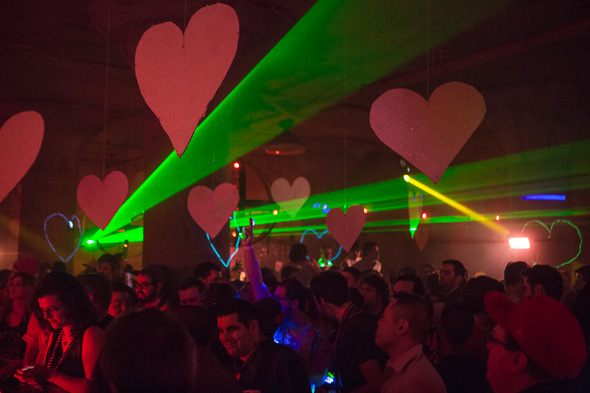 Black's descent into more functional techno-leaning house around the 3am mark set the stage for Montreal's Tone Depth (who also has credits working with Lionel Ritchie and Gloria Gaynor, bafflingly) brought the night to a deeply satisfying conclusion. 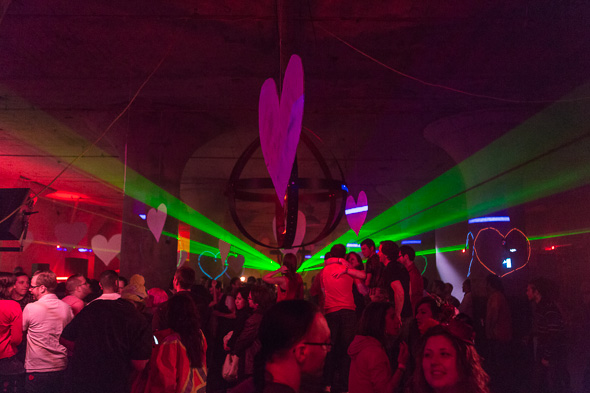 As I walked through the crowd, I couldn't help but catch moments of intimacy all around me - people embracing, dancing together with eyes locked, leaning against the wall mid sentimental make out session, or just holding hands on the dance floor, laughing and talking. It was impossible to tell whether they were lovers, friends, or newly acquainted strangers - and maybe the mark of a really good rave is that all those categories blur together and become kinda indistinguishable.