The Viletones raise punk from the dead at the Phoenix

There's a punk revival happening in Toronto, and the local bands who started it all took to the stage on Friday night for a reunion of old dogs and new tricks at The Phoenix. While they had competition from equally underground and hardcore bands like Ell V Gore at the Long Winter indie music fest that night, oldschool punks The Viletones and The Liquor Pigs still drew a sizable crowd for this "Last Stand of the First Gang" gig signalling frontman Steven "Nazi Dog" Leckie's final hurrah. 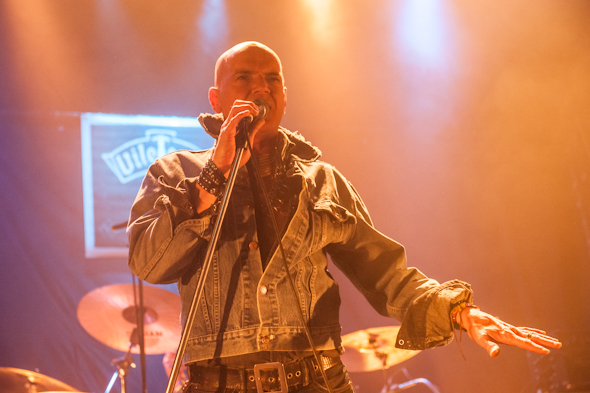 The Viletones have been a longstanding powerhouse of a band in Toronto since the late 70s, and with the discovery and proliferation of old, niche music on YouTube, they've remained a well-known name among young punk fans and old(er) original fans alike. The crowd reflected that split, and for the younger 20 year olds, it probably felt a bit like hanging out with your parents' cooler friends. All fans had thick leather jackets, crazy moshing skills, and great beer-can aim whenever throwing bottles at the stage. 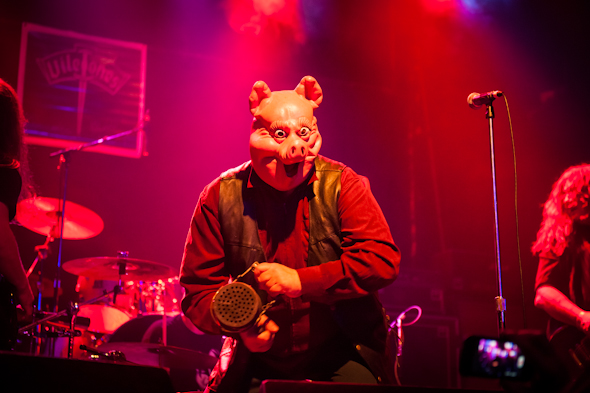 In typical punk style, the show started late, and with only two bands headlining the bill (and a notable lack of other advertised and vaunted bands), the crowd had ample time to stock up on beer cans to throw at them. The Liquor Pigs, led by Max McKabe's villainesque looks and mad showmanship, got the show off on the right foot. The bass lines were pumping, the guitars screaming, and McCabe definitely held up his end of the "liquor pigs" bargain, vaulting through another beer almost every ten minutes. If no one was throwing cans yet, you wouldn't have known by the number of them already on the stage. 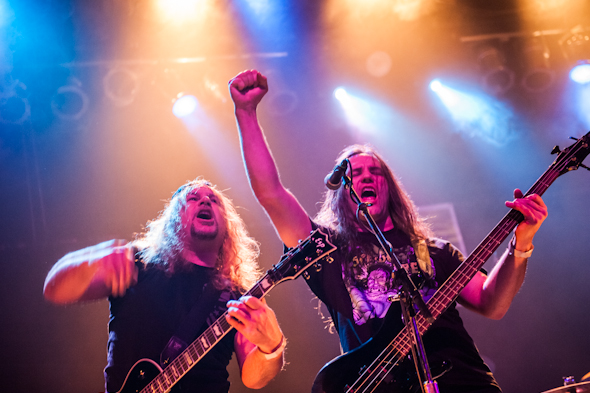 After a series of songs with titles such as "Bitch with a Broom" and "Someone's Going to Fucking Die," The Pigs' wild set ended with McKabe in a pig mask cranking an oldschool air raid siren. 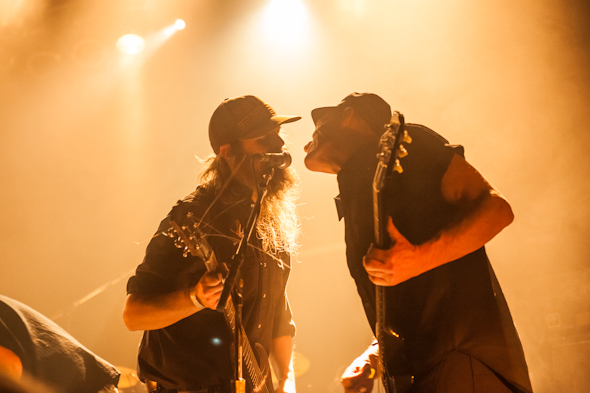 Almost an hour later, the crowd was more than ready to embrace the Viletones' last stand, and guitarist Ian Blurton wanted to know just one thing: "Why has not one beer bottle landed on this fucking stage so far - that's what I'd like to know." The audience obliged, and as one went flying through the air, the beer pouring out of it hit Blurton directly in the face: "You can throw as many beer cans as you want - we are the fucking Viletones." 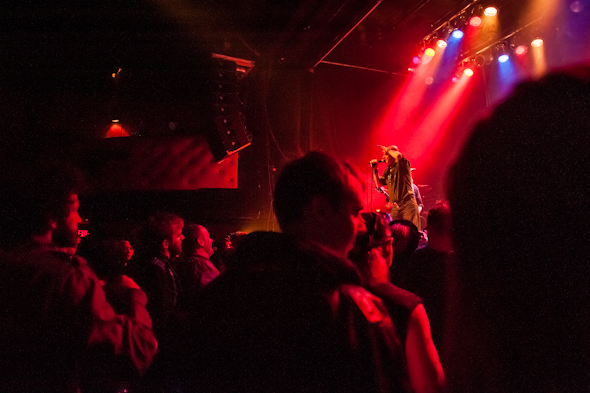 Overall, the sound for the night was great - the masterful guitarists hit all the right notes, and, if you've ever been to the Phoenix, there's nothing like scrappy punk music played with the exactness and vigor of truly disdainful musicians to get the juices flowing. The Viletones punched through the rather short set, highlighting "Possibilities" and barreling through the end with their all-time fan favourite, "Screaming Fist."

Done by half-past midnight, the show pleased most die-hard fans that showed up and made an admirable stand for Leckie's last big concert - though, I have a feeling we haven't seen the last of Toronto's Nazi Dog. 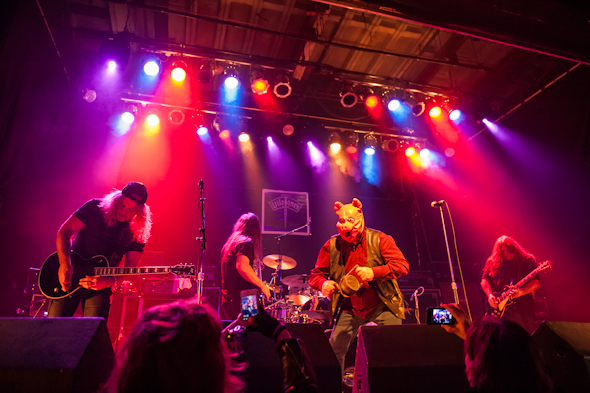 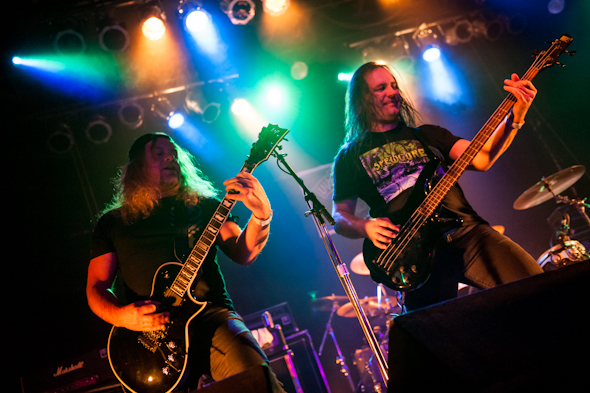 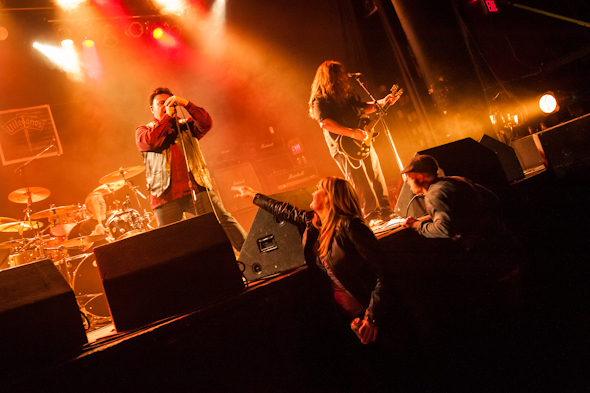 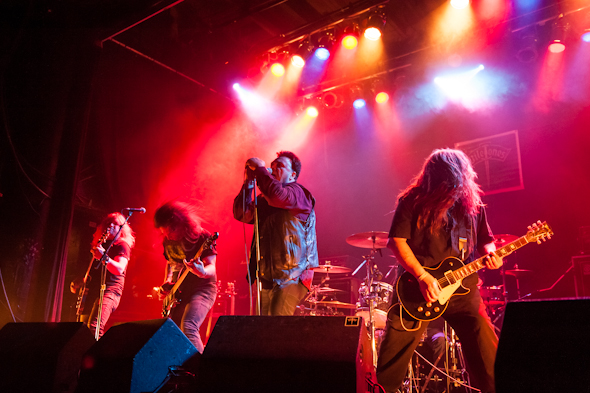 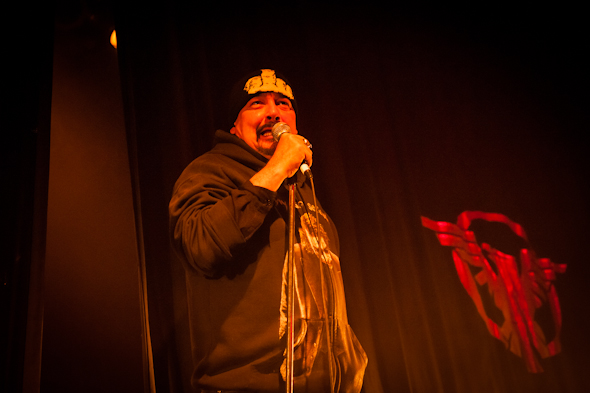 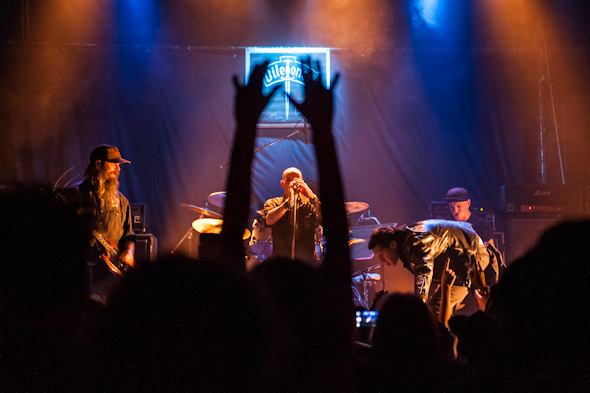 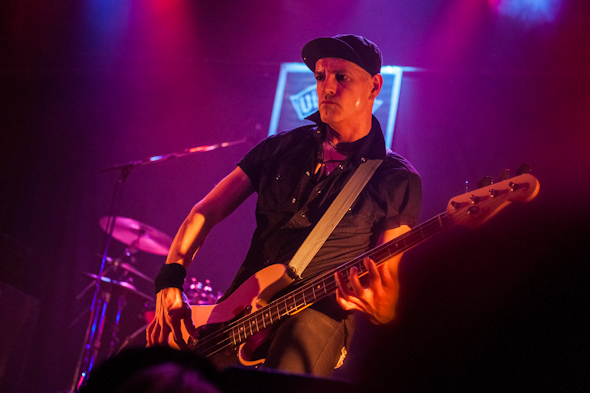 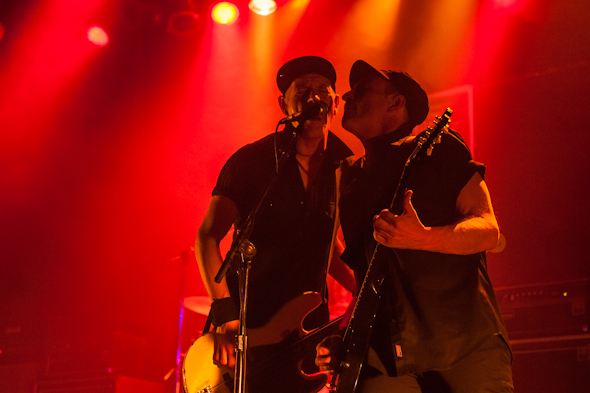 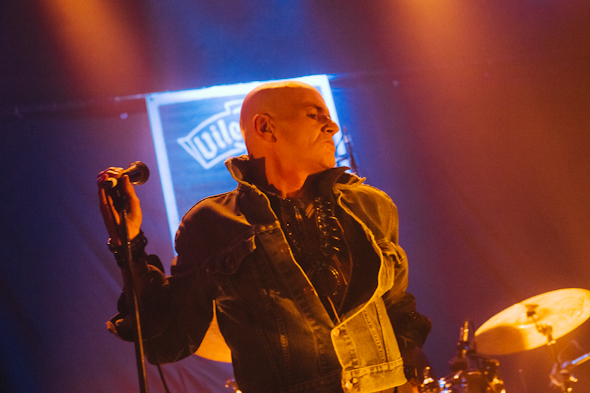