My Bloody Valentine crack the Kool Haus in half

At this point, just about everyone knows what to expect from a My Bloody Valentine show. Much has been made of the assaulting wall of sound produced by the Irish quartet, to the point that in overheard pre-show chatter the jet engine-esque decibel levels almost seem to precede the band's actual songbook. Their near two-hour set at the Kool Haus on Tuesday made a strong case for the former, simply accenting the excellence of the latter, however, with the band running through 17 (nearly 18) tracks of their very best material to reinforce the off-kilter timelessness of Kevin Shields' songwriting. 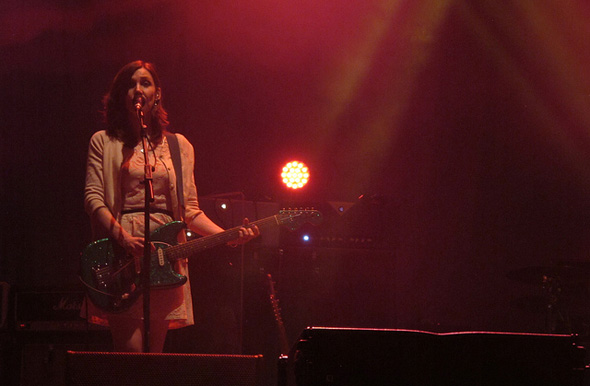 Make no mistake, though — it was still really, really loud in there. "Sometimes" served as an ideal fake-out opener, with drummer Colm Ã“ CÃ­osÃ³ig acquainting himself with an acoustic guitar next to Shields for a solid performance of the most low-key "hit" in their catalog (he'd do this again for the much less delicate "wonder 2" later in the set). Some technical issues presented themselves right off the bat, made evident by Shields shaking his head and frowning towards the rest of the band, seemingly acknowledging that the sound lacked a certain bite. Chalk up the shaky opening to this being the third date of a staggering eight North American shows, perhaps, but they just didn't hit the mark right out of the gate.

Any idea that Shields & co. were actually going to show mercy to the 1500 or so devotees filling the Kool Haus was immediately shot down by the thunderous opening strains of "I Only Said," Shields taking out his frustration by cranking his veritable cavern of Marshall stacks to a pneumatic riveter decibel level. For those who didn't heed the "extreme volume" warnings posted all over the venue (and complementary earplugs, 'natch), I hope you and your hearing had a good run together.

"I Only Said," and the other Loveless favourites that dominated the bulk of the set, benefited immensely from the powerful rhythm section of Ã“ CÃ­osÃ³ig and bassist Debbie Googe. Considering the looped drum samples that provide the backbone for most of Loveless, it's almost revelatory to hear these songs performed with live drums. Ã“ CÃ­osÃ³ig's frantic movements made him look a little like Animal from the Muppets as he and Googe kept Shields and co-vocalist/guitarist Belinda Butcher afloat over their hazy sea of guitars. "new you," one of the highlights from this year's forever delayed m b v and one of the popiest tracks in their catalog, put the focus square on Butcher and her otherworldly vocals. It was hard not to get chills when Shields and Googe joined her for the coda's three-part cascading harmonies. 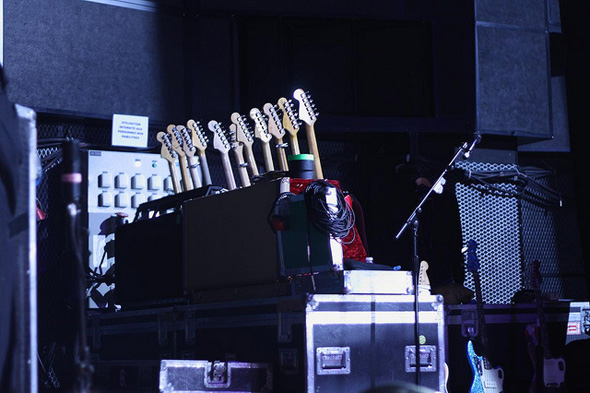 Though the sheer volume may have done a good job of masking technical gaffs in the mix for the crowd, the same was not true for Shields and his monitors, which resulted in him having to restart "who sees you" on account of a tuning issue and abandon jaunty rarity "Thorn" altogether after three unsuccessful cracks at it. Most of the crowd didn't seem to care too much about the flubs or Shields' mercurial disposition, content to bask in the warmth of the music that actually got played. The rest of the set fared considerably better, and found the band at their best as transformative and powerful as rock music could hope to be.

Shields only addressed the crowd once, before perennial show closer "You Made Me Realise," to mutter an apology for the apparently "rubbish sound" (though I'd be skeptical of anyone who claimed to deciphered more than three syllables out of him). Whether the technical issues ruined the show for anyone besides Shields himself is questionable, but as the band approached the extended middle-eighth of the track — the unfortunately nicknamed "Holocaust section" — and its dissonant, ribcage-rattling noise, it was impossible not to be pulled in to the visceral force of the band. 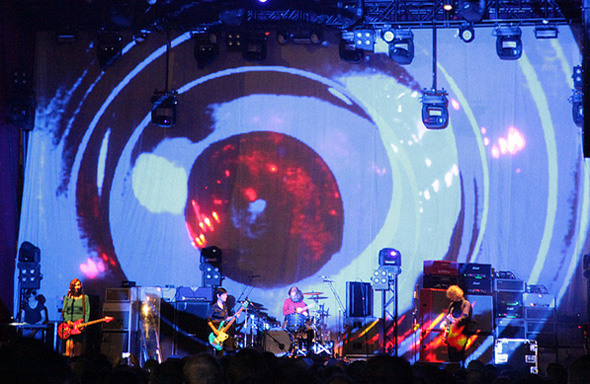 Literally nothing else could have been louder in that moment; our earplugs needed earplugs for those nine and a half minutes (yes, I know it was longer when they were here in 2008, whatever). As the band seamlessly glided out of the improvisation and into the last verse and chorus of the track, everything else seemed absolutely puny in comparison.

And that is the magic of My Bloody Valentine — effortlessly creating a gravitational pull out of great songs even on an off night.