I can remember hearing about last year's Long Winter, and being pretty disappointed at the fact that I didn't make it out. This year, I vowed to not make the same mistake twice.

For those not familiar with Long Winter here's a little background: it's a series of monthly shows that began last year between November to March at The Great Hall. Each show is multi-disciplinary and pay-what-you-want, with live music, art exhibits, seminars/talks, performance art, a makeshift 'arcade,' food and drinks. You name it, Long Winter has it. It was started by Mike and Josh of Toronto punk legends Fucked Up, and after the somewhat surprising success of the 2012-13 editions, it's back for another season.

Before I get to the meat and potatoes of the thing, let me just say this: if you haven't checked out a Long Winter, you really need to do yourself a favour and get out to the next one. There are not many places in the city where you can see every medium of art represented under one roof. And seriously, it's pay-what-you-can. You could theoretically get in for 25 cents; however, the recommended payment is 10 bucks (very reasonable). You even get a free 7" vinyl to boot.

The first Long Winter of the 2013-2014 season was this past Friday. Here's what went down. 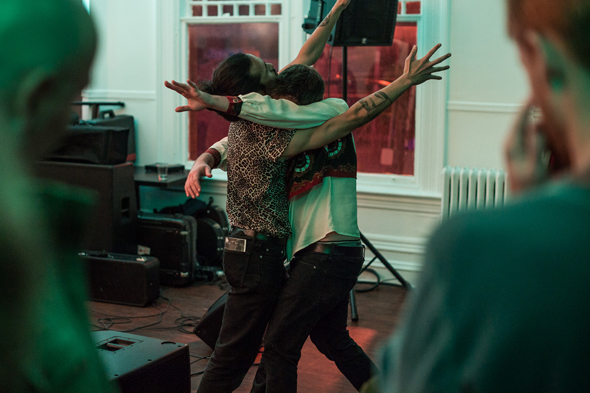 Two grown men fighting over, and making out over, an onion
Out of everything I saw at Long Winter, this was the most bizarre by a country mile. In the "Conversation Room," a fairly large crowd watched as two men wearing huge cardboard masks came into the room and started arguing over a raw onion. Eventually, they removed their masks, picked up the onion, placed it in their mouths, and essentially began kissing with the onion between them. With the scent of freshly chewed onion in the air, the two then resumed fighting over it as it once again fell to the floor. The performance is called "Conflict. Resolution. Conflict," and was performed by Ben Kamino and Max Kelly of the Do What You Can collective.

Wake Island's performance
Long Winter boasted a slew of awesome bands and musicians including King Cobb Steelie, Bidiniband, Esther Grey, and Doom Squad. But for my money, the best performance I saw all night was from Montreal's Wake Island. Absolutely fantastic stage presence and endlessly catchy guitar riffs mixed with manic keyboarding. Guitarist Nadim Maghzal was the definite standout. The guy is borderline insane with how much energy he puts into his guitar playing, and at one point, resorted to playing with his teeth. 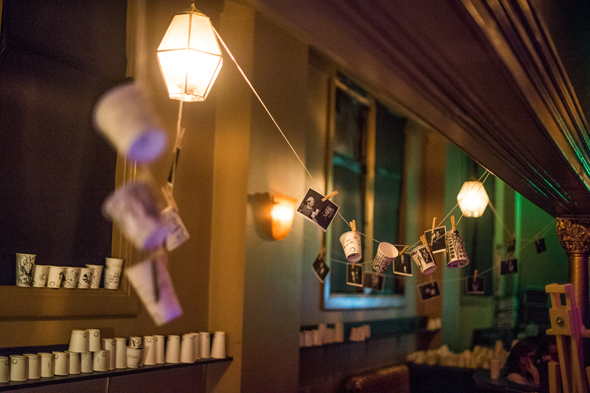 1,078 coffee cups
I can't draw to save my life but I still found the time to take part in one of the larger and far-reaching aspects of Long Winter: Disposable, an interactive art installation conceived by Toronto-based writer and artist Andrea Wrobel and artist Brian Cauley. Basically, participants are asked to take one of the aforementioned 1,078 disposable coffee cups and draw anything they want on it. After they've created their masterpiece, their photo will be taken and posted on the project's website. This was one of the more popular installations of the night. 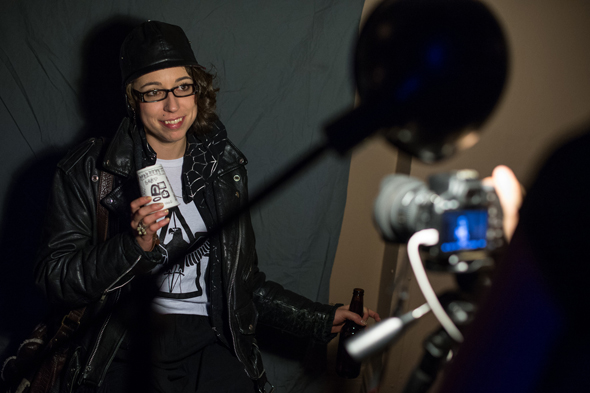 "For Miley and the apocalypse!"
Before his onion episode, Ben Kamino took to the main stage following Wake Island's set, and urged the modest crowd to come closer. When we were in position, he told us that he wanted us to close our eyes and come together as a group. Basically, dance to a pop song and touch each other with our hands, bodies, and any other part of our bodies. In his own words, he wanted us to 'touch the universe,' and 'touch each other without touching.' Or something like that. Quite frankly, it was tough to figure out what exactly was going on, as with my eyes closed, all I could feel was a dozen strangers rubbing against me, and my girlfriend clinging to me out of pure fear.

The vegan menu
I'm not a vegan by any means. That being said, the food at Long Winter was provided by Windowshade Delicatessen. I decided to take the plunge and try the grilled reuben, with peppercorn seitan, sauerkraut, and thousand island dressing on rye. It was pretty damn delicious 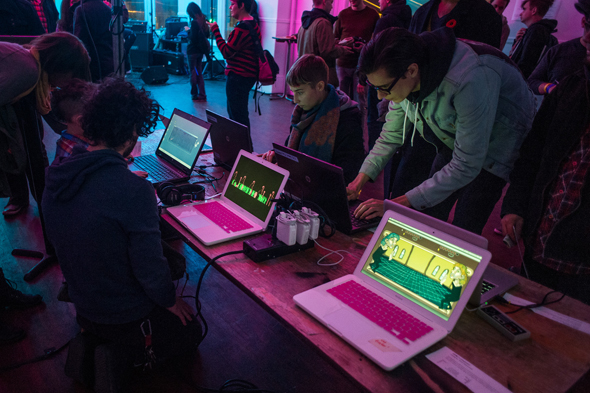 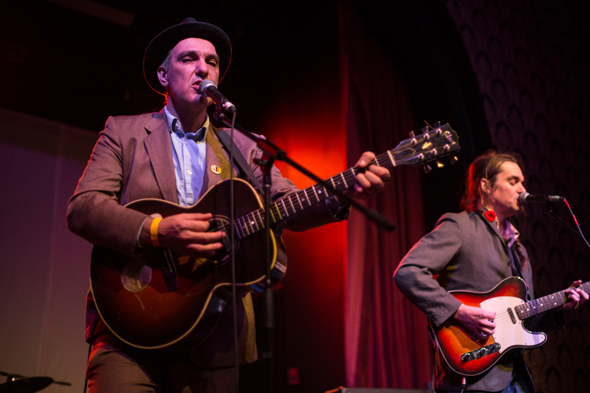 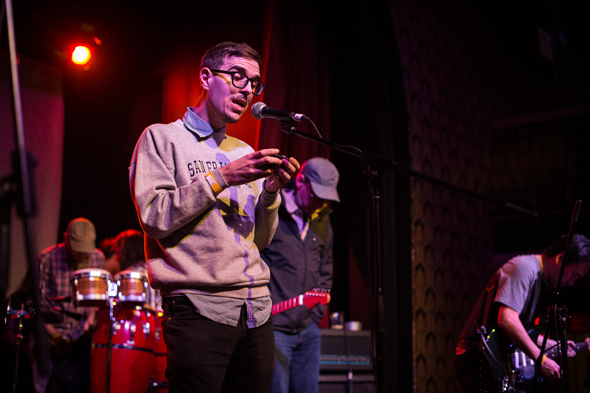 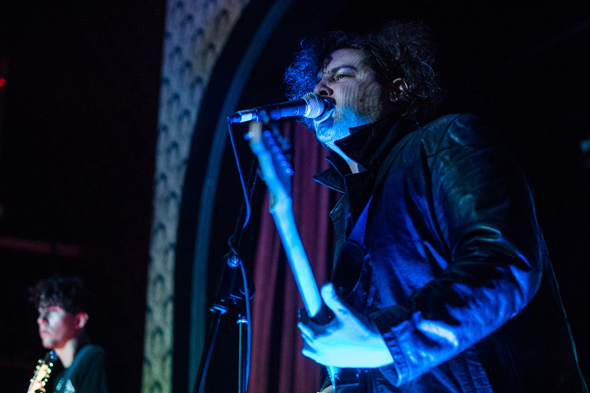 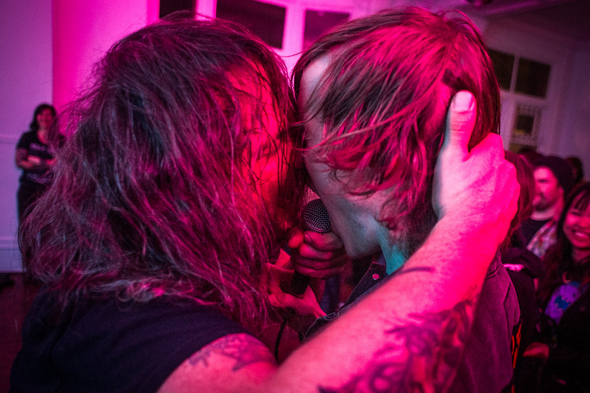 For more info on Long Winter, including upcoming dates and an archive of past events, head on over to the official site.