A packed Massey Hall screamed with ear-bleeding, hymen-busting (not that I'd know) strength in a resounding yes as Abel Tesfaye, aka The Weeknd, interrupted "High For This" to proclaim undying urges for his city. If there's one thing that Tesfaye made clear last night, it's that he loves his hometown and his fans very, very much. 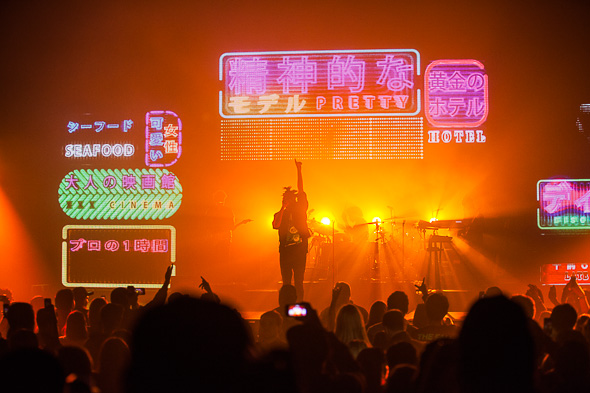 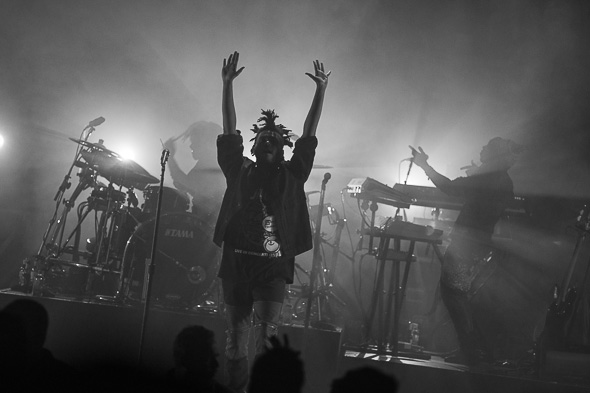 It's possible that the packed concert hall has never encountered such debauchery or 'hood behaviour. Take for example the three self-described "ratchets" from Windsor who invited me to polish off their 26er of Jack Daniels on the corner outside of Fran's Diner. Or The Weeknd's request for lighters in the air, goading his fans on with a "I know you have them, I can smell that shit you're smoking," as the front of house security winced, eyes darting sideways. Lewd tongue lashings over the opiate sound field of "Belong To The World'' also seemed to come from a darker world.

The Weeknd is the selfie-obsessed voice of a 20-something lover's generation, and we can't get enough of his dark fantasy that fist pumps over "we can fuck faces" verses and the 4/4 jackhammers of his first Drake collaboration "Crew Love". It's hard to forgive Tesfaye for slights such as not crediting his first collaborator and producer Zodiac who first launched him into the musical stratosphere. Still, seeing his neurotic passion come to life on stage is particularly endearing, especially the confession, "I'd never been on a plane or left Toronto for 21 years until my first tour. Kissland was the name of my journal" which he uttered more than once. 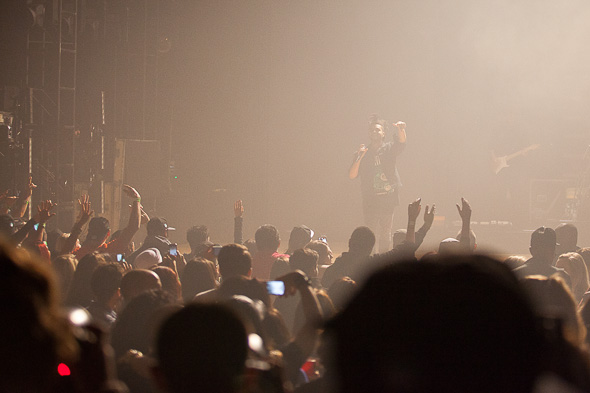 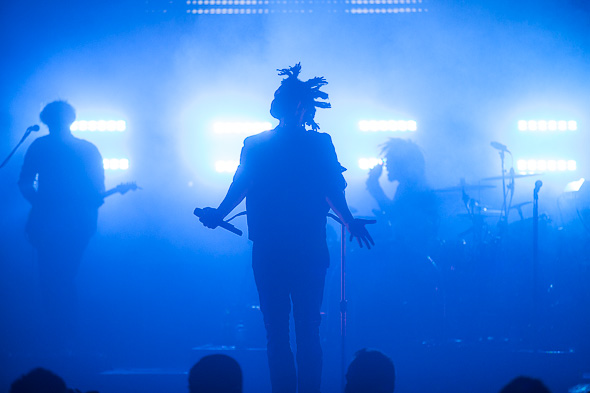 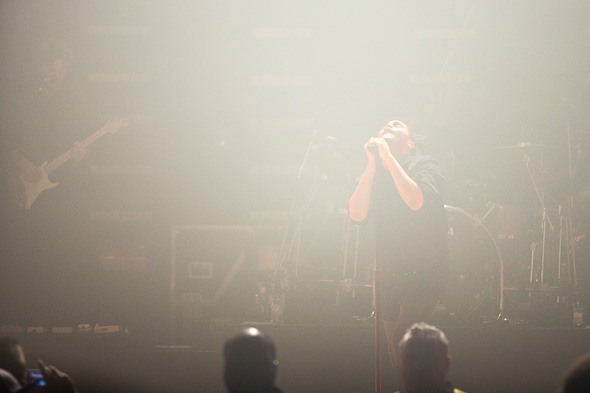 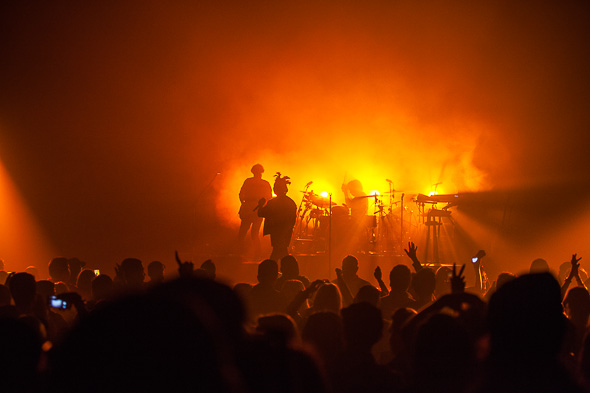 The Weeknd plays Massey Hall two more dates, October 19 and 20, with some tickets, albeit pricey ($75 and upwards) still available at the door.