Get to Know a DJ: M-Rock

DJ M-Rock loves the hustle of the game. Getting his start in '99, M-Rock got serious after getting fired from his advertising job in 2008. Ever since, it has been a steady flow of DJ battles, mixtapes, some producing and of course, straight-up DJing. Having rubbed shoulders with the likes of Drake and playing for clients like Shaq, M-Rock recently won the Toronto division of Red Bull's Thre3style DJ competition.

M-Rock and I caught up on a rainy Saturday at Le Gourmand to discuss the growing prevalence of coke in King St. clubs, DJ battles, and a little Drake for good measure. 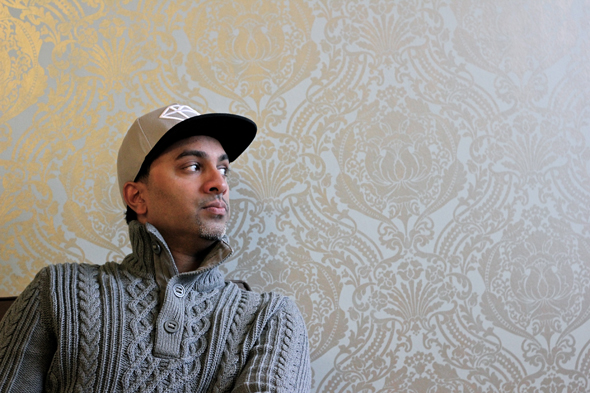 Let's start with the origin story. How did DJ M-Rock come to be?

I was in a rush for a gig and I needed a name. So I used the initial of my first name (Maneesh) and the most obvious suffix for any hip-hop name is "rock." It was too late eventually but I grew to like it. This was in 1999.

I'm from a musical family. My father plays Indian classical. I grew up around music and loved it. Before DJing, I was playing instruments and fooling around. I learned how to produce from my friend Vishal. I learned the basics. And I had the idea with my brother to get turntables, and that's when it started to really come together. That was the next chapter for the next five years in my basement in Rexdale.

Since then it has been a mix of DJ battles, playing with Funky Teknicianz (now disbanded), producer battles and here I am now.

So along the way, was there a moment where you were like "this is it"?

There were probably two moments. The first was meeting Jr Flo (of Keys N Krates fame) and deciding this was something I wanted to do seriously. And this is coupled with watching the Piklz vs. X-Men battle. That completely transformed me from DJ to turntablist. And the other moment was getting fired from my advertising job. I had nothing to do. I got a text message from someone to go to a club saying they might have a gig for me, and since then I've been in this.

How do you approach a set these days?

It's two things: it's audience and it's what I feel like doing. What's making me itch. It's crazy you ask that question because I play for so many different audiences. I play for Mark Ronson's show Authentic Shit on East Village Radio and that audience is strictly into whatever is dope and eclectic. 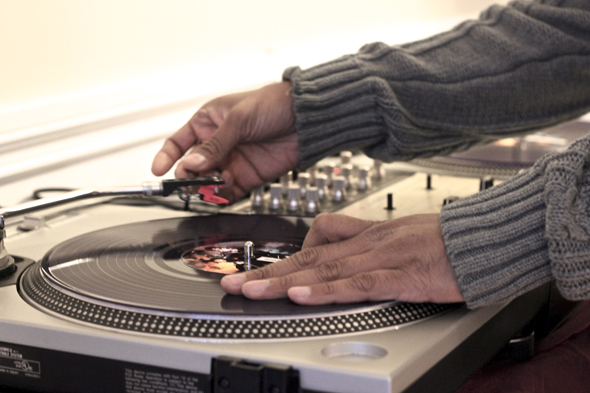 You have been quite prolific in the mixtape world. From remixing Jay-Z or A Tribe Called Quest or Kanye, what is your goal with these mixes?

It's not currently where I'm at, but when I was doing them I was actually trying to produce. But I had so many issues around producing. I had so much to bring to mixtapes. I had producing skills, I had turntables, I had DJ battle skills and I loved music. I had something unique to bring. I could bring a club aspect to it too. It was something I could do to improve the art of mixtapes.

What's the best or craziest story you have behind the turntables?

I have a good story behind the keyboards. So I'm in New York and I snuck into this Scion King of Beats battle. It's for Americans only, so I said I was from Queens. I got in and I came second. And the winner of the New York battle goes to the finals, but they felt so sure about me that they put me in the finals anyway. And it was hosted by Doug E. Fresh, judged by Pete Rock and Prince Paul. So these are all my idols, watching.

For me, the biggest thing was having my idols watching me when I'm not even allowed to be there. There's a lot of feelings of being caught, the challenge of it, and even me being an Indian kid from Toronto in New York. I still haven't topped that gig with anything else I've done in my career.

What drives you? Why do you keep up with the chase?

Do you try and ignore the shit-talking and bullshit that comes with the game? Or is it about proving yourself and getting immersed in it?

Yeah, sometimes it's there. But someone trying to prove himself is bound to be unsatisfied. Because you really have to satisfy yourself. And I know that and I've done that a lot, the whole proving myself thing. 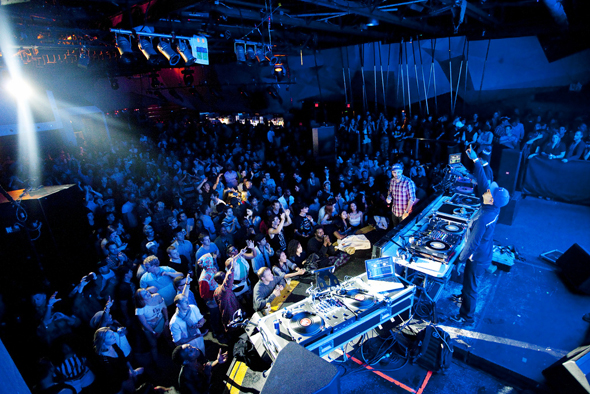 Walk us through winning the Toronto title of Red Bull's Thre3style.

I had the idea this competition wasn't credible. And I was proven wrong when I saw last year's world winner. When I saw his set I was blown away and started thinking about doing it. I had to take out the guy who won the last three years in Toronto. That was on my to-do list. For the set, I had a lot of writer's block, then crammed and finally got something two weeks before the actual battle. It was a blast, I was jamming on stage having the time of my life. I was having more fun than people in the crowd. Guaranteed. And yeah, I won.

Why do you think you won?

I don't know. I look back at it, and it wasn't my best set. It was only three weeks ago. I probably won because I had the most skills in the competition. A lot of guys don't know how to scratch and these things. I played some of my own production like a "Get Lucky" remix that I did. That was probably it, the set composition. I have battled for so many years, I kind of knew what to do going in. So maybe experience you could say.

And in the Canadian Thre3style finals [in Calgary], I learned a lot. I didn't even place. I learned a lot about moving crowds. My set was kind of technical at times and at other times I was just letting the record run and I was dancing. The main thing I learned is that you need a year to prep for this thing. This is no joke. And you can't do it in three weeks. And I was maybe over confident going into the finals. In Toronto I was thinking, 'This is Toronto and I know everyone out here." In the Canadian finals it was a different situation.

Some of your DJ clients have included Shaq, Drake and Ryan Gosling. Who's been your best client and why?

Drake. Because he appreciates what we do. He remembers you. It's like talking to yourself when you talk to him. He doesn't mind if you interrupt him. And he's huge; the biggest rapper in the world in my opinion. You know, he promised me that I was going to be on his first album. So one day I think we're going to work together.

Interview and photography by Ryan Bolton.