Ohbijou have been marked throughout their career not just for their endlessly inventive output, but also for the dedication of their fans and of their friends; to wit, this was no ordinary goodbye. Instead, Ohbijou led a marathon, three-set farewell, featuring guest performances by some of Toronto's best musicians, a tribute to mark their nine-year career. 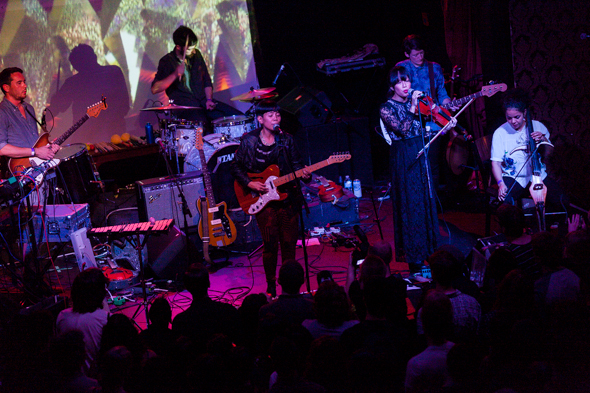 Led by Casey Mecija, the six members of Ohbijou came out at 9:30 to a stage littered with instruments--a mandolin, cello, violin, keyboards and I don't know how many guitars (including an amazing vintage Fender Bronco)--and played the first set. They opened with the devastating "Niagara" and then cutting a wide swath of tunes through their back catalog. The band was polished and professional and wholly fantastic, and after they finished, they took a break and opened up the stage to some friends of theirs.

Members of Evening Hymns, The Wooden Sky, the Rural Alberta Advantage, The Acorn, Diamond Rings, as well as Forest City Lovers' Kat Burns, Gentleman Reg and more--I'm sure I missed a few--all came up, shared memories of the band and played songs. 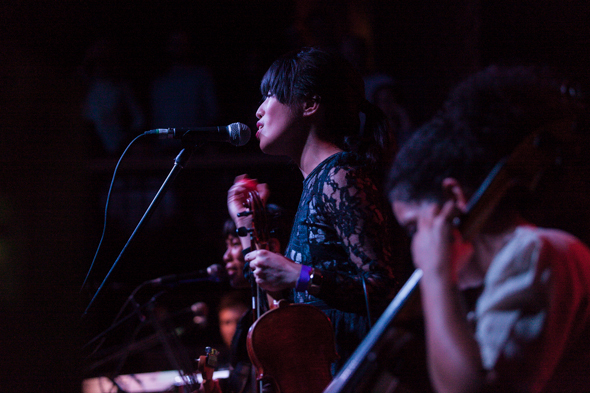 Maybe that goes to show why there was so much joy on the stage; because Ohbijou are a community as much as a group. As each of the other performers--some tourmates, or former members of the band, or just close friends--told their anecdotes, bantered with the group or explained why they chose the songs they were covering, you could see the audience hanging on every note or word, every person drawn right into their own private conversation with the performers. 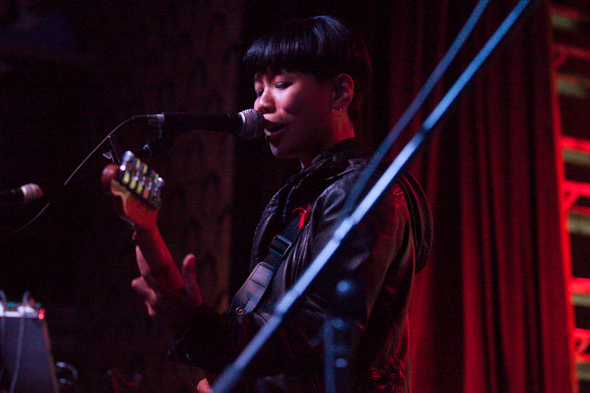 At the end of "Niagara", someone from the crowd yelled out, "I love you, Ohbijou; you're in my heart!" At any other show, that would be a little much, but that was just the sort of night it was; it wasn't just a last show for Ohbijou. It was an opportunity for the audience and for the other performers to tell the band what they've meant to them. And that's a rare thing, for a group to be able to give that to their fans. 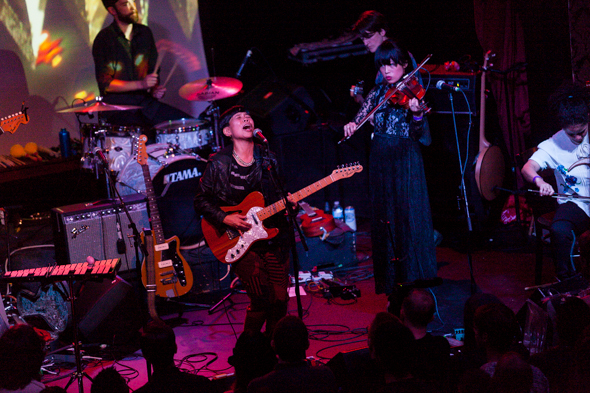 Ohbijou closed out the night themselves with another full set, finally finishing with all the performers from throughout the night crowding onto the stage for the encore. 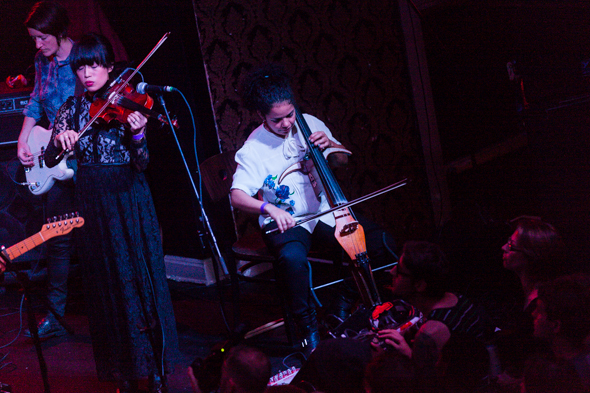 I think Casey herself summed it up perfectly when she said, "Performing feels like being lost in the best dream, and for the last eight years I've been lost with these people. "It's... bittersweet."

I'm sure we haven't heard the last of Casey Mecija and the talented group of performers that gathered to form Ohbijou, but on hiatus could really mean anything for the band.

Regardless, Ohbijou, you will be missed.

Share your favorite Ohbijou memories in the comments below.