The Smith Westerns (or a heckler's guide to Lee's Palace)

Last night Chicago's Smith Westerns, with Portland, OR-based openers Wampire, played a packed Lee's Palace. The crowd was young and just a bit wild, liking the bands as much as they liked their washed-out jean jackets and tiny leather 90s backpacks: a lot.

Wampire, made up of Eric Phipps, Rocky Tinder, Cole Browning, Kevin Rafn, and Andrew Meininger, hail from the West coast and played a little psychedelic, old-school rock'n'roll music. Dressed up as 1960s time-travelers, they surf-rocked and reverbed their way through their set, setting off a smoke machine every couple songs and giving a no-fuck attitude while they played. 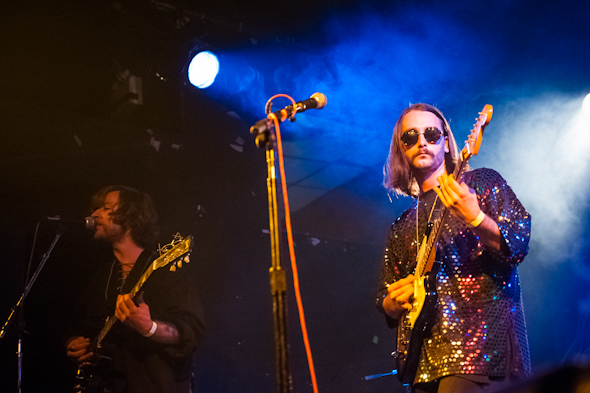 Despite their missing keyboardist (who got stuck in the US after not receiving his passport in time), they played a particularly notable cover of Kraftwerk's "Das Modell", with lyrics wholly in (actually really well-pronounced) German. 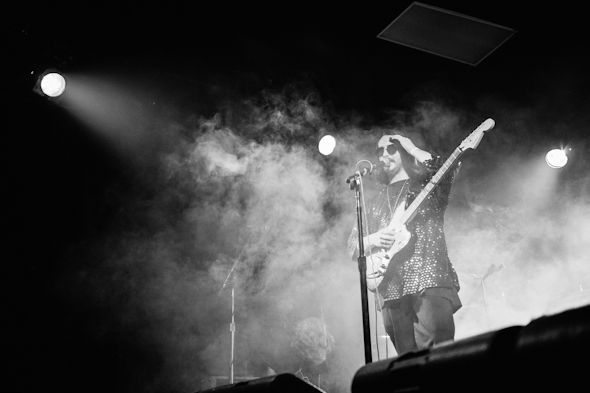 Unbeknownst to most of the crowd, the Smith Westerns were heckling Wampire from backstage during their set and doing a "sexy dance," said Cole Browning of Wampire, so when the time came for Smith Westerns to be on stage, the tables turned. To the chagrin of some far right-stage audience members, they became exposed to Browning's shining white moon: 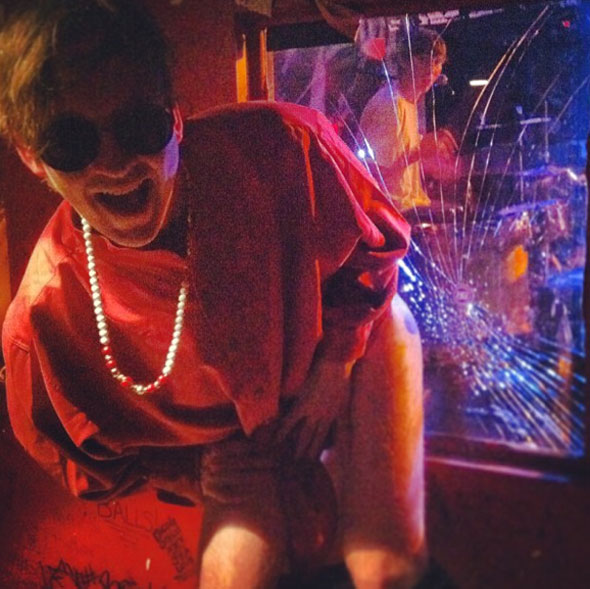 It didn't end there either. At one point during the Smith Westerns' energetic and fan-loving show, Browning pinched lead guitarist Max's ass. Guess they just weren't quite done yet.

Smith Westerns' catchy, power-pop rock, drizzled with vocal harmonies and the odd keyboard solo, gave the crowd exactly what they were looking for. The young, energetic audience sang along to almost every song and danced like it was their last. Opening (ironically) with "End of the Night," they moved through a number of songs off their older albums and even busted out an acoustic guitar for some of their "coffee shop" style tunes, like "Smile." 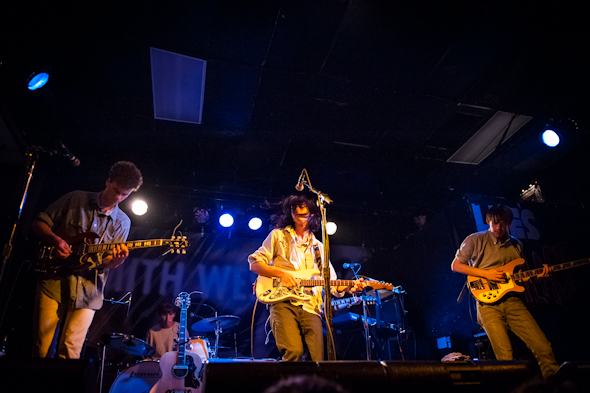 Although they wouldn't play an encore ("...so just imagine we walked off stage... and came back on"), their ending trio of "Weekend," "3am Spiritual," and "Varsity" from their newest album, Soft Will, was a fitting conclusion to the show. Despite the lack of encore, the band showed a ton of love for their fans, posing in photos both inside and outside the bar for at least half an hour after the show was over. 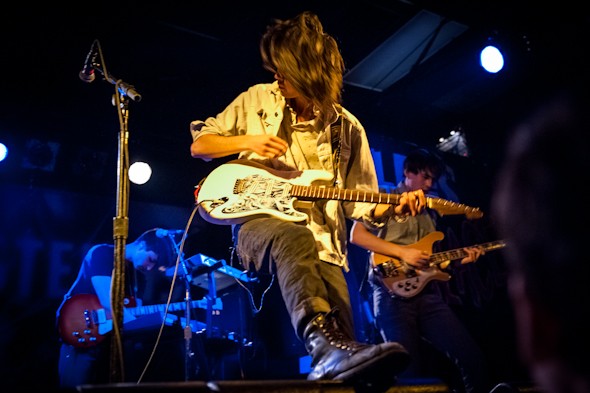 Most notable during the show was how well the Smith Westerns kept their cool. Heckled from backstage by Wampire's antics and heckled from the front by a certain dickish guy who kept yelling for louder sound (as he said to me two songs in "I want them to play louder. The fact that I can hear you is disconcerting."), started a one-man mosh (no one was into it), and wouldn't stop yelling "Weekend!" (for which he was mocked by other people in the audience who yelled "Freebird!"), the Smith Westerns were the picture of a fun-loving band, taking it all in stride. 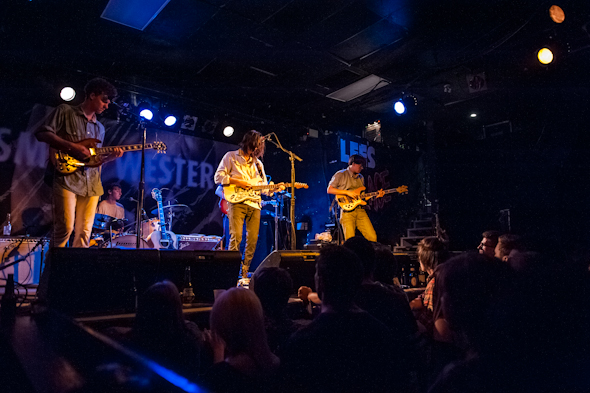 All in all, it was a fun ride; Smith Westerns draw a crowd worth dancing with, and Wampire get your feet moving without much effort. Lose the annoying hecklers (mischief-makers are fine), and you've got yourself a sweet show.