The xx and Grizzly Bear host a drenched beach party

Severely inclement weather has a way of making one question the very purpose of whatever activity has brought you out to bear through it in the first place. This is particularly relevant as it pertains to live music - if a few thousand people pay to suffer through a freezing cold rainstorm on a beach just to see a couple of bands, well, those bands better ensure they're giving their all and then some.

Thursday night's soaked festivities at Echo Beach put this pressure on two bands known for their subtlety and gradual refinement, rather than tangible bombast: London's the xx and Brooklyn's Grizzly Bear. 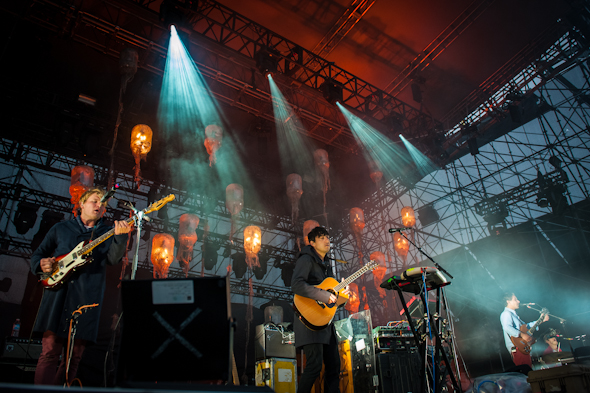 Being a casual fan of both bands and also amongst the cold huddled masses grouped next to Lake Ontario, I'm happy to say that the former justified the latter. While either group could've likely headlined the show, the xx's noir-pop lends itself to an after-dark timeslot, and their later set in particular proved particularly affecting to the dance-ready crowd on hand. Aside from beers seemingly priced by a random number generator, the setting wasn't half as dreary as it appeared at first glance, both bands doing such a good job of turning their own unique atmospherics outwards.

And so Grizzly Bear got things started early while concertgoers steadily trickled onto the mushy sands of the venue. Beginning with the propulsive "Speak in Rounds," one of the highlights from last year's prog-influenced Shields, the band were able to get the soaked crowd on board almost immediately. Despite the fact that the rain hadn't tapered off since the early afternoon, the audience danced and sang along to the baroque-pop jams while jellyfish-shaped lanterns bobbed ceaselessly behind the band. 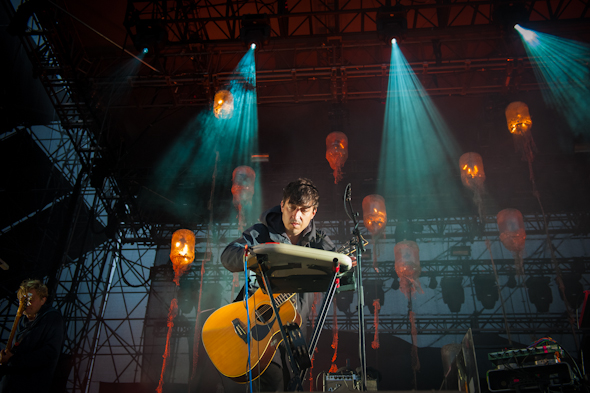 "Knife", from their breakout 2007 album Yellow House, was an early highlight, and the ragged guitar workouts of "Sleeping Ute" and "On a Neck, On a Spit" also provided much needed respite from the natural sedative the band can sometimes provide. Michael McDonald was of course not on-hand to lend his yacht-rock sensibilities to the proceedings, but guitarist/singer Daniel Rossen more than made up for it with his rich, sonorous voice. He traded lines off with multi-instrumentalist Ed Droste on the set-closing "Sun in Your Eyes", and while there was none to be found anywhere, Grizzly Bear provided a good placebo effect.

It was the xx, though, who really shone on this night sans shine. The chemistry between all three band members was electric, immediate upon the opening loops of "Try" and continuing right up until the resignation of the encore-closing "Angels". Despite the freezing cold, the trio's bass-heavy tunes got the crowd hot and heavy, producer en vogue Jamie xx bringing a singular texture to the performance as he does their recorded counterparts. 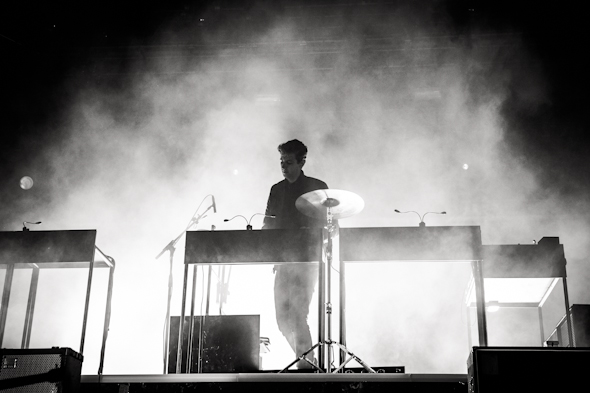 Throughout the set, the band was accompanied by one of the more complicated, aestheticized lightshows I've seen in some time. At first consisting only black-and-white lights flickering behind the band, multiple colours began to converge with lasers shooting their eponymous logo. It elicited a giant response from the crowd, though both Oliver Sims and Romy Madley-Croft each mugged to the audience to receive rapturous applause at various points throughout the show.

The crowd was on their side from the get-go, so it took precious little needed from the bands to get the audience onboard - Droste thanked the audience for coming out in "this situation," and the xx dedicated their love to fans for their ongoing resilience. 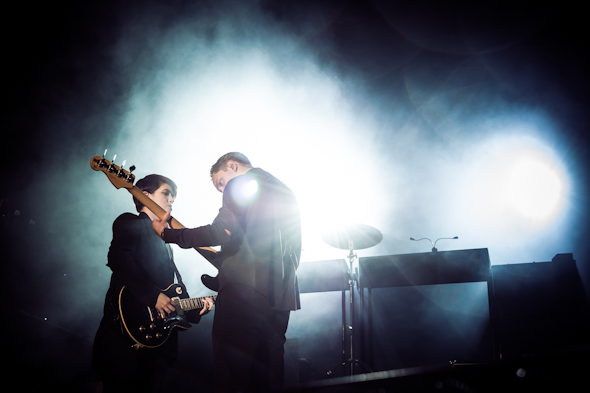 Ultimately, it was a pretty great show, and it says something that a crowd inclined to have an awful time ended up clearly loving it, in spite of uncontrollable extenuating circumstances. Both bands are well worth their salt regardless of hype, and they remain absurdly accomplished live acts for their relatively young ages (both individually and collectively). Here's to hoping that continues to grow with time. 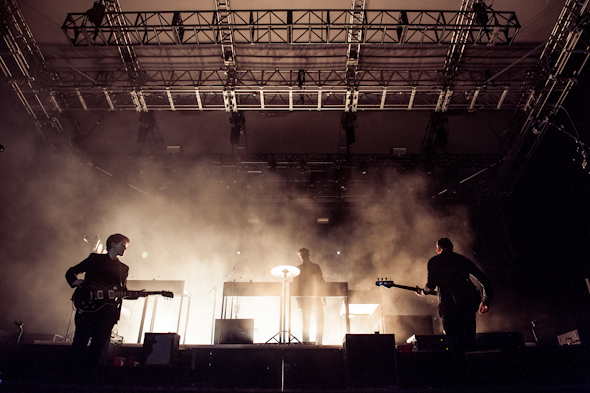 Grizzly Bear set
Speak in Rounds
Sleeping Ute
Yet Again
Knife
A Simple Answer
Foreground
Ready, Able
While You Wait for the Others
On a Neck, On a Spit
Two Weeks
Half Gate
Sun in Your Eyes