Walk Off The Earth buoyant at the Danforth Music Hall

Walk Off The Earth have grown on me. Since their quirky 5-people-playing-one-guitar interpretation of Gotye's "Somebody That I Used To Know" (now approaching 150 million YouTube views) they've captured the ears and minds of many.

The Burlington, Ontario's band have actually been around since 2006. And their chemistry is undeniable, as I discovered on Friday night at The Danforth Music Hall. 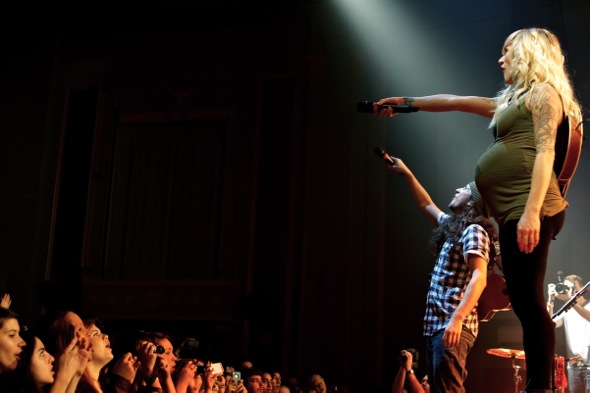 Singer Sarah Blackwood bounced about the stage like a kid all night, even though she's got a kid in her belly that looks like it's almost due. 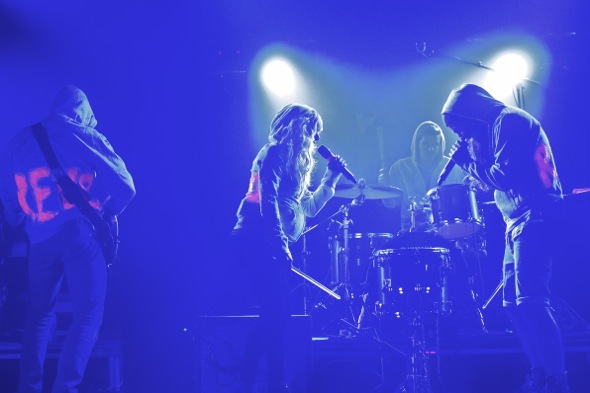 WOTE first took to the stage bathed in blue lights, wearing matching hoodies with R.E.V.O. in bright neon letters on their backs, an acronym for the band's motto, Realize Every Victory Outright. It's also the name of their latest studio album released just a month ago. 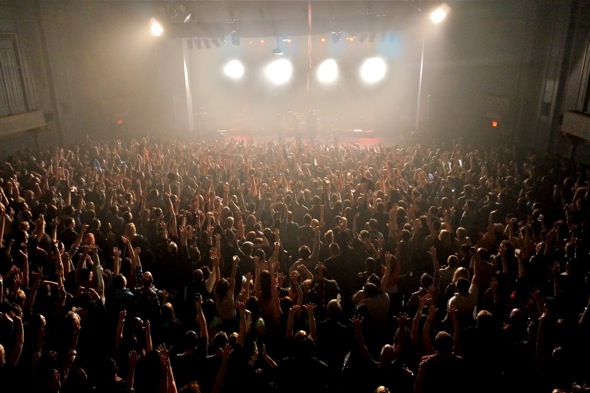 The Danforth Music Hall is becoming one of my favourite places to see a live concert. It's got an ample general admission floor area that's slanted so that sight lines are good from no matter the angle. And decent lights and sound. This all-ages crowd wasn't shy about cheering on WOTE as they played a buoyant 90-minute set. 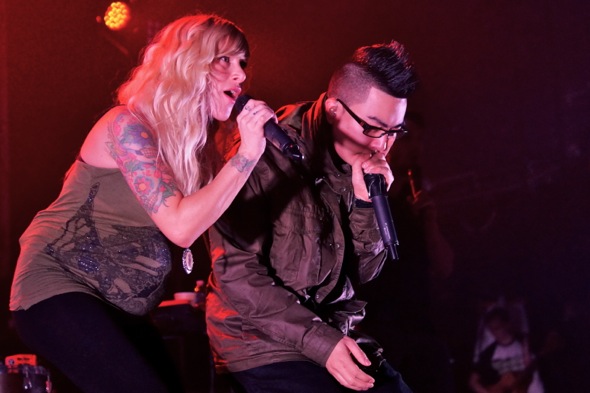 One of my favourite moments of the night was during their a cappella beatbox version of Taylor Swift's hit "I Knew You Were Trouble" featuring Terry KRNFX Im. Blackwood bopped about with Im, her hair seeming to defy gravity. 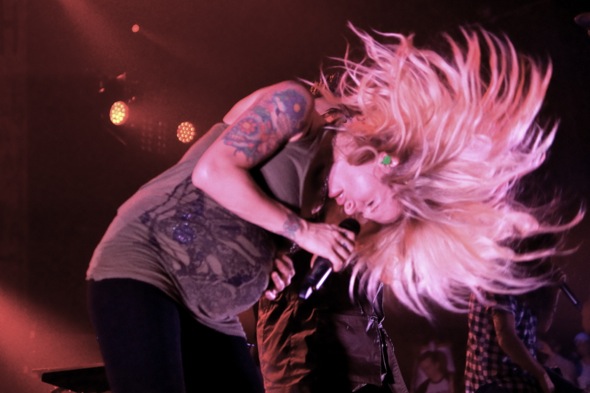 The band switched things up several times throughout the set, incorporating many unconventional instruments into the mix. That girl can play a mean ukelele! 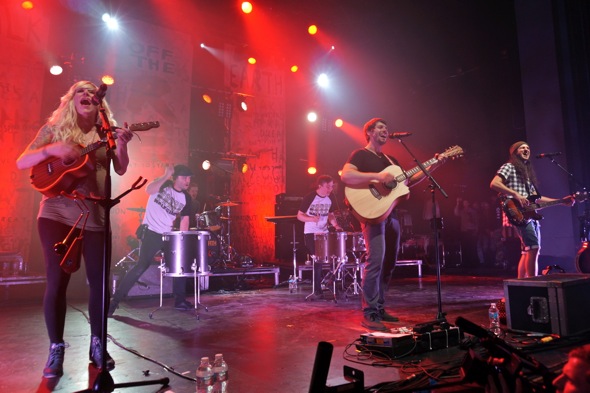 Here's hoping this helps bring back a resurgence in the melodica in future pop songs. 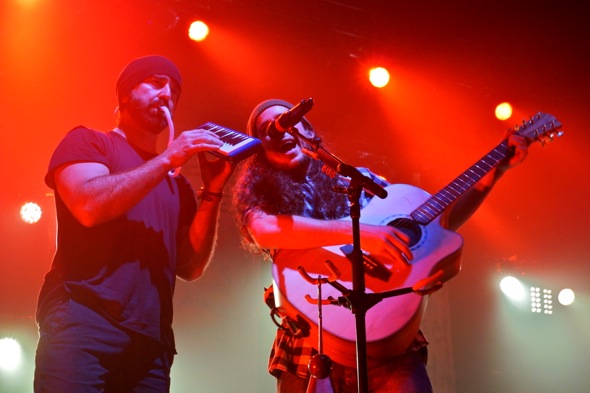 By the time WOTE launched into the "Red Hands," the crowd was electric! 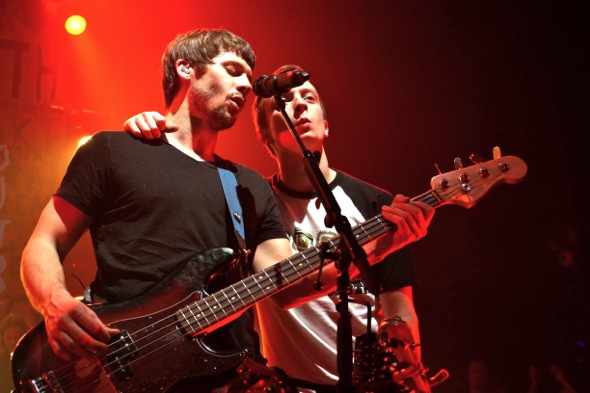 But it was "Summer Vibe," four songs later, when things were kicked up a notch. 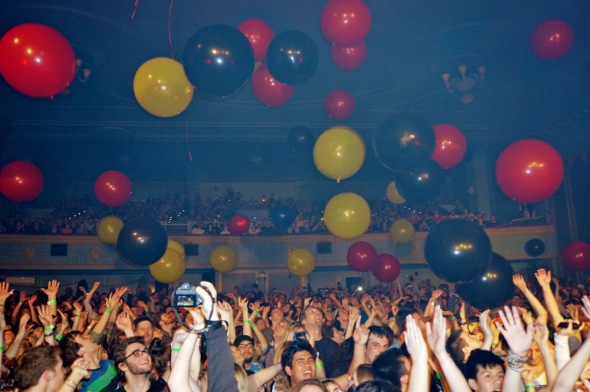 Cue the giant balloons, released from the balcony overhang and it felt like we had been transformed into the Ikea ball pit. 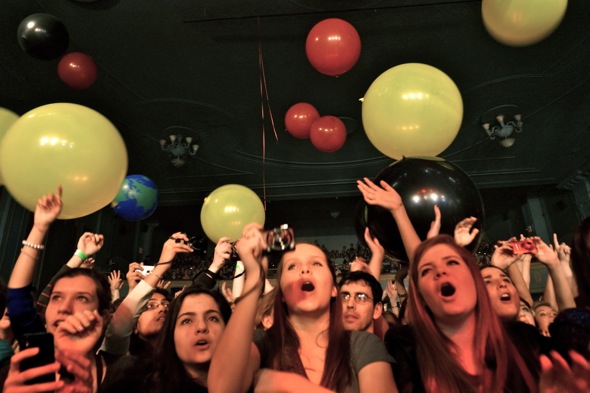 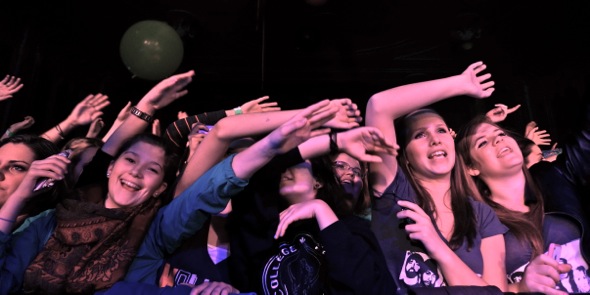 Throw in a few confetti cannons and shots of compressed air for good measure and it was positively hopping. 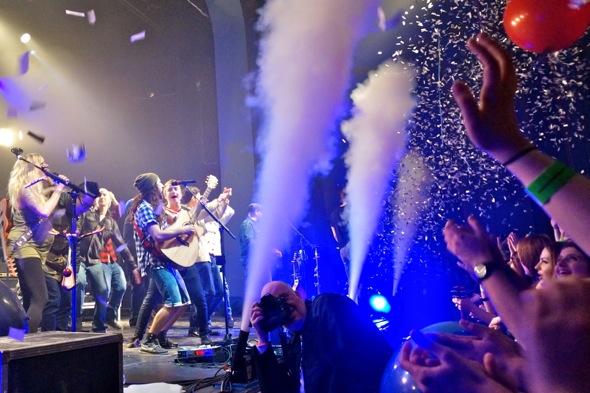 Thanks, WOTE, for cheering me up on a cold and dreary Friday night. 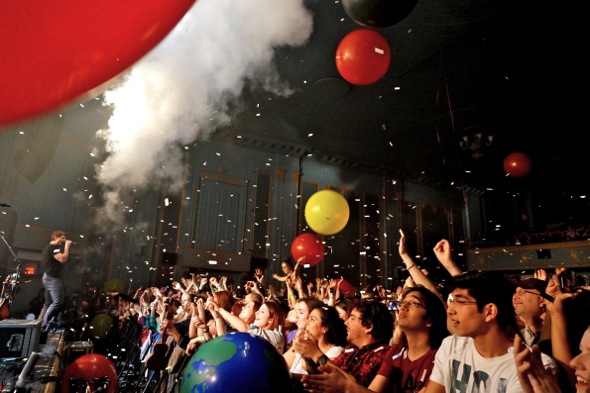