British singer Jessie Ware never performed at Toronto's smaller venues. With North America lagging behind on the attention the R&B artist got with her 2012 Mercury Prize-nominated debut, Devotion — which will officially be released in the US next week — Ware's rising star status on this side of the ocean has left audiences anxiously waiting for her shows and subsequently buying up all the tickets for almost every stop of her tour. This brings us to her first Toronto show ever: a packed room at the Opera House on Saturday night where fans who had long familiarized themselves with her record were ready to belt out the words to every song. 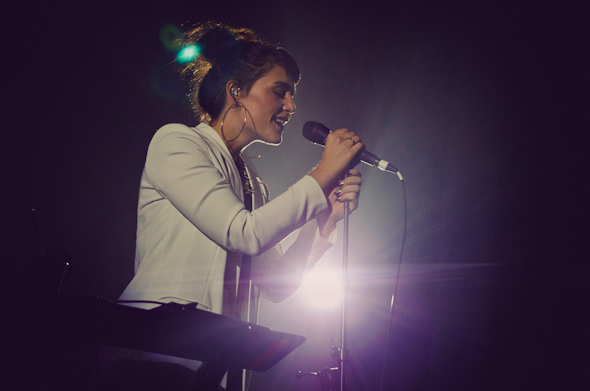 Even with the decidedly larger venue choice, Ware's immediate sense of warmth and compassion made the room feel as tiny as the cafe I'm sitting in right now. The effortlessness her performance speaks volumes about the amount of talent the singer possesses. That she creates an environment where the crowd feels just as comfortable to wave their hands, sing along and dance to everything, from the power ballads to the more guitar and bass grooving jams is a testament to her own ease on stage.

Ware's set-up was spare and simplistic — she was merely backed by a three-piece band — and allowed for her to shine with her velvet voice and oddball wit. Between songs, she'd joke around with people throughout the venue, be they at the front or all the way up on the balcony, which gave the impression that she was our best friend. It's an inevitable love-fest waiting to happen every time she steps onstage, with her one-two punch of great music and a charming personality. 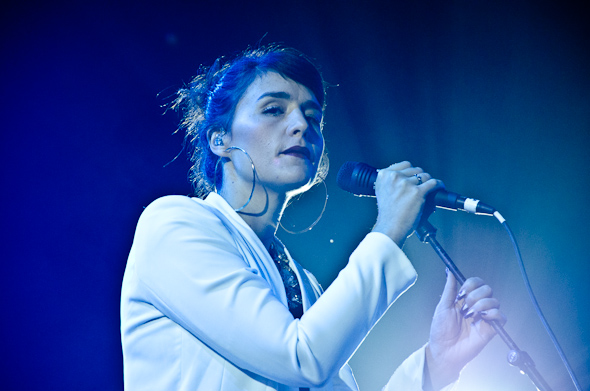 It takes a lot of talent and effort to pull off the minimalistic yet spectacular show Jessie Ware puts on, and it was about time Toronto got a taste of it. Even if her next trip calls for an even larger venue, we'd all happily return, demanding for her music and friendship. 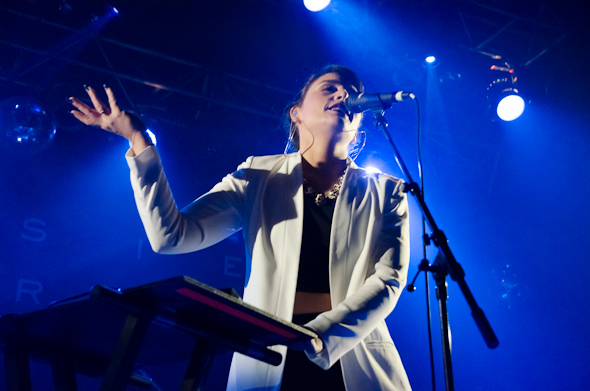