"It seems like our generation as a whole has rediscovered Fleetwood Mac in our adult years," Bobby Kimberley told me by email late Wednesday morning after Dwayne Gretzky sold out The Great Hall. "Fleetwood Mac are classic, and everyone in Dwayne Gretzky is a real fan," he continued.

The founder of Young Lions Music Club, a music marketing agency that has thrown some of the city's best music parties and concerts, Kimberley had invited his friends in Toronto indie band Dwayne Gretzky to pay tribute to the popular '70s band on Tuesday night, the same night Fleetwood Mac was to play on the ACC stage. Just blocks away from where Stevie Nicks and Lindsey Buckingham performed their own sold out concert, the local eight-piece cover band paid tribute to the legends by playing Mac's 1977 Rumours album in full. 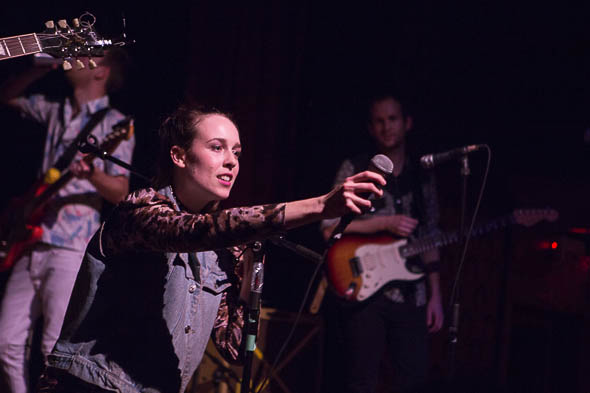 Drawing on what he calls the perfect opportunity for a full-blown tribute, Kimberley, now a pro at organizing large independent shows such as this, had 600 people lined up around the block to watch some local kids take on music 15 years older than them.

"The band has all the right pieces for Fleetwood Mac: two female vocals, diverse from one another, and two male vocals. There's enough variety to find the right people for each part, while harmonizing beautifully throughout," Kimberley believes. 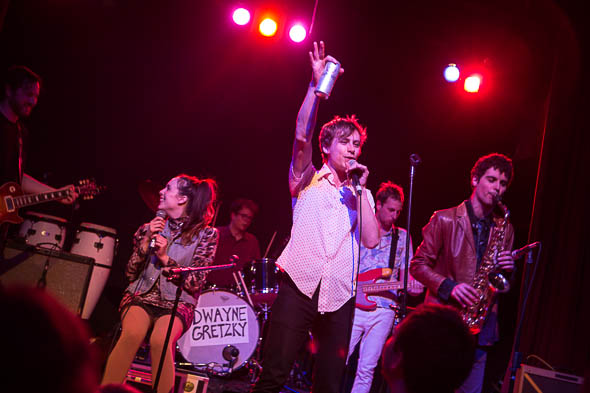 Lead female vocalist Allie Hughes, a woman who looks the part of ingĂŠnue but is a commanding schizo pop performer in her own right, powered through Nicks' vocals. Honing her incredible energy in for softer, down tempo songs, Hughes was the rowdiest of the band onstage, jumping on the backs of her bandmates during crowd pleasers and sinking to the floor to pound the beat out with her fists. Stealing the show during Gretzky's rendition of "Go Your Own Way", Hughes did her best Nicks' impression on "Dreams," a classic that had the crowd shouting her name by the end. 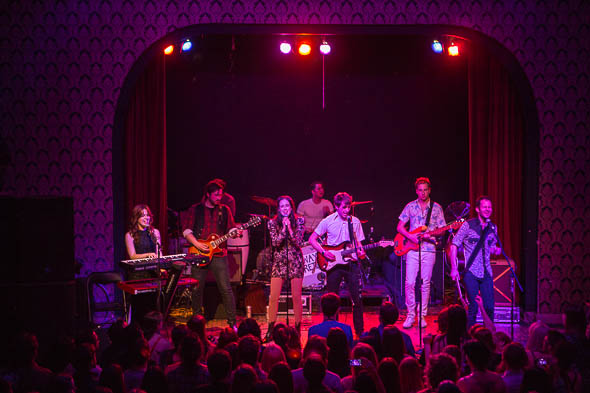 If Hughes was playing the part of Nicks, then keyboardist Robin Hatch was a strong Christine McVie, providing a backbone for the group to rely on for richer vocals as Hughes and lead male vocalist/guitarist Tyler Kyte played up their Nicks and Buckingham fantasies on lead. 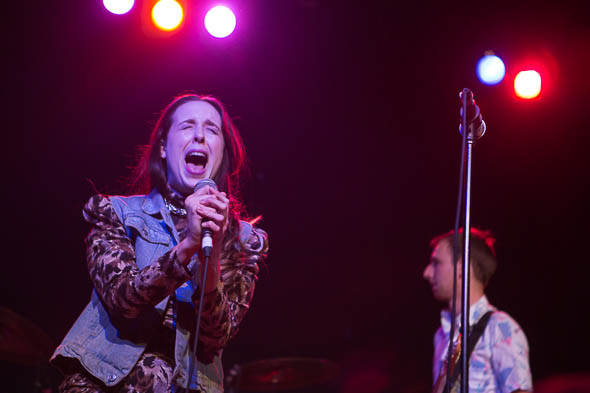 Following the country sound of "Never Going Back Again," "Don't Stop" changed the mood of the place quickly as a wave of recognition spread throughout the venue and hundreds of '80s babies began dancing to the songs their mothers used to play. But it was the band's spot on version of "The Chain," a Dwayne Gretzky favourite, that made the evening, with their expertise showing through strong rhythms and full band harmonies on the chorus. 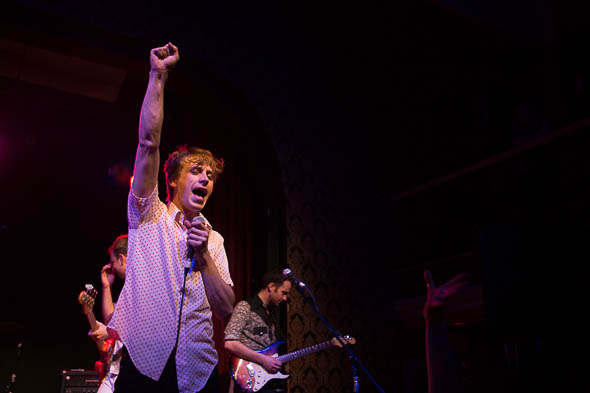 Paying tribute amongst the crowd were the hundreds of millenials who made the evening a sweaty dance party, downing beers, Instagramming the band and swaying to the music, just like Stevie Nicks taught them. 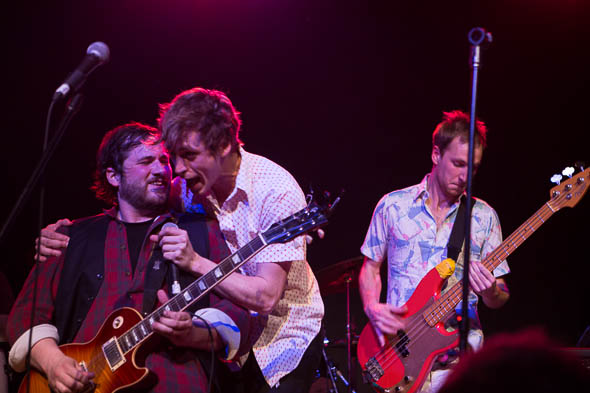 Standing on the balcony, an older crowd of long-time Fleetwood Mac fans listened and danced, substituting tickets to the sold out ACC concert to check out what kids nowadays were doing with Fleetwood's music. Pausing only to ask about Dwayne Gretzky's large following, it seemed that, judging by their reactions, the kids are alright.