Classified sells out the Opera House...twice

Classified brought his East Coast flavour to Toronto this weekend and was more than well received. Playing two sold-out shows at The Opera House, Classified kept the energy high with a superb mix of tracks from as far back as 1996's What Happened and, of course, from his latest self-titled album, which was released in January. 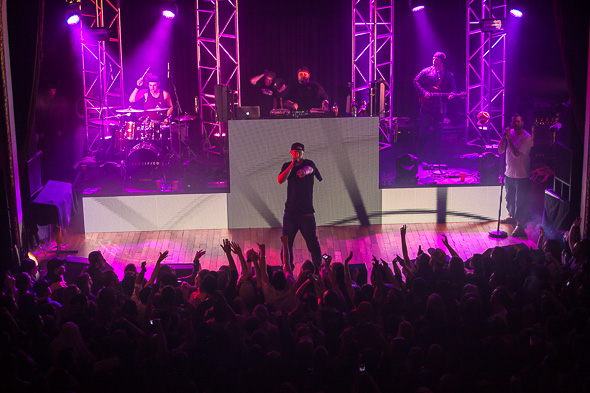 Even if you only occasionally listen to the radio, you've likely heard Classified's latest single "Inner Ninja," the upbeat, bounce-inducing first song from Classified. The song features a catchy chorus by fellow East Coast artist David Myles, who joined Classified on stage looking dapper in a suit and tie. Just one week ago, Classified's "Inner Ninja" won him a Juno for "Rap Recording Artist of the Year." The award called for some celebration and on Saturday night — his final show on a six-week tour — he handed out beer to fans in the front row and toasted his success with a proud performance of "The Maritimes."

Classified's self-titled album is filled with cheery beats and clever rhymes, proving with each record, he only gets better. "Pay Day" is the ultimate anthem for 9-5ers who celebrate every other Friday. "New School/Old School," which features opener Kayo, equally honors the hip hop of the past and the present. With appearances by Raekwon, Skratch Bastid, and Kardinal Offishall (among others), the album is sharp and showcases Classified's artistic strength and his ability to produce fantastic music.

Midway through the set, Classified decided to have some fun with his fans, playing a game inspired by "Pay Day." He called a fan onto the stage — the first fan to tweet "@Classified #payday" — and had his DJ spin a custom-made video version of the Wheel of Fortune. The prizes included a backstage pass, a body autograph, $200 cash, the opportunity to sing a song on stage, and $500 off merchandise (to name a few). 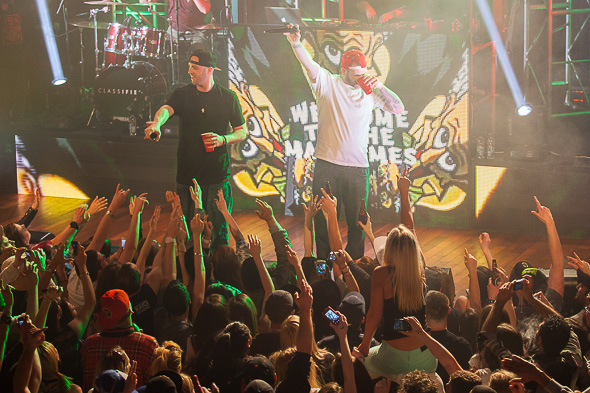 The winner, known on Twitter as @stk, won a photo on stage -- womp womp. The prize was made better when Classified invited @stk to stage dive into the crowd...twice. @stk's second jump involved a rock star-worthy frontflip and the crowd went wild. Even with the less-than-stellar "Pay Day" prize, I'm pretty sure @stk had the time of his life.

If it isn't clear already, Classified is humbly approachable. He treats his fans like his friends. Perhaps it's because he hasn't reached — nor has he wanted to reach — a level of fame like that found in fellow Canadian rapper Drake. He has said, "Rap, to me, is not about money, it's about working your ass off. I keep growing and I've been lucky, but I've worked damn hard to get to this spot." 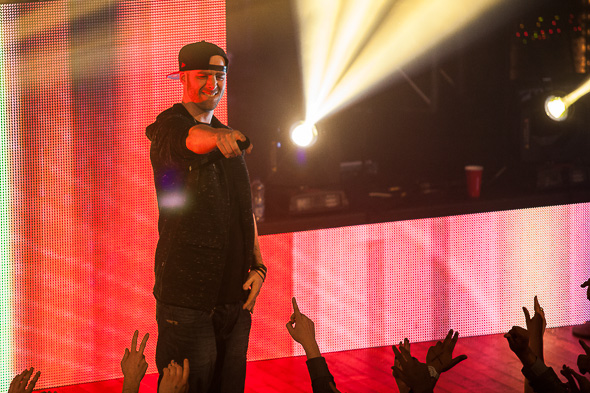 With his strong work ethic, relatability, patriotism, and unpretentious vivacity, Classified serves as an awesome representative of Canadian music and Canadian values. Nearly 20 years into the music business, he continues to make impassioned albums and to impress fans old and new. 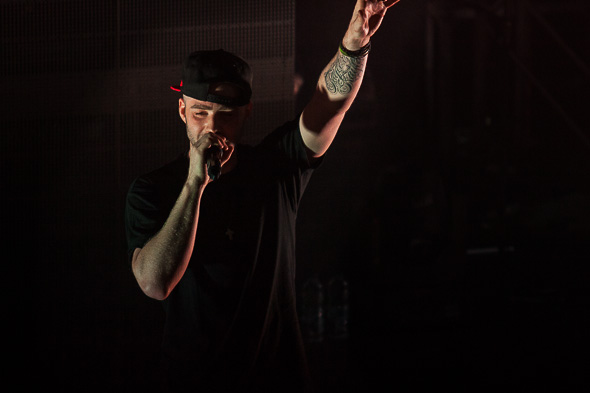 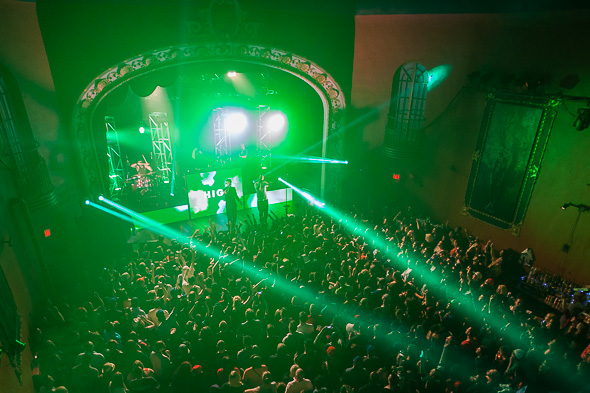 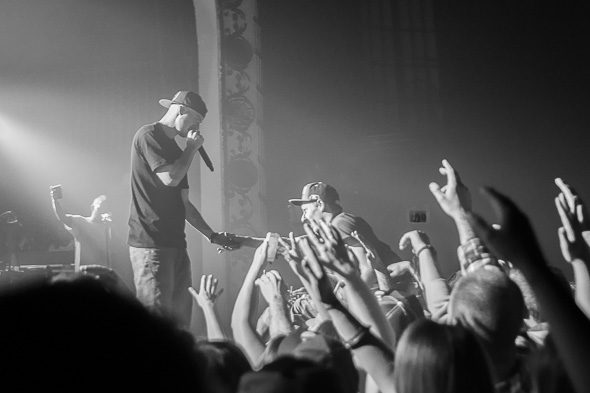 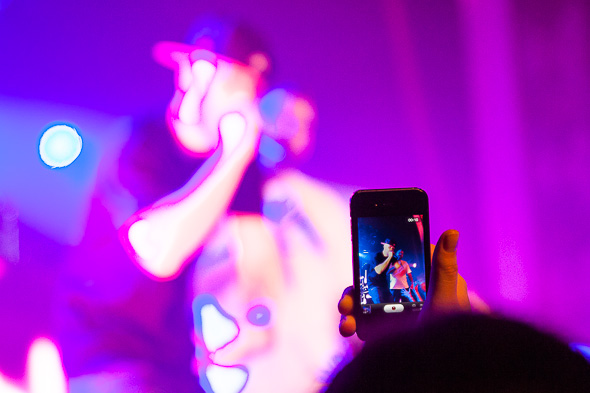 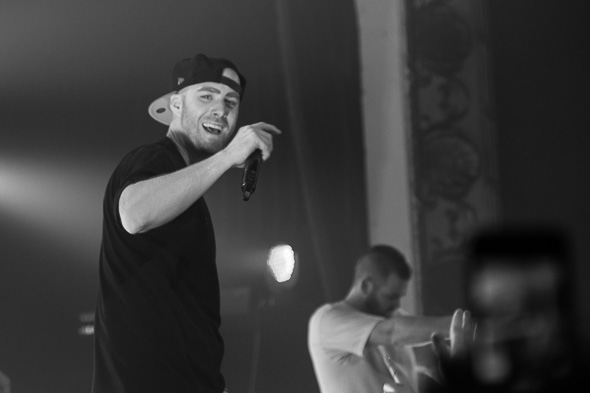