The Sirius XM Indies boasted some of the biggest names of Canadian Music Fest this year. Metric, Matt Mays, Diamond Rings, Yukon Blonde, The Wooden Sky, Canailles and a ton of other bands and artists played the annual award show's stage at Kool Haus last night, making Friday one of the most talented, jam-packed shows of the week.

To be fair, and given this was an "indie" music awards ceremony, Emerging Artist of the Year was one of the most memorable categories during the show. The French recipient was Canailles, a boisterous, zydeco-and-bluegrass-influenced 8-piece folk band who stirred up the crowd during their short set with washboard percussion and striking accordion talent.

As Poor Young Things won the English counterpart, their friends screamed and the band itself seemed stricken - these guys were not expecting to win and announced on stage that they hoped it wasn't "the best joke ever." Come now. The Indies would never play you like that. Have a little faith. 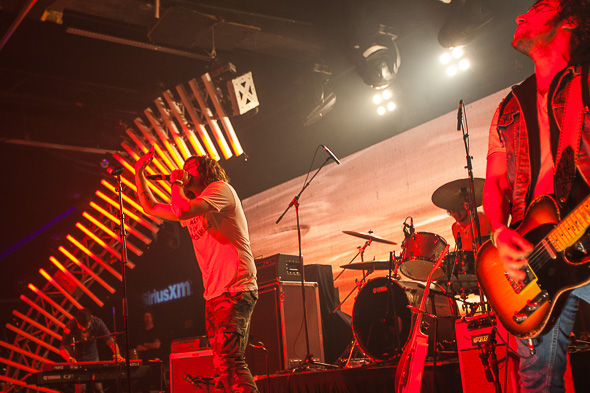 Towards the end of the night, the headlining bands came out and rocked the stage. Diamond Rings put on a high-energy, well-coordinated show (with matching jackets to boot), and Matt Mays got his rock-n-roll on, singing passionately to the crowd as he perched on top of various speakers and eventually started throwing his long locks around, as any good rockstar should. 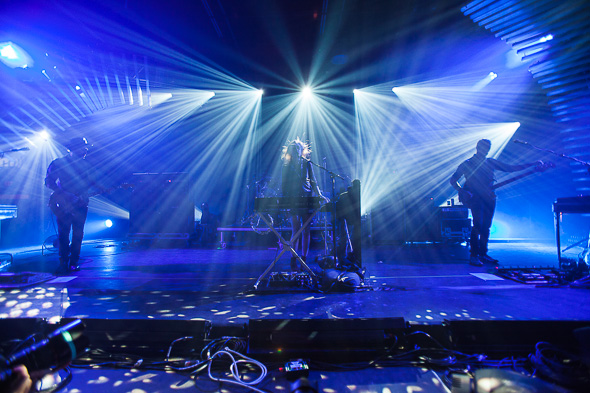 The audience's biggest draw to the show last night was, however, Metric, and the long-time Toronto band didn't fail to please. Despite their marginal tardiness in receiving the Group of the Year award, when they finally took hold of the stage they brought their well-oiled rock machine to the fore and got the crowd on their toes. 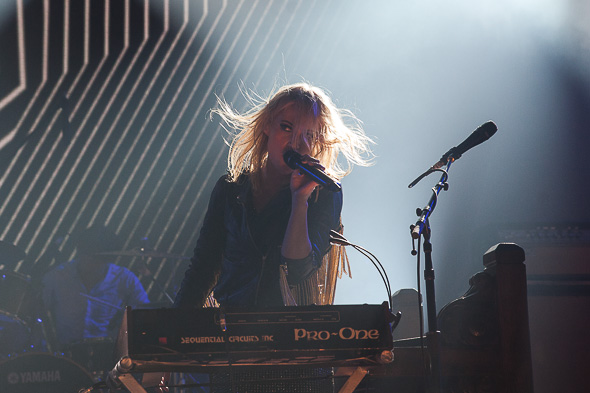 If you're a big fan of the older Metric tunes, though, this wouldn't have been the show for you. It was not surprising that the young crowd rejoiced in the half-Synthetica, half-Fantasies songs that were played (favourites being "Breathing Underwater" and "Sick Muse"), but even over Haines's ballsy vocals, I could hear grumblings from members of the older crowd who wanted a little more Old World Underground... and Live It Out, from which "Dead Disco," "Empty," and "Monster Hospital" were the only three played. 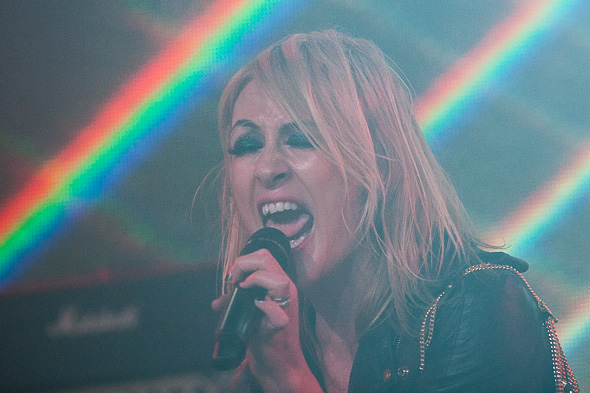 As the band finished their encore, they wound up the show with a sweet, acoustic rendition of "Gimme Sympathy." In her customarily direct way, Haines told the crowd, "You wanna be here with us? Then we wanna be here with you." In the final chorus, the audience joined in and Haines dropped the microphone to sing with them - all four members of the band standing together, singing toward their fans who were singing back at them. 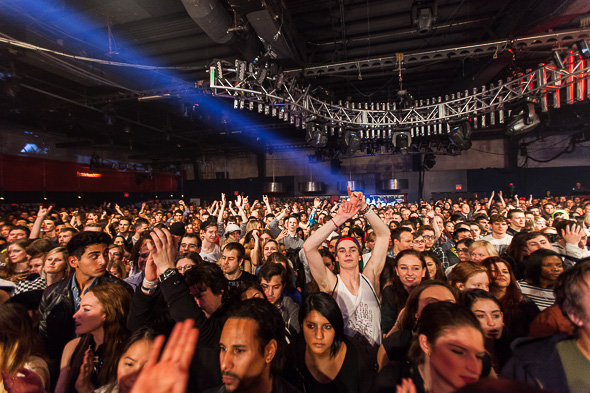 All in all, the Indies celebrated some great Canadian bands, put the spotlight on some (rather obvious) others, and brought music lovers together for a night of sweet jams and good drinks. Stay tuned for our CMF round-up, where I'll be sharing some behind-the-scenes highlights from the show.