While much of the city was getting ready to celebrate (or was already in the throes of) St. Patrick's Day, Low were on hand at the Great Hall to provide a necessary alternative to wandering around Parkdale in the cold with temporary tattoos of shamrocks and leprechauns on one's face. The long-running Duluth, MN group exist almost entirely in their own genre, defying any musical trends in favour of gradual refinement nearly as slow as the average tempos of their songs.

This isn't a knock against them in the slightest, as over the course of 20 years and 10 albums â the most recent of which, this year's The Invisible Way, was produced by Wilco's Jeff Tweedy â they've honed their tension-filled music to such a fine degree that it's a thrill to see the trio push their boundaries, regardless of how subtly it's done. Their 90-minute set found them demonstrating just how adeptly they're able to break out of the slow, sad milieu they may often inhabit, but are often exclusively (and unfairly) shoehorned within. 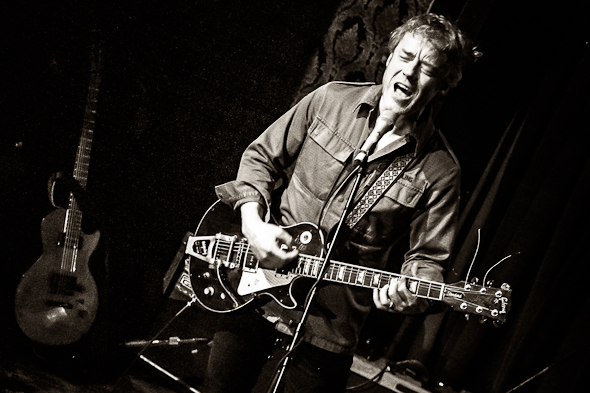 Saturday marked the first date of touring behind the recent album, and so following album and show opener "Plastic Cup," frontman Alan Sparhawk noted that the trio was going to be trying out a handful of new songs for the first time tonight. Sure enough, almost half the set consisted of the new album, not that the rapt audience seemed to mind. The band were consummate professionals, their stately minimalism pairing perfectly with the ornate Great Hall.

The Invisible Way riffs on Low's signature sound by injecting acoustic guitar and piano into the mix, filling in previously vacant space in their often-skeletal songs. Live, the new tracks integrated smoothly into a career-spanning setlist, aided by bassist Steve Garrington's double-duty on keyboard. Oddly, 2007's Drums and Guns, perhaps the most effects-driven record in their catalog, was one of their only records mostly neglected, despite repeated requests for single "Breaker." 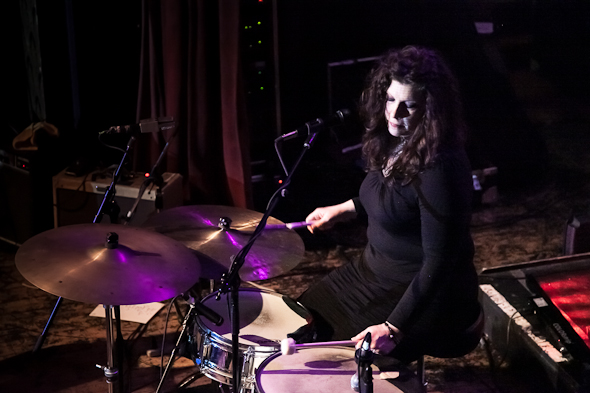 Regardless, each song played emphasized the band's clear mastery of dynamics. For a group so often characterized as slow and maudlin, they were rarely quiet for very long. Sparhawk indulged in Crazy Horse-esque solos to signal the simmering tension had reached boiling point, and the three-piece frequently sounded as if they were augmented by at least a few additional musicians.

The dynamic range also extended to the set's pacing, with drummer Mimi Parker taking lead vocals on about a third of the songs. This prompted admiration from the crowd, and deservedly so - her voice provides a haunting contrast to Sparhawk's tenor, despite her nary saying a word between songs. The encore found the pulse picking up a bit, with the crunchy (and appropriate) "Canada" being one of many highlights in an ultimately satisfying set.

Oh, and even though Low in 2013 may end a song with a repeated coda of "happy birthday," I wouldn't necessarily call them up for your next b-day bash. Definitely catch them whenever you can, though. 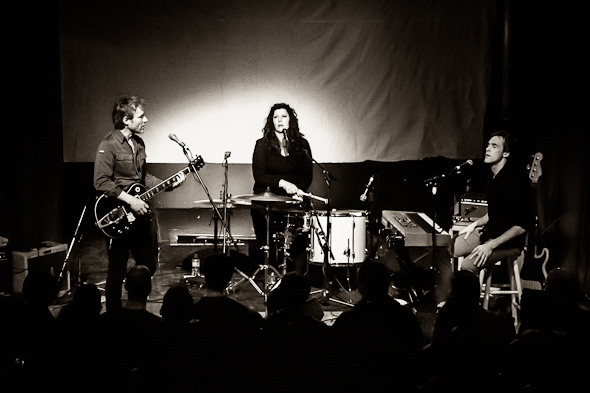 Canada
Murderer
When I Go Deaf