How To Dress Well and Sky Ferreira hit up Wrongbar

How To Dress Well played an intimate performance for a rather crowd at Wrongbar on Wednesday night. Half were there for the ethereally voiced Tom Krell while the obvious throngs of pop tarts showed up to pay homage to their latest idol, Sky Ferreira. The Aussie codeine-trance-inducing-shoegazer-band High Highs was also in attendance. World of Posters Queen W. location must have made bank on fake IDs for the concert as there were a hell of a lot of youngsters that got in. 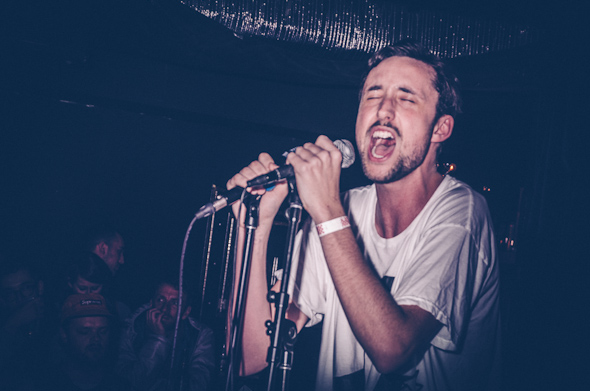 Dressed in a baggy, too big for his frame Grace Jones t-shirt that he tended to awkwardly ring his hands through in concentration (some of us stick our tongues out, others bite our nails) and flanked by an accompanying violinist/lap top jockey and a projection screen, How To Dress Well delivered about 40 minutes of soul-baring modern white boy R&B secrets and told us funny stories. Like the time just a few weeks ago when he was invited to Maxwell's urban hang suite, er home studio, after his show where they ordered macaroni and cheese, popped mollies and listened to Juicy J for hours together, or the time he played Wrongbar in 2008 for the Big Primpin' New Years party.

Also notable was a heart-wrenching a cappella ode to his brother titled "Blue" that somewhat echoed The Verve Pipe's 90s hit "The Freshman" in tone and heart. Hearing the music without beats made me realize how much his style is entirely based on the production that surrounds it. This crooner could easily share the stage D'Angelo or R. Kelly given the right beats... and some clever special effects. 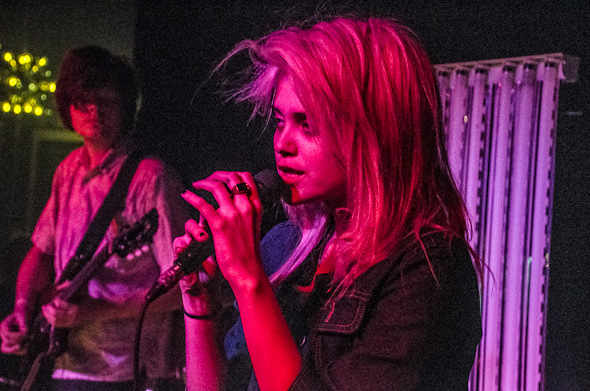 Sky Ferreira's set made some of us wonder if she'd spent too long hanging out with Michael Jackson as a member of his Neverland posse. She can belt out a gamut of songs and styles jumping from guitar led country-blues ballads ("Ghost"), Runaways meets Garbage styled thrash & roll ("Can't Say No"), to Solange-inspired songs ("Everything Is Embarrassing," which shares Blood Orange as a producer and sounds almost identical to the Knowles hit "Losing You." Embarrassing much?) â and has a voice beyond her years. But her black on bleached trailer trash Courtney Love via Pam Anderson Bratz doll look was a little off-putting. 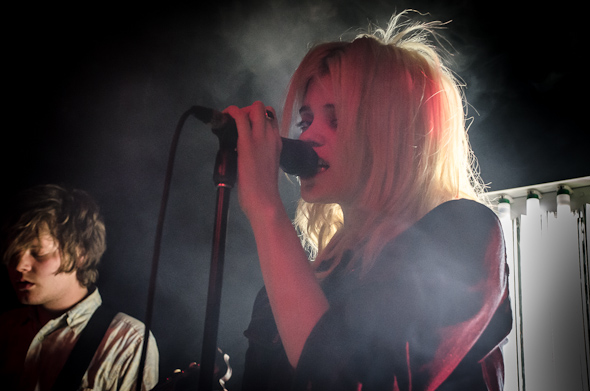 Was she related to one of the Toddlers In Tiaras cast members, or did she just grow up real fast on gogo juice? I'm sure she will come into her own one day as she is incredibly gifted singer and an edgy manufactured pop starlet in the making, but maybe the Forever 21 spokesgirl should loosen her jeans up a bit, as she clung tightly to her safety bubble and relied mostly on flashing those sultry eyes of hers to capture our attention. It's a decent trick, but she should have a few more up her super-skinny jeans by now. 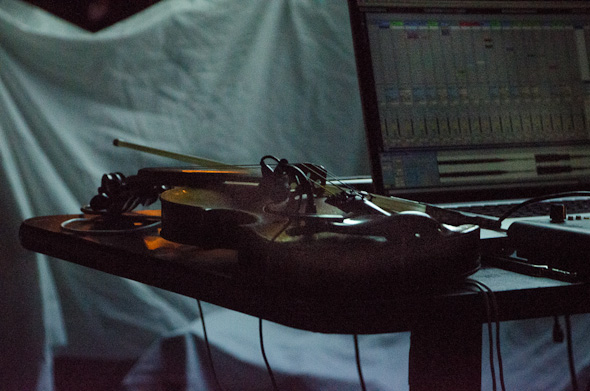 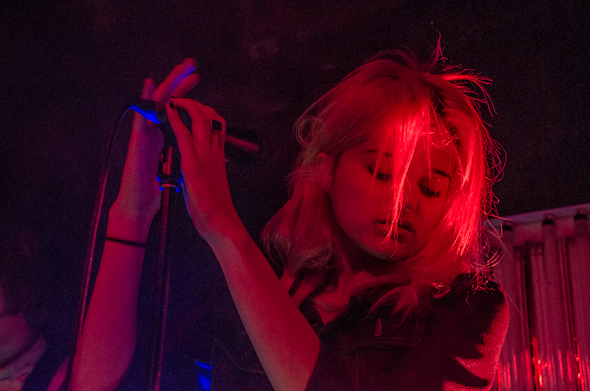 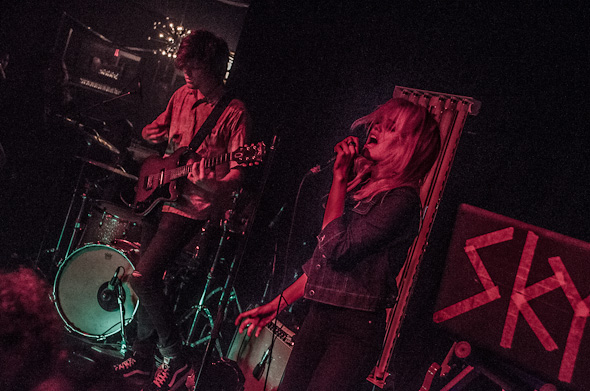 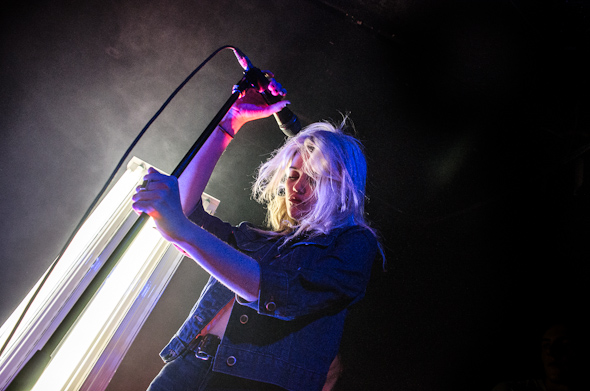